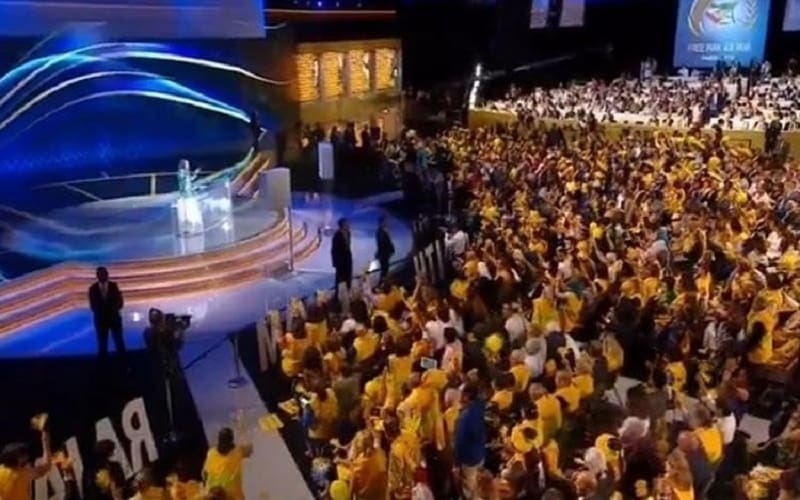 a former intelligence chief and former Saudi ambassador to the US and the UK, expressed support, at a meeting in Paris organized by exiled Iranian dissidents, to ending the rule of the clerical leadership established in Iran after the 1979 Islamic revolution. 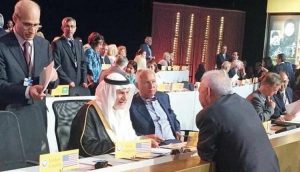 The exiled Iranian dissidents, gathered in the People’s Mujahideen Organization of Iran (PMOI) or by its Persian name Mujahideen e-Khalq Organization (PMOI) are seeking to end the rule of the clerical leadership in Iran.

“Your legitimate struggle against the regime will achieve its goal, sooner or later… I, too, want the fall of the regime” Prince Turki stated.

He claimed that Hamas and Islamic Jihad also cooperate with Iran to destabilize the region. The speech delivered in front of several Western political figures received significant media attention in Saudi.

Iran is yet to officially react to the speech but state news agency IRNA quoted a source at the Foreign Ministry saying Saudis “use terrorism and terrorists to further their aims against regional Islamic countries.”

Hamas rejected the accusations made by the Saudi prince as “lies and baseless remarks.” The statement from the group which controls the Gaza Strip added that it is dedicated to “fighting the Zionist occupation in the land of Palestine and has only Palestinian agendas.”

Hamas also went on a counter-offensive claiming that Faisal’s speech was geared towards serving the “Zionist occupation that provides further pretexts to carry out aggression against the Palestinians.”

The prince’s statement was also condemned by the Islamic Jihad group. 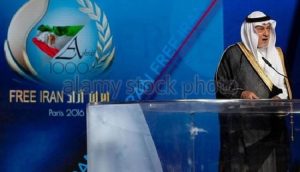 Analysts think that Faisal’s speech could be an insight of Riyadh’s policies against Tehran in their increasing bout for influence in the region.

With both countries accusing each other of backing armed rebel and extremist groups, they could now be modeling the approach of befriending the enemy’s enemy so as to form a united front against a common enemy.

PMOI used to be close to Saddam Hussein in the 1980s during Iraq’s war with Iran and the bond continued until the fall of his regime in 2003.