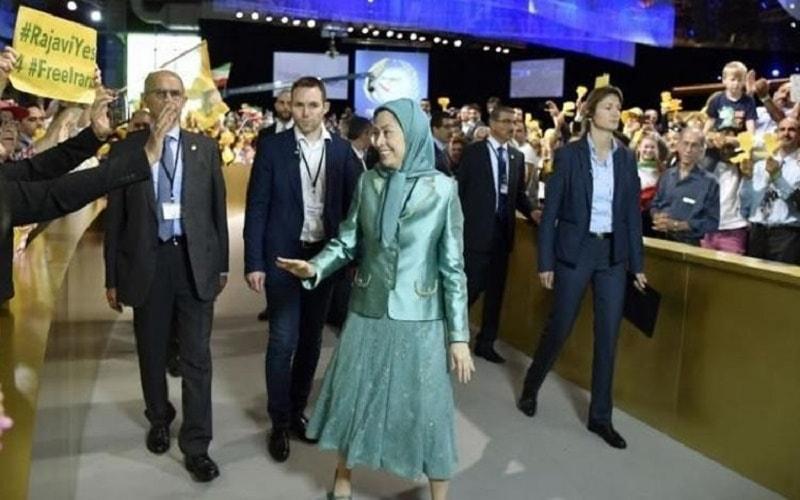 The National Council of Resistance of Iran (NCRI), the parent coalition of the opposition People’s Mujahedeen Organization of Iran (PMOI), has organized the “Free Iran” rally during last weekend in Paris with the participation of dozens of thousands of Iranian dissidents.

This was followed by the regime summoning the French ambassador in Tehran to its foreign ministry to tell him they would not tolerate a peaceful gathering of Iranians in Paris who desire a regime change in their homeland.

The Swiss Ambassador in Tehran was also summoned to the regime’s foreign ministry to receive hysteric rant to be delivered to the government of Saudi Arabia.

The mullahs also summoned Egypt’s chargé d’affaires in Tehran t “strongly protest” against the presence of Egyptian lawmakers in the Paris gathering which suce of Iran (NCRoI). Accordingpported the National Council of Resistan to the mullahs, the official parliamentary delegation of Egypt had no right to decide on standing with the Iranian people and its Resistance movement.

The mullahs’ state media quoted some bogus Palestinian figures to attack the Palestinian delegation which participated in the event.

In a furious attack on the participating dignitaries, they were all called terrorists! The mullahs have been hysterically shouting who the hell are you to interfere in Iran’s internal affairs? This made the dignitaries laugh at the mullahs and ask in reply what the hell are you mullahs doing in Syria, Iraq, Yemen, Bahrain, Lebanon and elsewhere?

In the rally, the group denounced the government in Tehran and called for its toppling.

Head of the French-based NCRI, Maryam Rajavi, said Tehran is concealing its “failure” by supporting “massacres” committed by the Syrian regime during an indoor rally in Paris.

She said “those resisting Wilayat al-Faqih regime are increasing and spreading their influence.”

Wilayat al-Faqih, meaning the ‘Guardianship of the Islamic Jurist’ is Iran’s current system of clerical rule.

The event was attended by my international figures including US diplomats, European and Arab officials and figures, which showed the “strong global support” to Iranian opposition’s demands, according to Rajavi.

Originally published in the english.alarabiya.