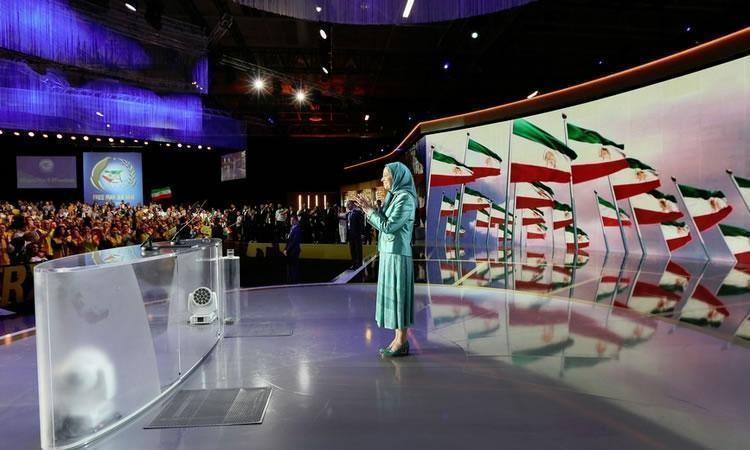 Speaking on the second day of the annual meeting of the National Council of Resistance of Iran (NCRI) in Le Bourget, near Paris, she said forcing the mullahs to capitulate to the UN Security Council resolutions is the only way to prevent them from obtaining the nuclear bomb. She called for a democratic non-nuclear Iran, the report said.

Maryam Rajavi, president-elect of the National Council of Resistance of Iran (NCRI), said the Decisive Storm and the regional coalition against the aggression of Tehran’s religious fascism in Yemen, the impact of the crippling sanctions as well as successive US Congress’ warnings “finally compelled the clerical regime to reluctantly take one more step back after 16 months of talks.”

Maryam Rajavi could expose the mullahs’ secret nuclear sites while no other government had any information about them.

Yes, the time has come for exposing the executioners until the day when they will be held to account before the Iranian nation.
But, what force is this alternative relying on? It is relying on an organized and united movement with thousands of trailblazing and selfless members.

It relies on the genuine support of Iranians at home and abroad and the tireless efforts of its dedicated supporters.

It is relying on political prisoners, who reaffirmed their support recently for this gathering from the depth of their cells and dungeons. It is relying on women, workers, teachers, professionals, and selfless youths.

It is relying on their unsparing love and generous support, those who barrow money and sell their houses and properties to help keep this Resistance independent, strong, and solidified. With the efforts and the audacity of members of the Iranian Resistance, we could expose the mullahs’ secret nuclear sites while no other government had any information about them. 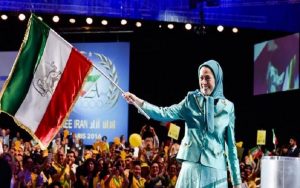 She explained that this retreat was out of fear and pressure and in clear contradiction to the guidelines given by their supreme leader Ali Khamenei two weeks earlier.

Mrs. Rajavi warned that “leniency and unwarranted concessions by the P5+1 to the least trustworthy regime in the world today only grants it more time and further aggravate the dangers it poses to the Iranian people, to the region and to the wider world.”

The National: Iran’s regime ‘is weakened and engulfed in real crises’