Turki bin Faisal: we stand with Iran ,with heart and soul’

We in the Muslim world stand with Iran, heart and soul’The Washington Times – By Prince Turki bin Faisal Al-Saud Thank you for inviting me to speak to you today. There is a tradition that states that the Prophet Muhammad, (PBUH), once gestured towards his Persian companion Salman and said, “Even if faith were near the Pleiades, men from among the Persians would attain it.”

This tradition points to a few fundamental truths about Persian history and identity. In the pre-Islamic world, the Persian Sassanian Empire extended from Turkey and Egypt in the west to the Indian subcontinent in the east; it was a cultural and political force rivaling that of ancient China, India or Rome.

Eventually, the Persians embraced Islam; the Persian language adopted its own version of the Arabic script and borrowed heavily from Arabic vocabulary.

The Persians of greater Khorasan, the name that the Arabs took to designate the geographic area that includes present-day Iran, Uzbekistan, Afghanistan and Tajikistan, were a key factor in the development of the politics of the Islamic Umma and became an important component in another Golden Age alongside the Arabs; one with far more geographic breadth and cultural diversity than before.

As Europe struggled in its Dark Ages, Khorasan produced some of the Islamic world’s most famous scientists, mathematicians, theologians and poets. Al-Ghazali, the theologian, scholar and mystic often referred to as one of the most important Muslims after the Prophet Muhammad’s (PBUH) companions, was from a city near Mashhad.

The legendary polymath Avicenna (Ibn Sina,) the greatest scientist and medical scholar of his age, the author of over 400 texts and a master of the Greco-Roman and Indian scholarly traditions, made time to compose poetry in his native Persian.

But even in the cosmopolitan Islamic Golden Age, alongside Arabs, Turks and others, Persian culture held some nostalgia for the purity and power of their own history.

The poet Ferdowsi’s Shahnameh, or Book of Kings, an epic of Persian legends and history from the dawn of time until Islam, was written around the year 1000 AD. As he wrote the Shahnameh, Ferdowsi was careful to avoid Arabic influence on his vocabulary — he wanted a Persian epic to be represented in undiluted Persian prose.

The Iranian Revolution of 1979, which installed the powerful yet polarizing Khomeini as Supreme Leader, was a new and vastly different articulation of Iranian identity.

Khomeini’s claim to rule was based on his interpretation of the concept of vilayet-i faqih, the “guardianship of the jurists,” a Shi’ite doctrine articulated in the late 19th century in face of a perceived increasing Europeanization of the Iranian imperial elites, which gave varying degrees of civil authority to religious scholars trained in Shi’ite Islamic law as opposed to the westernized imperial administrators and imperial family.

Of course, despite this isolationist and interventionist foreign policy, the first and foremost victims of Khomeinism have been the Iranian people themselves — not only the political activists opposed to his all-encompassing, authoritarian and totalitarian ideology, but also to the ethnic and religious minorities of Kurds, Arabs, Azaris, Turkmans, Baloch, Sunnis, Ismailis, Bahais, Christians and Jews of Iran against the clerical Twelver religio-political elite of the Revolution.

Today, the lofty beauty of the Pleiades can seem very far indeed from the reality of daily life in Iran. The country is marked not by worldliness or even by religion but by isolation; in contrast to the travelling artists of the Sassanians and the multilingual scholars of the Islamic Golden Age, many famous and well-respected Iranian artists today have trouble even getting on a plane to another country.

Iranian policies under the Khomeinist regime since 1979 are constitutionally based on the principle of exporting the revolution, violating the sovereignty of countries in the name of “supporting vulnerable and helpless people.

This has been the case over the years in Iraq, Lebanon, Syria, Yemen, and elsewhere, relying on the Khomeinist regime’s support of terrorism through the provision of safe havens in its country, planting terrorist cells in a number of Arab countries and even being involved in terrorist bombings and the assassinations of opponents abroad. 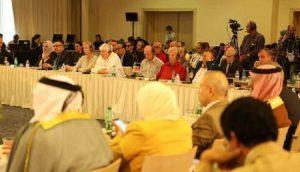 Be it in Morocco, Egypt, Palestine or even amongst Iraqi Shi’ites and Syrian Alawites themselves, Iranian interference is increasingly despised for the ruin it perpetuates and requires to be useful for the regime in Tehran.

Elsewhere, the regime has supported groups from Sudanese Islamists, to the Japanese Red Army, the sectarian armed militias of the Iraqi Dawah Party, the Islamic Front for the Liberation of Bahrain, Lebanese Hezbollah, Hamas in Palestine and Islamic Jihad in Israel, the global organization of Al-Qaida and the Hizballah in the Hijaz — all for the purpose of destabilizing Saudi Arabia and the Gulf states, so as to assist sectarian and revolutionary militants in these countries to replace the existing governments with proxies and puppets of the Khomeinist regime.

Khomeini wore the black turban that signified his pride in his long and noble Arab lineage. Today Khamenei and even Nasrallah wear it also.

But the Iranian leadership’s meddling in Arab countries is backfiring. The recent popular protests in all Iraqi cities, from Basra, where the Shi’ah make up the majority, to Kirkuk, where they don’t, carried banners saying and they chanted: Iran, get out. Just this week, popular demonstrations in Abadan chanted, leave Syria. 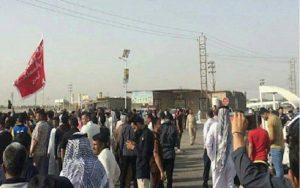 In conclusion, the Islamic conversation is richer with the Iranian voice in it — likewise, the Muslim world too benefits from a strong, proud and influential Iranian presence;

however, their approach must be one of mutual cooperation, exchange, and respect — as has proven necessary in all epochs of history with a strong Middle Eastern world.

The Khomeinist regime has brought only destruction, sectarianism, conflict and bloodshed — not only to their own people in Iran, but across the Middle East.

And you, Ladies and Gentlemen, your legitimate struggle against the Khomeinist regime will achieve its goal, sooner rather than later. The uprisings in various parts of Iran have ignited, and we in the Muslim world stand with you, heart and soul.

We support you, and we pray to God that He guide your steps so that all components of the people of Iran get their rights.

And you, Maryam Rajavi, your endeavor to rid your people of the Khomeinist cancer is an historic epic that, like the Shahnameh, will remain inscribed in the annals of History.

Iran is supporting and equipping the Shia militia in Iraq