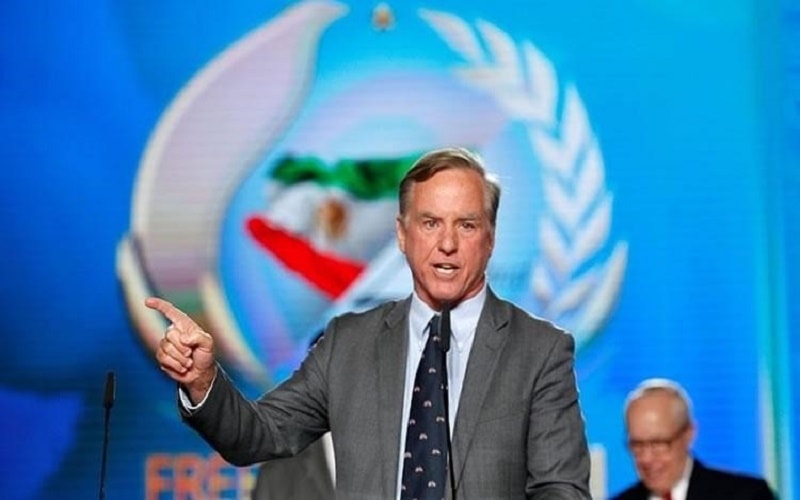 Howard Dean: War criminals ‘should be treated’ as such the Washington times – By Howard Dean – July 13, 2016 – We appreciate Maryam Rajavi and all of you for the opportunity to find common ground. And I hope we can do that more after this coming election.

I also want to congratulate the resistance on the size of this crowd. I do want to thank the State Department. e I’ve had a lot of harsh words for the Stat Deparment over the years on the issue of keeping their word to the people now at Liberty and before at Ashraf. And the State Department still has a long way to go.

We still have about a little over a thousand people who are political prisoners held in Iraq — supposedly our ally whom we’re giving billions of dollars to every year — and for some reason we can’t seem to get these folks out in a timely way.

But at least we have made progress since the last time we were here. And I very much hope that we are here next year, and next year will be the last year we’re here, because the year after next year we’re going to be having this convention in Tehran.

We’ve heard a lot about it, and I’m not going to go through all the statistics, but not only have they murdered 2,500 of their own people in the last three years under the supposed moderate Rouhani, but they have helped murder 250,000 Syrian civilians by supporting the Butcher of Damascus, Bashar al-Assad.

And let me remind my Americans at home that this is not just a matter of something that is going on in Iraq or Iran…. Rafsanjani and Khamenei were in the room when the decision was made by the Iranian intelligence community to blow up the Jewish center in Buenos Aires in Argentina. These people are war criminals and they should be treated as war criminals.

We want somebody who just happens to be here, with a 10-point plan of Maryam Rajavi in Iran, to support people of all religions. We want in Iran what you are asking for, which is a secular government that respects Christians, as well as Muslims as well as Zoroastrians, as well as Jews

Turki bin Faisal: we stand with Iran ,with heart and soul’