The MEK, main opsition and the free Iran rally 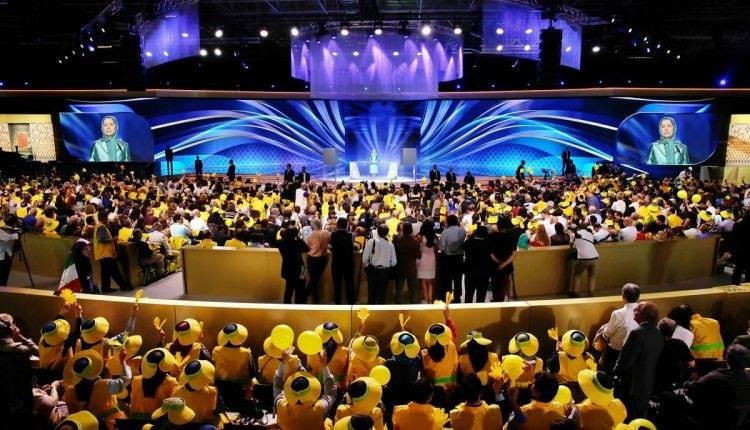 The MEK and the free Iran rally, Over 100,000 dignitaries, politicians and activists will gather in Paris this Saturday to support the Iranian people and their call for regime change in Iran at the Free Iran rally.

The annual rally, organised by the People’s Mojahedin Organization of Iran (PMOI/MEK), has attracted supporters of the Resistance from around the world, as far afield as Saudi royalty, US lawmakers, and European national security experts.

The MEK is the biggest member group within the National Council of Resistance of Iran (NCRI),

a coalition of Resistance groups, which together serve as a government in exile in France.

The MEK can be traced back over 40 years, before the fall of the Iranian Shah in 1979. They helped to overthrow Shah Mohammad-Reza Pahlavi’s in the hopes of establishing a democratic government who would rule on behalf of the Iranian people, however, this was not to be.

Ruhollah Khomenei and his supporters co-opted the popular revolution in order to further subjugate the people of Iran. They took over and established a theocracy, which imposes a fundamentalist reading of Islam onto the people, rather than a democracy that was needed.

The MEK spoke out against this, noting that the Iranian Regime was barely even paying lip service to democracy by holding sham elections and having Khomenei take over as Supreme Leader and essentially serve as the dictator of Iran.

The Regime did not take kindly to this and quickly began to persecute the MEK for speaking out against them, eventually criminalizing association with the MEK and imprisoning many. Most of the leaders of the MEK were forced into exile in Iraq, where they tried to bring down this second dictatorship.

Unfortunately, these efforts just led to violence of behalf of the Regime.

In 1988, Khomenei issued a fatwa that ordered the execution of political prisoners, who were mainly members of the MEK. This began the greatest crime against humanity since WW2.

On Iran Focus, Jubin Katiraie wrote: “The regime convened what came to be known as the Death Commission, assigning three judges the task of briefly interviewing prisoners to determine whether they retained any sympathy for the MEK or harboured any resentment toward the existing government. Those who were deemed to have shown any sign of continued opposition were sentenced to be hanged.”

It did not matter to the Regime whether a prisoner had served their sentence in full (many had), were under the age of 18, or indeed was pregnant. They slaughtered 30,000 people over a matter of months without even the semblance of justice.

The Regime hoped to eradicate the MEK, but you cannot kill an ideology. Those who survived, mainly due to not having been in prison or being in exile, were able to spread the truth about the Regime and recruit more supporters.

The MEK is the best resource that many international governments have for knowing what exactly goes on within Iran, as many of its members have managed to covertly infiltrate the Regime and gain access to highly classified files and locations.

In 2017 alone, the MEK has revealed that Iran is still working on the nuclear programme in breach of the 2015 nuclear deal, has a network of 14 terror training camps, and has a much more advanced ballistic missile programme than most people thought.

Their efforts are helping to shift US policy on Iran in favour of the Resistance who are warning the US about the dangers they face. It has already led to increased sanctions against the country for its support of terrorism, human rights abuses, and ballistic missiles programme, but could soon lead to the designation of the Iranian Revolutionary Guards Corps (IRGC) as a terrorist organisation, which would mean further sanctions, or a public support for regime change in Iran.

The MEK also broadcasts news and events about the Iranian Resistance to the people of Iran, through banned satellite channels. They will do this again on Saturday, so that the people of Iran, whose internet and media is highly censored by the Regime, know that they are not alone.

Maryam Rajavi, the elected President of the Resistance, receives a great deal of support among the Iranian people, because of her ten point plan to create a non-nuclear, secular Iran, with human rights and gender equality. 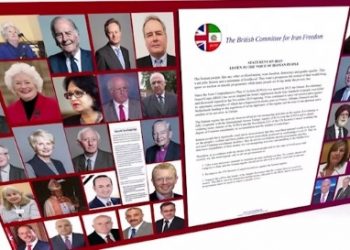