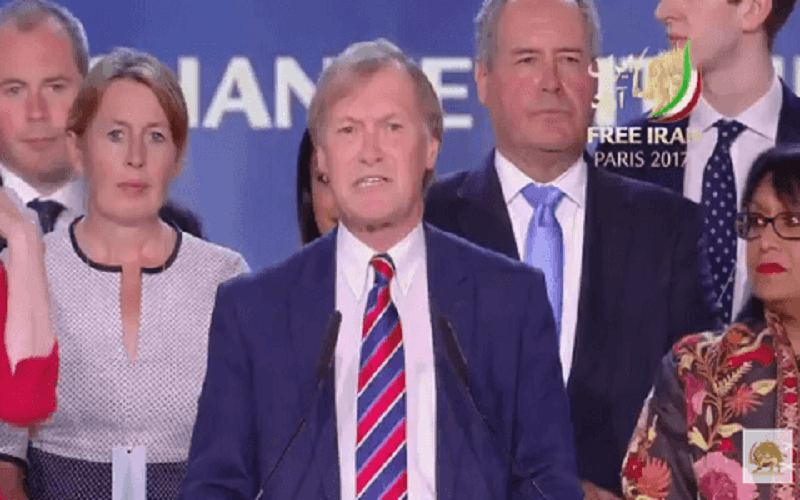 UK MP supports Iranian resistance and calls for regime change , British politician and Member of Parliament, said at the “Free Iran” rally that evil will prevail because of inaction. He said: “(…) for evil to prevail all it needs is for good women and good men to do nothing.” He said that he was there with the other members of the British delegation to ensure that something does happen.

He said that the British Parliament feels very strongly on matters of democracy and action must be taken immediately to put an end to the suffering in Iran.

Amess pointed out that the regime has been becoming weaker and weaker, especially in the past year, and said that the mullahs are becoming more and more isolated, both internally and externally. He praised the Iranian Resistance for expanding its activities in the country because it is contributing to this isolation.

The Resistance, he said, is the only democratic alternative to the theocratic regime.Instead of focusing on condemning the Iranian regime for its violations and abuses, Amess said he wants to focus instead on regime change which he believes is very close. He said that it is important to focus on Mrs. Rajavi’s ten point plan that is based on human rights, democracy and freedom.

Regarding the residents of Camp Ashraf who are now free and living in Albania, Amess said that it is very unjust that their properties have been taken from them by Iraq. He said: “Iraq refuses to let them possess their properties. Cause for compensation and conciliation are needed. And it is the obligation, yes it is the obligation of the international community, the United Nations, and the United States government to change Iraq’s mind. We will certainly do our best in the United Kingdom Parliament towards achieving that end. So, let us hope that in the future freedom and justice will be secured for the people of Iran and their vanguards, the PMOI members.” 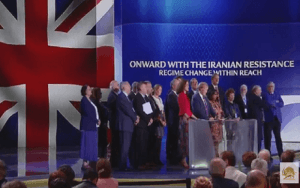 He also said that he, and the other members of the delegation from the United Kingdom, were proud to be there and to support the cause. He said that he wants a free Iran where people live in a democracy. 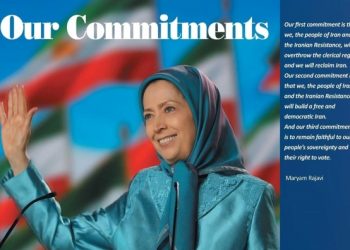