Giuliani: Trump is ‘committed to’ regime change in Iran 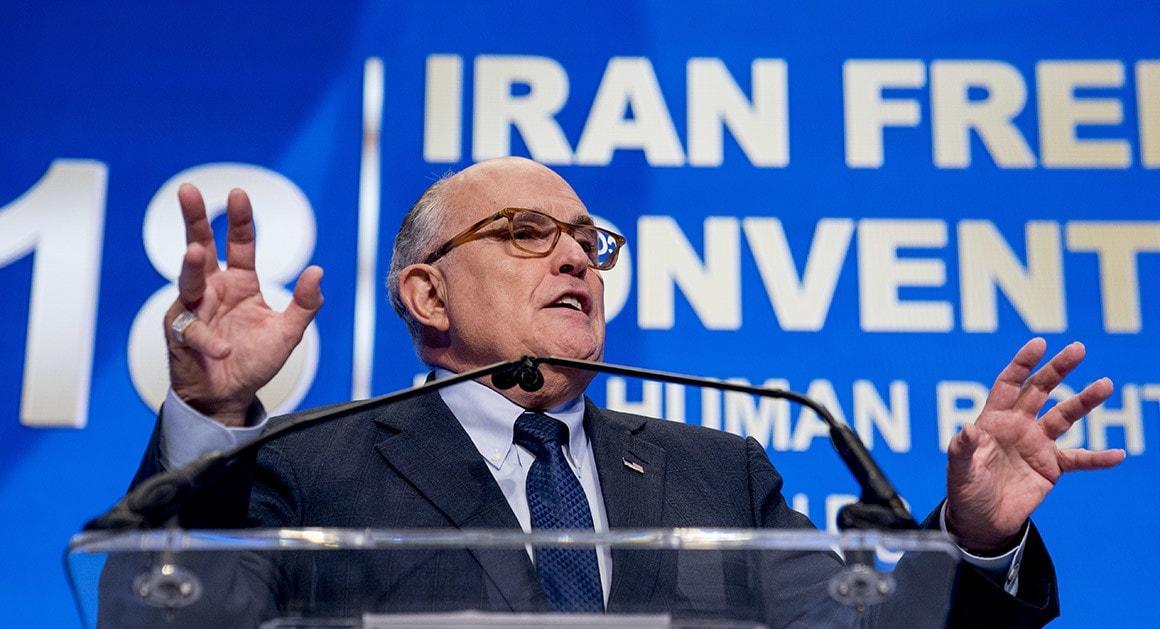 Rudy Giuliani pushed for regime change in Iran on Saturday, saying President Donald Trump is “as committed to regime change as we are.”

It’s “the only way to peace in the Middle East” and “more important than an Israeli-Palestinian deal,” Giuliani, Trump’s newest attorney in the ongoing Russia probe and a former mayor of New York City, told reporters after giving a speech to the Iran Freedom Convention for Democracy and Human Rights in Washington.

The speech was hosted by the Organization of Iranian-American Communities, a group that aims to promote democracy in the Islamic Republic and was supportive of the December protests there.

At one point in his speech, Giuliani, who has served as an informal adviser to Trump and was under consideration to be his secretary of state, pretended that his notes were the Iran nuclear deal, ripping them up and spitting on them.

The White House is considering the future of the Iran nuclear agreement struck between Iran and the U.S., five other countries and the European Union.

During the December protests in Iran, Trump tweeted that it was “TIME FOR CHANGE!”, adding “the great Iranian people have been repressed for many years.”

“Iran is failing at every level despite the terrible deal made with them by the Obama Administration,” Trump tweeted on Jan. 1. “The great Iranian people have been repressed for many years. They are hungry for food & for freedom. Along with human rights, the wealth of Iran is being looted. TIME FOR CHANGE!”

As a congressman, Mike Pompeo, now secretary of state, wrote in a Fox News op-ed “Congress must act to change Iranian behavior, and, ultimately, the Iranian regime.” His predecessor at State, Rex Tillerson, also voiced explicit support for regime change, telling CNN, “we always support a peaceful transition of power.” A top State Department official la
Giuliani caused confusion earlier this week when he said that three Americans being held in North Korea were going to be released on Thursday. As of Friday morning, CNN reported that the National Security Council had no update on the situation. Trump told reporters Friday afternoon that he has been “constant contact” with North Korea.

Amid the focus on his comments about the release, Giuliani told reporters Saturday, “The less said about it, the better,” adding he does not know anything about the status of the prisoners.

“Nothing has changed, they’re working on it,” Giuliani added. “I’m not privy to what they are doing. I’m reading the newspapers just like you are.”