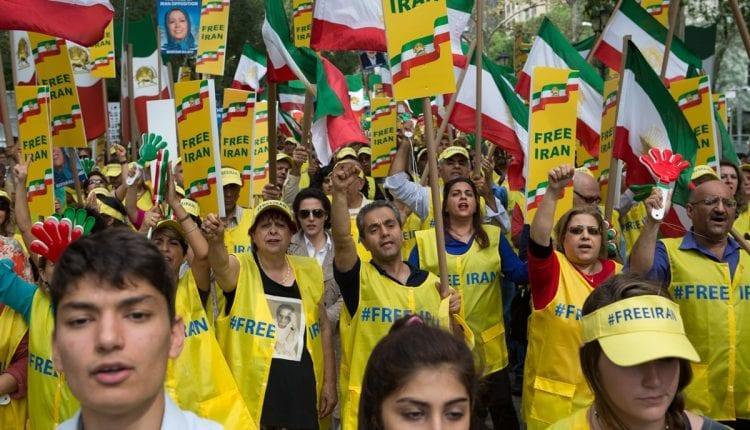 In the wake of Nowrouz — the Persian New Year celebration — on Tuesday, it is easy to paint a bleak picture of the situation inside Iran. Though ruled by a theocracy, it is easy to see that the country is poised for transformative change, driven by its increasingly restive and organized pro-democratic population.

The last year in Iran was a difficult one. Although some had taken President Hassan Rouhani’s promises of reform seriously upon his election in 2013, he entered the last full year of his first term with a record of inaction on most issues, while directly contributing to the worsening of others.
Official figures of executions in 2016 exceeded 400, virtually guaranteeing that the regime will retain its status as the foremost per capita executioner in the world. In 2015, approximately 1,000 executions were carried out under Rouhani, making it the bloodiest period in more than two decades.

The regime has also initiated a major crackdown on human rights activism, independent journalism and any sort of perceived sympathy for Western lifestyles. With the May presidential elections approaching in which Rouhani will be vying to retain his seat, the crackdown has taken a wider scale.

It has been driven both by the Iranian Ministry of Intelligence, which is under Rouhani’s control, and by the Islamic Revolutionary Guard Corps (IRGC), which is close to Supreme Leader Ali Khamenei. This fact underscores what most Iranians understood in 2013 when Western figures like then-President of the United States Barack Obama suggested that Rouhani would provide a pathway to reform.

The falsity of Obama’s message was underscored over and over again in recent year by supporters of the Iranian resistance both inside and outside of Iran. Their opposing message was that genuine reform from inside the regime is a naïve fantasy.

The only source of real change in Iran will have to come from the Iranian people. That message explains why I and so many other Iranian-Americans are prone to assessments of their country’s status which are, at once, both bleak and optimistic.

There have certainly been bright spots in the past year, but none of them have come from within the regime. Some have consisted of Iranian activists rising up in protest, defying threats of reprisal and sometimes winning concessions from noticeably begrudging government officials.
Others have consisted of foreign developments that show the ongoing growth of international support for the Iranian resistance that have improved prospects for the resistance to facilitate the necessary regime change to secure democracy in Iran and contribute to lasting peace in the region.

Supporters of the Iranian resistance believe that the regime’s actions will result in a social backlash reaching a critical mass. That is when real democratic change will start.

The increasing population of Iranian political prisoners, together with their worsening treatment, has touched off a wave of hunger strikes. Some of these prisoners inspired solidarity protests outside prison walls and have drawn international attention to the plight of the prison population as a whole.

Other Iranian activists have taken it upon themselves to call for the release of their colleagues, thus keeping attention focused on the general repression and the specific plight of such political dissenters, religious minorities, labor activists, and others.

Iran’s increasing overreach in foreign conflicts has, at times, demanded an international response, thereby bringing about the opposite of the regime’s intended outcomes. The prime example of this in the past year was the constant Iranian efforts to destroy the Iranian Resistance community that had been housed in Camp Liberty, Iraq.

In mid-2016, however, the last of the Camp Liberty residents successfully relocated to safety in Albania and throughout Europe, a major defeat for the regime. These democracy advocates will now operate with the freedom to continue their efforts to encourage firm international policies toward Tehran, and ultimately to bring about democratic change for the people.

The current president has already shown himself to be willing to confront the IRGC, having ordered a review of their potential designation as a foreign terrorist organization. His overall rhetoric on the Iranian regime shows that he is unlikely to take as much convincing as his predecessor when it comes to showing support for the country’s exiled dissidents or for the many activists languishing in Iranian prisons.

For policymakers with the means of influencing that answer, it can be an opportunity to not only look forward to positive change, but to actually help bring it about.

Iran Protests: Who are the iranian opposition and who will rule if the regime falls?