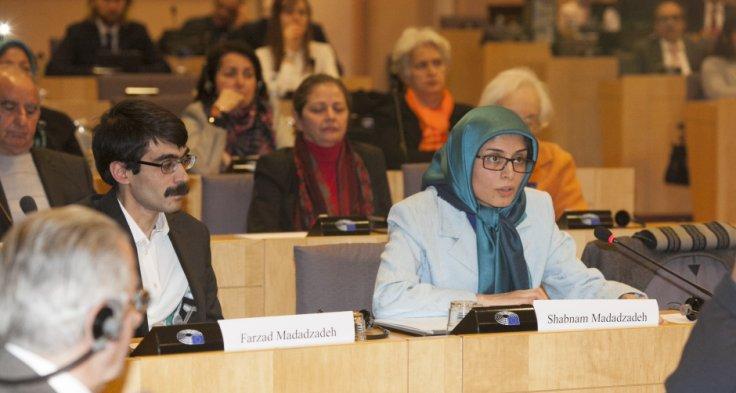 The Iranian regime kidnapped me for speaking up for democracy and human rights as a student.June 30, 2017– A picture taken on July 2, 2009 in Paris, shows a poster reading Free IranGetty
Everyone has a story to tell. Mine began in prison. Many people have experienced gruelling pain and suffering first hand.

But what I experienced in one of Iran’s notorious prisons still haunts me.It all began in 2009. I was a student activist whose only crime was to have an opinion. I did not have a strong political viewpoint with an end goal articulated or formulated in my mind. But I could see with my own eyes human rights in Iran were being violated every day all around me. Lots of Iranian university students could see it. And they wanted change.
I was 21 when the regime arrested me for speaking out. On 19 February 2009, as I was leaving the university campus, an unmarked car stopped the taxi cab in which I was a passenger.
Agents literally kidnapped me and took me to a detention centre. I repeatedly denied the ludicrous allegations they were making, after which they told me to contact my brother, Farzad, to come and take me home. But as soon as he showed up, they arrested him too. We were both transferred to Evin, Iran’s most notorious prison.
The regime’s ‘courts’ then sentenced us to five years in prison. The incident had an enormous physical and mental toll. I began to suffer from an array of physical complications and the regime did not provide basic medical treatment. But that is not the worst of it all.
While in prison, the regime’s agents harassed and tortured my brother in front of my eyes. They used to beat him, saying ‘no one knows about you outside of these walls.’ The loudmouth agents would add while still beating him: ‘No one is paying attention to what is happening to you here, and everyone will forget about you because you don’t matter.’
Those words still echo in my brain: ‘No one knows about you outside of these walls…’
The vivid images of my brother’s suffering still haunt me. But I will also not forget his resistance and perseverance. He used to tell me: ‘They are lying. There are scores of Iranians outside these walls who know and they won’t forget.’
I was pessimistic.
I was ultimately released in 2014 after spending five arduous years in prison. By age 26 I thought I had seen it all. But what my brother told me about the ‘people outside these walls’ triggered something in me. I wanted to know who they are. He used to tell me there is a vibrant opposition whose supporters are well-educated, dedicated, young and enthusiastic about democratic change in Iran. They gather every year near Paris to echo the demands of young people for regime change.
The more I learned the more curious I got.

On Saturday, 1 July, I will attend the very ‘Free Iran’ rally in Paris that I used to hear about in prison; the very rally that triggered hope and a sense of interest in people who, like my friends and I back in Iran, condemn the regime’s horrific human rights violations.
I have mixed emotions. On the one hand, I cannot wait to see thousands of like-minded democracy activists gathered in one place, condemning the extremist theocracy ruling Iran. On the other hand, I think about my friends and colleagues who did not make it. Following the 2009 uprisings, the regime imprisoned, tortured and killed many political activists.
Yet there is hope, because I will join tens of thousands of others during the Free Iran rally in Paris to echo the voices of the fallen heroes of my homeland. And I am hopeful that the world will listen to those voices because I am beginning to think that the regime is wrong.
People outside prison walls care and they will not forget about the plight of those languishing inside those walls. I have pledged to be their voice and that of the millions of Iranian youth who want change. That is why I am attending the #FreeIran rally.

United Nations-Geneva: Speech by Dr Alejo Vidal-Quadras at the Conference on Human Rights in Iran 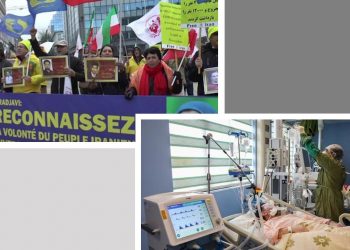 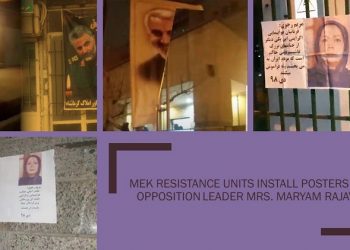 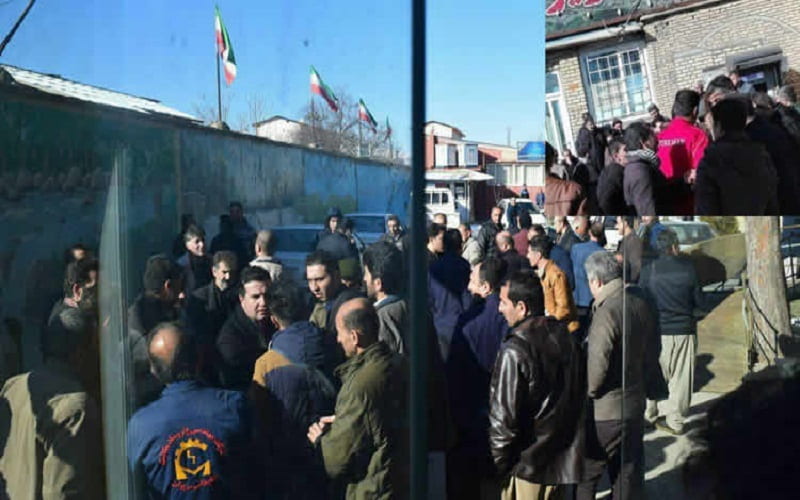