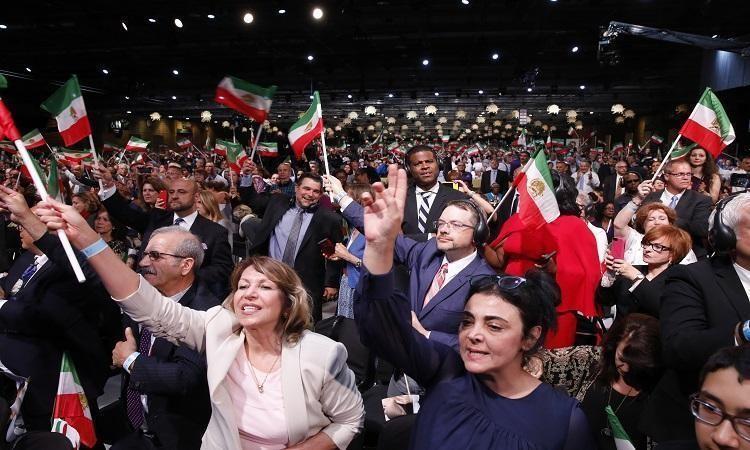 The grand gathering of Iranians and supporters of the Iranian Resistance was held in Paris on Saturday, July 1st, in which hundreds of senior former officials, lawmakers, and prominent personalities from more than 50 countries in five continents participated.

Giulio Terzi, former Italian Foreign Minister: “European leaders and businesses are ill-advised rushing – at their own risk – to the Iranian market as if Rouhani were making of it a new El Dorado: too often their partners are linked to the IRGC.

World leaders should look to the Iranian people, to the expatriate community: they should stand with them, support the Iranian Resistance, the freedom and human dignity the Iranians are striving for. The message to the mullah’s must be: It’s time for them to go.”

Ireland delegation: An Irish delegation expresses supports of the Iranian resistance for democracy and freedom in Iran

– Statement by 265 members of European Parliament in condemning human rights abuses in Iran and calling for the designation of the IRGC as a terrorist entity;

– Statement by more than 300 lawmakers from the Houses of Commons and Lords in the UK and 100 British Bishops, condemning   the massacre of political prisoners in Iran in 1988 and in support of comprehensive sanctions against the Islamic Revolutionary Guards Corps (IRGC);

– A statement by 320 Italian parliamentarians, condemning human rights violations and the massacre of political prisoners in 1988 and underscoring the need to bring the perpetrators of these crimes to justice;

– A statement by more than 100 Polish parliamentarians, condemning human rights violations and the wave of executions in Iran and on the need to prosecute its perpetrators;

– A statement by the majority in the Parliament of Malta and a large number of lawmakers in the Romanian Parliament;

– A statement by a number of Nobel laureates in support of the goals of Free Iran gathering;

June, the month of expressing solidarity among Iranians for a free Iran