Clouds of war in the middle east has been raining, long time before appointing Bolton. 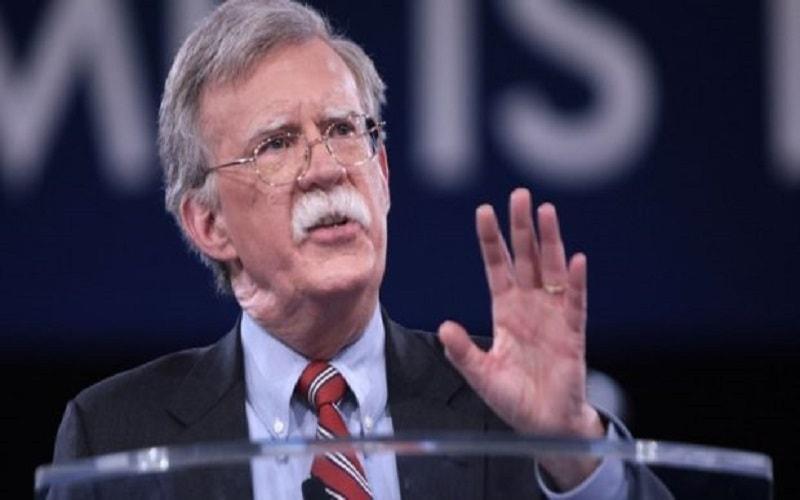 clouds of war are not gathering in the Middle East by appointing Bolton, there has been the shower of blood from a long time ago due to appeasing the Iranian regime

Clouds of war in the middle east has been raining, long time before appointing Bolton.

This week, when US President Donald Trump decided to elect John Bolton as National Security Advisor, some people opposed it.

Many of those who oppose the selection said that Bolton will put the United States in a war situation with rogue state.

There are almost daily articles in the press claiming that Bolton, a former ambassador to the U.N. under President George W. Bush, is an ultra-hawkish warmonger who will not hesitate to attack Iran. The media frenzy has certainly helped to shine a light on the source of these hysterical claims; none other than the ayatollahs, the turbaned tyrants who have oppressed the Iranian people for the past four decades.

To call Bolton a warmonger is a pure deception, given that the Middle East is ravaged by conflicts, largely due to Iran’s aggressive policy of its expansionism. It would be more accurate to label Bolton as a realist, because he has recognized that the West’s policy of engagement with the ayatollahs failed to prevent war and in fact, by emboldening the Iranian regime, provoked further conflict.

This fact must be taken into consideration that Tehran already is at war with the West and is single-handedly responsible for inciting violence in Yemen, Iraq, and Syria. American security interests are already compromised.

Therefore those who are concerned about the potential for war with Iran should embrace Bolton’s appointment and support the administration’s efforts to confront Tehran’s destabilizing regional influence by taking its theocratic regime to task.

And anyone else who doesn’t want an all-out war with Iran, then they need to support Bolton’s appointment as the White House attempts to confront Iran’s destabilization of the Middle East.

If you support this appointment, it will send a strong message to Iran about their nuclear pursuits and other malign activities to actually reduce the likelihood of another American war in the Middle East.

Bolton has identified Iran’s “Islamic Republic” as the source of terror in the Middle East and worldwide. This is why he has been willing to stick his head above the parapet and show his open support for the main Iranian democratic opposition movement — the People’s Mojahedin of Iran (PMOI or MEK). Ambassador Bolton has addressed mass MEK rallies in Paris, which always attract over 100,000 ex-pat Iranians. He has advocated regime change in Tehran as the only way to restore peace and social justice to the 80 million Iranian citizens and to end conflict across the Middle East. He recognizes that years of appeasement under Obama did not prevent conflict in the zone; it encouraged it.

Bolton has been advocating a firm policy with Tehran for the past two decades. He was always against a Neville Chamberlain-like approach and he should now be supported in his efforts to adopt a resolute policy with Iran to prevent more wars and bloodshed in the region. Chamberlain’s policy encouraged Hitler to go to war. Obama’s Iran policy encouraged the regime to export its terrorism and meddling in the region. There is only one way to stop the current wars and conflicts in the region: adopting a firm line with the Iranian regime and supporting the popular uprising for a democratic change in Iran.

suppression of women under the banner of hijab