ITF statement in solidarity with truck drivers in Iran 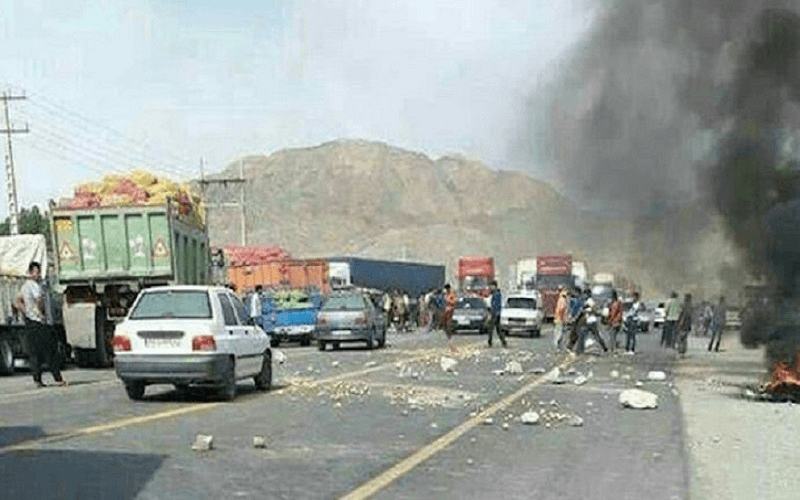 ITF statement in solidarity with truck drivers in Iran

The International Transport Workers’ Federation, on behalf of the 20 million transport workers worldwide that our organisation represents, stands in full solidarity with the truck drivers of Iran as they enter a tenth day of strikes. Truckers in Iran are taking mass action over low wages and rising expenses, as well as for workers’ rights and road safety. Qazvin-Rasht Highway, west of Tehran, 5/31: Striking trucker drivers block non-striking drivers from passing thru

Generally speaking, this is the right approach, even though it has been largely avoided by previous presidents. By the time the Trump administration took office, decades of damage had been done by Western leaders who were all too keen to cut a deal with the ayatollahs for the sake of short-term, short-sighted gains, or in the misplaced hope of encouraging the regime’s moderation. The US took another clear step on Monday when Secretary of State Mike Pompeo outlined new measures that will be put into action immediately.

“Prisoners held at Evin Prison are subject to brutal tactics inflicted by prison authorities, including sexual assaults, physical assaults, and electric shock,” the Treasury Department wrote in its statement. It added that “Iran’s Ministry of Intelligence and Security (MOIS) and Islamic Revolutionary Guard Corps (IRGC) maintain permanent wards in Evin Prison where they hold political prisoners.”

A group of political prisoners from across the country, currently exiled in Ardabil in the country’s northwest regions, have issued a strong letter of support expressing their solidarity with thousands of truck drivers on a general strike in over 270 cities in all of Iran’s 31 provinces.

“Reports of protests and strikes are heard from people across the country. It has been 40 years that the great people of Iran have been prisoners to a regime of utter corruption, destruction, and plundering.

“From Ahvaz to Kazerun, from sugar cane workers in Haft Tappeh to the employees of Arak’s Hepco Company, and now truck drivers across the country; they all share one voice and are on strike… Unity is of the utmost importance.