Iranian alternative  and the perspectives of the future Iran 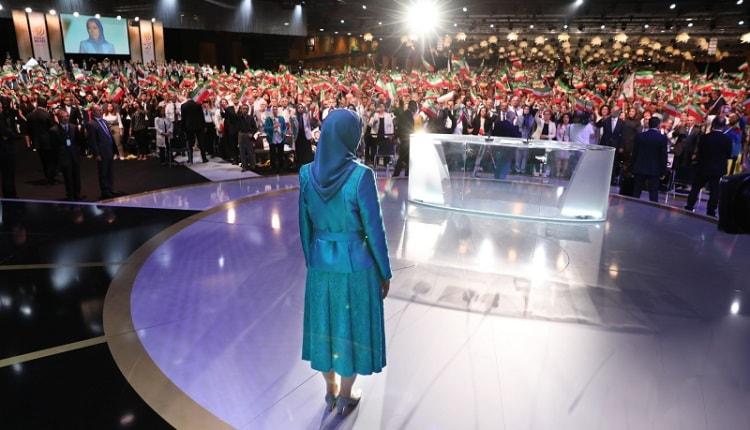 Iranian alternative  and the perspectives of the future Iran

On June 30, 2018, Paris and its suburbs are preparing for another greatest annual “political festival” which the supporters of the National Council of Resistance of Iran, has organized since 2004. Thus every year, Iranians from all over the world, including representatives from Iran, are gathered to look into the internal situation in Iran, which has been under suppression of the clerical regime since 40 years ago. Expatriate Iranians discuss the people’s pain and suffering under the brutal pressure of the regime, also lack freedom alongside with stressed life due to uncertain future and dire economic situation. The annual congress moreover places political, social and economic movements under scrutiny, and assesses all the interior, regional and international developments and their interaction with each other.

This congress will be held in an extraordinary situation and at a historic turning point. The feature of this historic gathering lies in concurrent major global, regional and domestic contexts.

At the national level, the Free Iran Gathering is going to take place in a space of aftermath the uprising of late December 2017 and early January, 2018. The widespread uprising emerged at the time that the Iranian regime was suffering from deep gaps in the political power structure and conflicts at the top of the regime. While the economic and financial and moral conditions deteriorate into its worst state, which was reflected in the disastrous situation of a wide range of people’s livelihoods.  Iranians from all walks of life took to the streets to protest the Iranian regimes political, and economic failures. It was the largest Iranian uprising since 2009, and the vast majority of cities and provinces across the country suddenly rose. This uprising was highlighted by the participation of a large number of women and youth who regardless of being subjected to killing and torture and without fear of the repressive apparatus of this regime, marched and cried for freedom. They voiced their frustration against the criminal expansionist policy in the region by the slogans “Let go of Syria! Think of us!”

And “No Gaza! No Lebanon! My life only for Iran!” The brave protestors showed that they were not cheated by the Mullahs’ deceitful propagandas and chanted “Reformers, hardliners, the game is now over.”    In this way, the people overcome the state of terror created by the regime and clearly called for ending   of Velayat-e faqih, or Guardianship of the Islamic Jurist and replacing this system with a secular government, “Independence, Freedom, Iranian Republic!”

Meanwhile, in the region, the Mullahs have received military and political blows in spite of allocating immense financial and human sources to advance their malign plans. The retreats of the Houthis in Yemen, the results of the Iraqi elections and the attacks on the positions of the Iranian regime in Syria with lots of damages, whilst the regime is incapable for the least response, all hints to the worsening situation and isolation of the regime of the regime in the region.

Also, on the international scene, especially after Tramp’s withdrawal from the nuclear deal and emerging the view of re-imposing sanctions, have driven the companies and financial institutes out of Iran.

The deeds of the United States and its allies against the Iranian regime, are growing in all areas, which shows the seriousness of Trump’s administration on seeking at least practical change of the mullahs’ regime behaviors, contrary to the appeasement policy applied before by the West, which provided the Iran regime lots of concessions and gave it free hand for an aggressive policy in the region and progressing its clandestine nuclear and missile programs.

Although the clerical regime, surrounded by domestic and foreign crises, is trying to save its face by boasting and saber-rattling, the world witnesses the last phase of regime change in Iran. While the clerical regime is on its last legs, the June 30 Congress will undoubtedly be held in an atmosphere of optimism and hope for returning to the homeland. The attendees of Paris gathering will add their voices to the slogans of the Iranian cities, performing the chorus of Freedom. The Iranian people are waiting for the democratic alternative to bring about these hope and change.