This year’s Iranian opposition convention in Paris, scheduled for June 30th, is being welcomed by more lawmakers, Members of the European Parliament and French Mayors.

MEPs from Croatia, Estonia, Finland and the United Kingdom sent a separate message supporting the Iranian people’s uprising and their call for democracy and human rights, in addition to announcing their intention to participate in the Free Iran rally.

Judith Kirton-Darling  a British Member of the European Parliament for the North East England region for the Labour Party. She was elected in 2014. 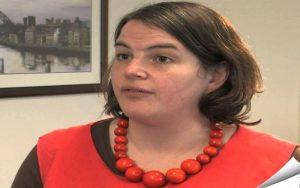 I’d like to join my colleagues in the European Parliament to express my best wishes for the Paris rally on the thirtieth of June for free Iran.

I believe the European Union and our governments must put human rights as their priority in dealing with Iran, Human Rights in Iran continued to deteriorate with peaceful protesters facing intimidation, violence, detention and torture. in a nationwide protest in December in January people protested against high cost of living poverty repression and the lack of freedom and democracy, these protests have continued and the right to free speech and peaceful protests of vital human rights, that the regime blame these protests on the P.M.O. I, shows how concerned the regime about the opposition movement under the leadership of Miss Maryam Rajavi.

women have played an active role in these protests and I really admire their courage as stand today in solidarity with my Iranian sisters and send solidarity to all of you thank you. 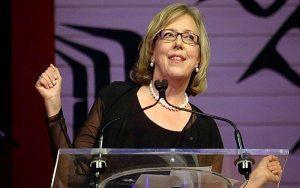 Elizabeth Evans May OC MP  is an American-born Canadian politician. May is leader of the Green Party of Canadaand Member of Parliament for Saanich—Gulf Islands.

Hello, my name is Elizabeth May. I’m a leader of the Green Party of Canada and I’m honored to be able to extend greetings to the Iran Democratic Association on the occasion of this meeting. I’m sorry, I’m not able to be with you personally, I just want to express the clear support of the Green Party of Canada for human rights respect for democratic ideals and for a transition within Iran that will ultimately recognize human rights, recognize democratic freedoms and allow for the transition to a free and democratic society with a healthy and respected civil society, particular concern for the rights of people of Kurdish dissent within Iran. It’s a long road ahead but we will stand with you and work towards peace and security for the people of Iran and all of its neighbors.