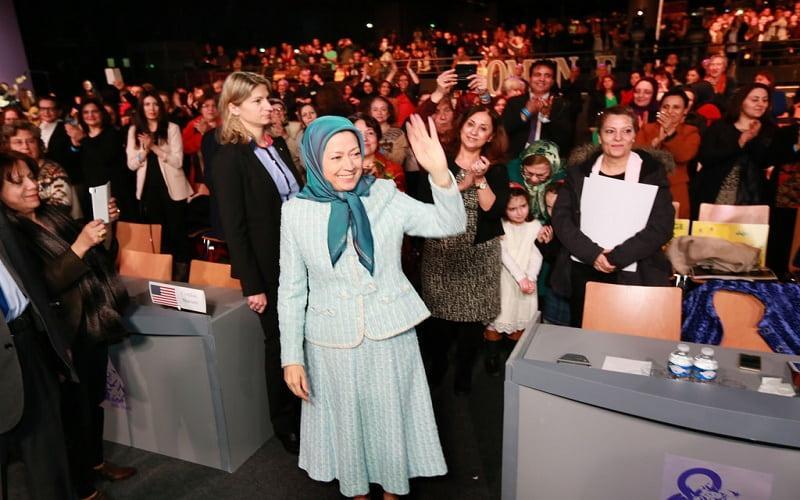 Iranian Resistance convention – An Event To Be Fearful Of For Iran’s Clerical Regime The month of June has become a horrifying month for the ruling dictatorship in Iran due to a yearly event that takes place in Paris in and around this time.

The event is the Iranian opposition’s annual gathering dubbed “Free Iran” and has been the source of unimaginable distress for the mullahs.

The Iranian Resistance has been staging its annual rally for the past 15 years delivering a message of freedom and liberation for Iran.

Yasseri was underscoring this fact in an article published in the Saudi “Al Riyadh Daily” to explain the mullahs’ motivation for the mobilization against opposition’s gathering in order to prevent it from being held at any cost.

He points to a report released by the Iranian Resistance web site, which reads, “after the January 2018 uprising, because of the protests and the hot condition that has existed for six months, and after the growing economic crisis that grown explosive condition in the society more than ever, and the failure of the regime in the nuclear deal with the West, the defeat of the mullahs in their terrorist policies in the region, calling for the overthrow of the clerical regime, has frightened the mullahs in such a height that all the heads of the three branches in the regime have been busy with mobilizing against holding of resistance’s convention, from 14 days earlier.

“The regime’s Ministry of Foreign Affairs spokesman at a press conference claimed that Rouhani’s government had consulted with France on preventing the gathering,” writes Yasseri looking into the reactions of the Iranian regime, reflecting its fury of the gathering. He also adds, “Ghassemi threatened France and said that the decision of those who issued permits for such meetings would be wrong and would have consequences for them.”

Yasseri continues pointing to the comments by the mullahs’ Parliament Security Committee spokesman saying that the MEK meeting had a “negative impact on relations between Iran (regime) and Europe.” He also refers to clerical regime’s head of judiciary Mohammad Javad Larijani who sent his deputy in the international affairs, to a television interview illustrating grave concerns and exhaustion over the Iranian Resistance’s convention. “Mojahedin-e Khalq(MEK) are once again engaged in activities inside the country, and the West believes that the MEK is the sole group capable to act inside Iran, besides, they are an active political counterpart abroad,” he said during the interview.

Yasseri states that the clerical regime is afraid of resistance’s calling for the overthrow of the clerical regime. “This is reflected in the pledges and actions of the Iranian Resistance convention  three governing branches of the regime,” how they are trying to “prevent the holding of the  14 days before the date.”

This also “reflects the fears of the supreme leader of this reactionary regime with regards to the impact of this gathering inside Iran and globally,” writes Yasseri adding, “because this gathering is an inspirational support for all the people of Iran in different cities and voices their cries and protests, presents them a strong international and domestic support.”

In his writing, Safi Al-Yassari stressed that the realization by the observers of the vast solidarity with the cause of regime change by Iranian people inside and their supporters at the “Free Iran” Gathering abroad, will strengthen the international and regional consensus on the necessity of overthrowing of the clerical regime and the recognition of its democratic alternative.