The UK delegation express solidarity with the Iranian convention

A Delegation from the United Kingdom represented by members of parliament, David Amess, Theresa Villiers, Matthew Offord and Roger Godsiff took part at the Iranian resistance rally and presenter the statement of the support of the UK MPs to the conference.

Sir David Amess : We stand united with every & each one of you in your battle and I’m sure that our message of a free & democratic #Iran will echo all the way to #Tehran, to cities & towns across Iran, shaking theocracy to its core. 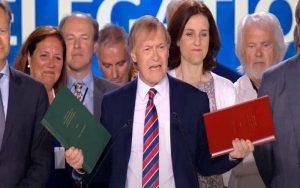 Madam Rajavi, we are here to stand with you and to support you to the end until you bring freedom to #Iran.

Dr. Matthew , MP, from UK: I commend Madam Rajavi for her 10-point plan for showing the world that not only is a plan available but it can be achieved by her. The plan offers the people #Iran a free democratic & secular Iran. 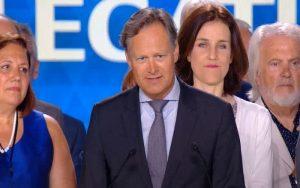 This has been the largest delegation we have ever had. Today, we have to be the voice of the people of #Iran. Those people who like ourselves want an alternative to the clerical regime.

The alternative does not come by accident. I salute Mme Rajavi for her 10-point plan who can make that happen. The plan offers the people of #Iran a free, secular Iran based on separation of church & state.

Theresa Villiers, MP from UK: I want to highlight the #Iran-ian women who are risking so much to be part of a movement, which is calling for democracy. These women bravely stand in the face of the Oppressive security forces and chant down w/ the dictator. 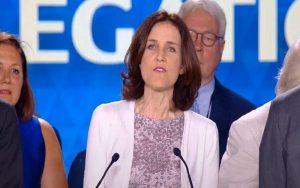 I’m glad to be here to declare support for the #Iran-ian ppl for justice and freedom. I’d like to particularly hail the Iranian women who come to the streets & show courage & determination in standing to the repressive forces.

They are brave enough to stand up against the compulsory veil and the laws that put restrictions on them. I feel it is fitting for me to share your appeal for freedom for women in #Iran.

Let us all hope that one day Mrs. Rajavi would be able to put her ten-point plan into effect and make a free Iran where women and men have equal opportunities.

Roger Godsiff : The UK and our colleagues in the European Union must join and support the people of #Iran in their desire for freedom and equality.

The mullahs who support terrorists & Hezbollah can never be a partner to peace. The EU & UK must recognize the National Council of Resistance of Iran (#NCRI ) and Madam #MaryamRajavi . Long live a free & democratic Iran. 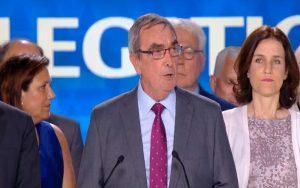