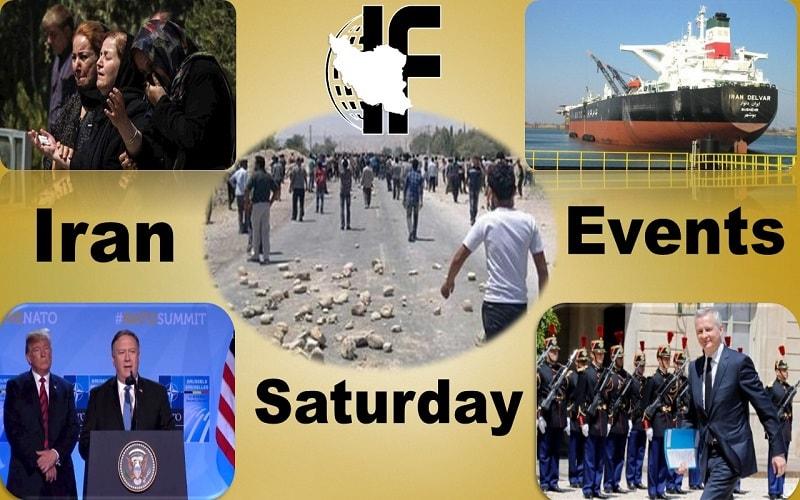 A new report on Iran’s scuttled plot to bomb the Free Iran 2018 rally in Paris.

A new report on #Iran's scuttled plot to bomb the #FreeIran2018 rally in Paris.#IranRegimeChangehttps://t.co/qy3AgH9J6H

Protests in Iraq against meddling of Iran’s regime (3) Footage of people occupying Najaf’s airport & preventing the IRGC’s  Mahan Air flight from taking off for Mashhad in northeast Iran.

Protests in #Iraq against meddling of #Iran's regime
(3)
Footage of people occupying Najaf's airport & preventing the #IRGC's Mahan Air flight from taking off for Mashhad in northeast Iran. pic.twitter.com/xEixTV073n

Police in the Iranian city of Kazeroon have admitted killing a farmer at a local protest against water resources in the region.

“After several warnings to the crowd to disperse, the police opened fire into the air with pellet guns and in the midst of it, one of the unruly individuals identified as ‘I. A.’ was wounded in the neck area and transferred to the hospital where he died,” said police chief Col. Mohammad Ebadinejad on July 12, 2018.

The exact number of fatalities was previously unconfirmed due to the authorities’ unwillingness to speak publicly about the cases. 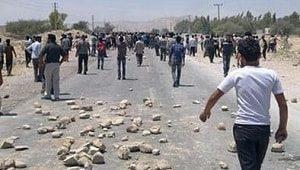 “A list has been put together of the students detained in the December 2017 incidents and they number more than 150,” said Member of Parliament Parvaneh Salahshouri in an interview with the state-funded Iranian Labor News Agency (ILNA) on July 10, 2018.

“So we’re not talking about just 55 or 90 students,” she added. Unfortunately, the issue of student detentions is much more extensive.”

More than 60 student organizations from universities across Iran sharply criticized President Rouhani for the crackdown on students led by his Intelligence Ministry.

“Dr. Rouhani’s ‘moderate’ government has not only failed to defend the students but evidently his Intelligence Ministry is involved in their arrest and prosecution,” said the student organizations in a joint statement published in July 2018.

New U.S. sanctions are likely to prevent the use of a Lloyd’s of London IT platform for any Iran insurance, adding to difficulties for European insurers providing cover for the country.

European insurers, reinsurers, brokers and shipping firms have been winding down Iranian business as the United States reimposes sanctions on insurance and reinsurance from Nov. 4 after withdrawing from a nuclear deal with Iran in May.

A Lloyd’s spokeswoman said it had advised insurance syndicates “to consider obtaining legal advice before engaging in Iran-related activities, to assess and mitigate their sanctions risk”. 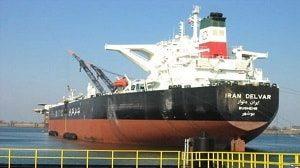 Ali Akbar Velayati, while visiting Moscow on July 13, also rejected U.S. and Israeli demands that Iran’s military get out of Syria, saying that will happen only if the government of Syrian President Bashar al-Assad asks Iran to go.

“We have come there without the Americans’ permission and we won’t heed their demands to leave,” he said. “We coordinate the Iranian presence in Syria with Russia and Syria.”

Officials had expressed little hope for securing the waivers, which were critical for oil and gas major Total (TOTF.PA) to continue a multibillion-dollar gas project in Iran and for carmaker PSA Group (PEUP.PA) to pursue its joint venture.

French reinsurer Scor SE (SCOR.PA) said on Friday it will not seek new contracts or renew existing business in Iran, given the U.S. sanctions. 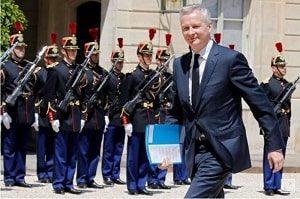 Us Urges European Powers to Get Tough on Iran Regime

At these meetings, Pompeo committed to increasing US-Saudi cooperation to “address the full array of threats posed by Iran” and have the Gulf partners “work together to promote regional security and stability, and stand against Iran’s destabilising activities”.

This includes Iran’s support of the terrorist Houthis in Yemen, use of ballistic missiles in spite of a UN resolution, support for Syrian dictator Bashar Assad and his use of chemical weapons, interference in the Iraqi elections, and the latest terror plot by Iran targeting the Iranian Resistance in Paris. 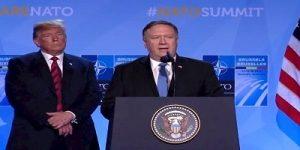 Iran, July 13, 2018 – Families of the individuals who perished during the tragic bus-truck accident in Sanandaj, western Iran, laid their loved ones to rest at funeral ceremonies on Thursday. City locals were also attending the ceremony.

Instead of sending emergency units to the scene at the night of this tragic accident, the criminal mullahs’ regime dispatched security forces to the site to prevent any further anger erupting from the locals. This only led to even more abhorrence and clashes between the locals and security forces. 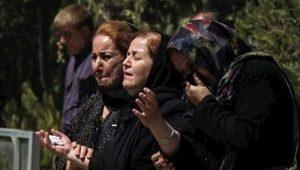