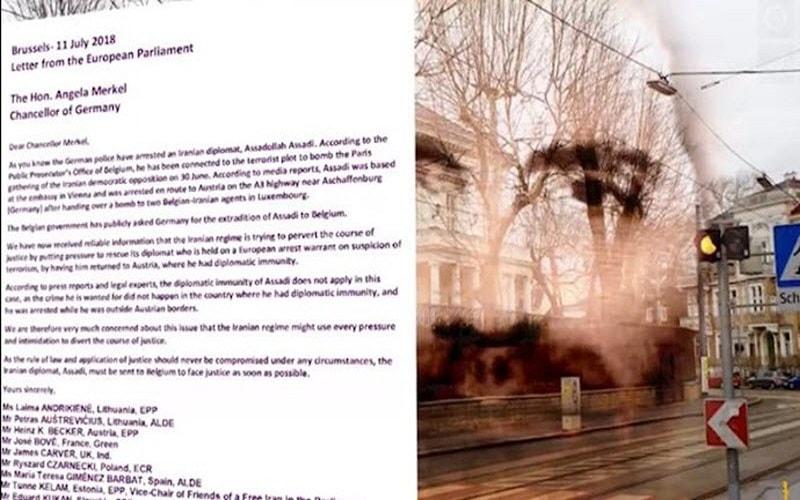 Saudi Air Defenses intercepted on Saturday a ballistic missile fired by the Iranian-backed Houthi insurgents from Yemen’s Saada governorate toward the Kingdom, the official spokesman of the Coalition to Restore Legitimacy in Yemen, Col. Turki al-Maliki said.

The spokesman stressed that this hostile act carried out by the Houthis is evidence on the Iranian regime’s continued support to the insurgents in clear and explicit violation of UN resolutions 2216 and 2231.

Such backing threatens the security of Saudi Arabia and that of the region and the world, he stated.

The firing of ballistic missiles at densely populated cities and villages is contrary to international and humanitarian law, Maliki added. 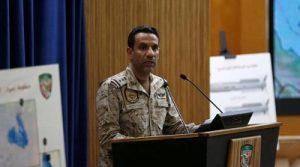 Houthi militias in Yemen released an activist they detained a year ago, local activists reported on Friday. Believing that he had died after torching his body, Houthi militants cast the captive’s body on the streets earlier this week in Dahmar, where he was found.

Identified as activist Mounir al-Sharqi, footage showed the extent of the torture he was subjected under Houthi imprisonment.

Sharqi has been held captive for over a year with no apparent charges. 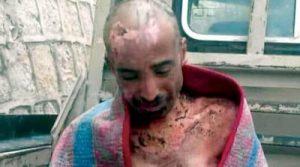 US Beefs Up Oil Exports to India, Lowering Dependence on Iranian Imports

Along with mounting pressure on India to cut Iranian oil imports, the United States beefed up oil supplies to New Delhi in hopes of reducing its dependence on fuel imports from Iran and Venezuela in light of renewed US economic sanctions.

For its part, Iran cautioned India that it would stand to lose special “privileges” if it tried to import oil from other countries to compensate for the loss of Iranian oil supplies. Iranian Ambassador to New Delhi Massoud Rezvanian Rahaghi criticized India for not keeping its promises to invest in Iran’s strategic seaport of Chabahar and its expansion.

MEPs to Angela Merkel: Iran Regime’s Diplomat-Terrorist Must Be Extradited to Belgium

Asadollah Assadi, The Iranian Regime’s Diplomat-Terrorist must be extradited to Belgium to face the justice as soon as possible. 23 members of the European Parliament asked in a letter to German chancellor Angela Merkel.

“The Belgian government has publicly asked Germany for the extradition of Assadi to Belgium.

We have now received reliable information that the Iranian regime is trying to pervert the course of justice by putting pressure to rescue its diplomat who is held on a European arrest warrant on suspicion of terrorism, by having him returned to Austria, where he had diplomatic immunity.

According to press reports and legal experts, the diplomatic immunity of Assadi does not apply in this case, as the crime he is wanted for did not happen in the country where he had diplomatic immunity, and he was arrested while he was outside Austrian borders.

We are therefore very much concerned about this issue that the Iranian regime might use every pressure and intimidation to divert the course of justice.

As the rule of law and application of justice should never be compromised under any circumstances, the Iranian diplomat, Assadi, must be sent to Belgium to face justice as soon as possible” 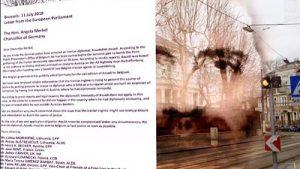 Macron to discuss Syria, Iran and Ukraine with Putin on Sunday

French President Emmanuel Macron will discuss Syria, Iran and Ukraine with Russian President Vladimir Putin when they meet in Moscow on Sunday, the day of the soccer World Cup final between France and Croatia, a source at the French president’s office said.

On Iran, Macron urged Trump in vain earlier this year not to pull out of an international deal that eased sanctions against Iran in return for curbs on its nuclear programme. 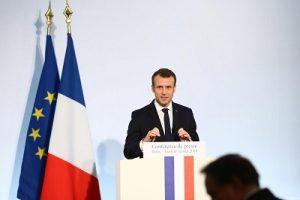 Telegram, the most popular messaging app in Iran was blocked on April 30 by an order of Iran’s judiciary. More than half Iran’s 80 million were using Telegram for various reasons, including accessing uncensored news.

However, due to privacy and security concerns, Iranian users do not trust domestic apps and most continue using Telegram, resorting to circumvention techniques, including virtual private networks, VPNs, and anti-filtering software.

The Suppressive State of Universities in Iran

Iranian government shut down all student associations as a way to control students and universities after the 2009 protests in Iran, in which many students participated. The government also decreased the number of independent students by increasing government quotas in universities. By 2011, mostly designated students entered universities.

The quotas currently in place in universities are based on the following:

Students who belong to the first three categories have a better chance of entering university than students who do well on the very competitive Nationwide University Entrance Exams in Iran. In fact, 75% of university students are affiliated with the government and paramilitary forces. 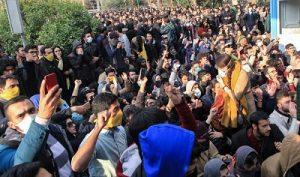