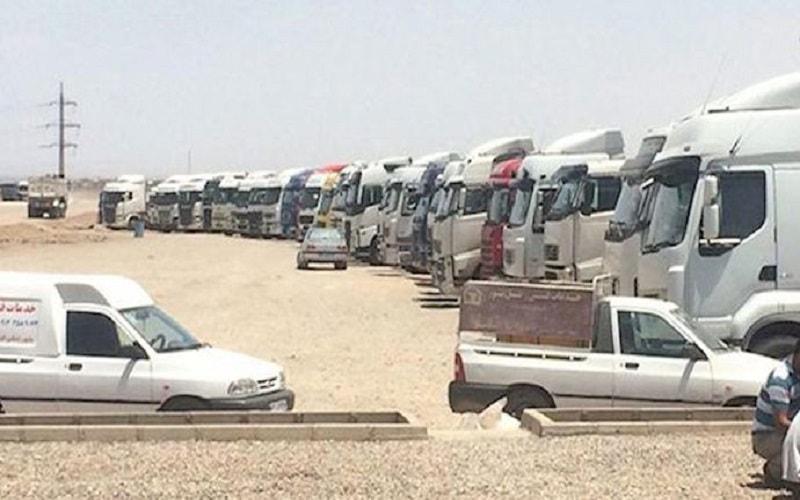 On July 31, 2018, on the 9th day of the truck drivers’ nationwide strike, the protest movement, restarted throughout the streets of several Iranian cities.

People in the cities of Karaj, Esfahan, Shiraz, and Rasht came to the streets in support of the truck drivers’ strike breaking the fear atmosphere created by the tyrannical mullahs.

Demonstrators’ initial slogans were against high prices, unemployment, poverty and inflation, but the slogans quickly shifted to political, clearly calling for an end to the rule of Iran’s mullahs.

The uprising and protests continued at the Shahpour district in Isfahan on August 1 and led to a clash between the youth and the repressive forces.

Some slogans in the recent protests

A look at some of the slogans chanted in the recent demonstrations mirrors the general desires of the demonstrators.

“Our enemy is right here; they (regime’s leaders) lie when they say it is America.”

“Khamenei is being deified, while the nation is living in poverty”

“Reformist, Hard-liner, Game is over!”

“The uprisings continues as long as the dictator is in the office!”

In the demonstrations in Isfahan, people chanted:

August 5#BreakingNews : #IranProtests rock Iranian regime in its 6th day . Today beginns in #Shiraz by chanting: "The mullahs must get lost"#iranregimechange‌ pic.twitter.com/PY5wRuFW6z

The people of Rasht protested against high prices and economic crisis, but quickly expressed their anger against the clerical regime. In Rasht and Shiraz, the slogans were:

“Enough is enough, You Iranians! Show your honor!”

Features of the recent demonstration

Other Protest Movements in these days

The recent protests in the cities of Isfahan, Karaj, Gohardasht, Shiraz, and Rasht hit the headlines, but with these major developments:

Secondly, the regional strike of the railway workers continued in the cities of Tabriz, Zanjan, Qazvin, Drood and the Northeast Railroad District.

At present, Tabriz railway workers are on strike at the railway station.

The protests that have intensified in the form of social uprisings in recent months in Iran, began in late December and early January this year with demonstrations of people in Mashhad against the dire economic conditions.  The protests quickly changed to anti-regime protests and were spread nationwide.

Those were the first and the most powerful waves of uprising. They initiated the second wave, which culminated in massive uprisings in Kazeroun, followed by a general strike of truck drivers.

What has started now from July 23 and with the second round of truck drivers’ strike, is going to slowly turn into the third round of the uprising of the Iranian people.

One of the most important features of the new round of uprising is the emergence of political solidarity between various social classes and the presentation of the national solidarity of the demonstrators on the streets, which by itself in this situation, is a strong point of movement that would not let the regime to manipulate the demands of uprisings.

An uprising with such features will undoubtedly lead to larger protest movements. All protestors from all different walks of life will bring their legitimate demands to the streets, and put the regime at a harsher impasse.

Mrs. Maryam Rajavi, the president-elect of the Iranian resistance, who is leading an international campaign for a democratic change in Iran, in a message praised the demonstrators and emphasized that protesters will not rest until the Iranian people and nation are free.