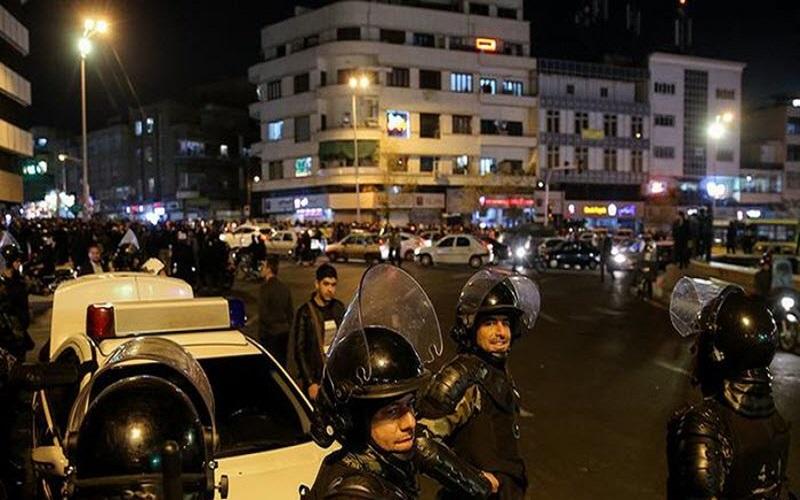 A new round of popular Iranian protests began in July with truck drivers going on strike. The strike quickly expanded to 142 cities in 31 provinces of the country giving new momentum to the already rising dissent among Iranians.

Additionally, the dismissal of the head of Iran’s central bank, Valiollah Saif and the sharp plunge in the value of country’s currency rial, set the ground for a new wave of protests.

On the same day, some markets in Tehran and Isfahan and several other cities like Rasht and Qeshm went on strike. The strike repidly expanded to other cities in the coming days.

To stop the unrest at the roots, the regime arrested a number of shopkeepers and dealers in the money market.

The central bank described the sharp fall in the value of country’s currency “a conspiracy by enemies that was underway.”  And to reinforce it with some threats, the head of regime’s judiciary, Amoli Larijani put forth some intimidations by announcing “disruption in the economy would be dealt with like ‘corruption on earth’ and the sentence would be execution.”

But all that didn’t stop the people and they took to the streets to express their dissatisfaction about unemployment and high prices.

As we have seen in protests since last December, these demonstrations never stop at the economic issues and the slogans swiftly change to political ones demanding regime change.  “Cannon, tank, rocket, Mullahs must get lost,” and, “Reformist, hard-liner, the game is over,” were the already familiar slogans chanted by demonstrators.

On Tuesday evening July 31, a crowd of people majority of whom were in a young age, gathered at the Gohardasht Square in Karaj.  The protesters began chanting, “ Death to Khamenei”, “Khamenei lives like god, while the people live in poverty”, “Rising prices, inflation – Threaten people’s lives”, “Reformist, hard-liner, the game is over”, “Don’t be scared, don’t be scared, we are all together”, “Today is the day of mourning, the nation’s wealth is in the mullahs pocket”, and, “Our enemy is right here; they (Iran’s leaders) lie when they say it is America.”

Regime’s suppressive forces stormed the demonstration with tear gas and batons trying to disperse it.  But the crowd resisted using ‘attack and retreat’ tactics in the nearby streets and by setting fires to dustbins and tires.

There was an interruption for a short time, but despite the massive crackdown, the demonstration began in the evening again and continued until midnight with crowd chanting more radical slogans.

In Isfahan on August 1 at 9 in the morning, despite substantial mobilization of anti-riot forces by the regime, demonstration began leading to clashes and ‘attack and retreat’ in several parts of the city.

Thousands participated in these protests and presence of women and the youth in large numbers was astonishing. The slogans were more radical than before:

“Khamenei, shame on you. Let go of your rule”, “death to the dictator”, “do not be afraid, do not be afraid, we are all together”, “Our enemy is right here; they lie when they say it is America”, “No to Gaza; no to Lebanon; I’ll give my life for Iran”, “Remaining silent is treachery against Iran”, and, “Dignified Shapouris, support us, support us.”

There was fire and rising smoke from some spots in New Shapur district in Isfahan, and the streets were strewn with stones and bricks which were thrown at the oppressive forces.

Clashes between the brave youth of New Shapur district and the anti-riot guards continued for hours, and in some cases the regime’s forces were forced to retreat. The youth confronted with tear gas by setting up fire and blocking the roads. Some images of the demonstration are available on the Internet.

On the third day of unrest in various cities of Iran, protests broke out in streets of the capital, Tehran with some mass demonstrations being reported.

Considerable number of photographs and video clips have already appeared online showing protesting crowds chanting anti-government slogans.  The news was widely covered in the press and on cyberspace. The slogans “Death to Khamenei”, “Gun, tank, rocket, the Mullahs must get lost” and “No to Gaza; no to Lebanon; I’ll give my life for Iran” could be heard in these videos.

As it is evident in the new round of uprisings, crowds have been chanting more radical slogans than before. In terms of clashes, the protesters waged attacks and used retreat tactics to confront with security forces.  These are completely different from past protests. The people are showing  their determination for changing and overthrowing the mullahs’ regime.

In this round of uprisings, the activities and assignments of the rebellion units are accelerated. A reality which was mirrored in the message of the resistance leader, Mrs. Maryam Rajavi, “Iran’s risen and revolting cities are joining the protests, one after the other. The cry for freedom is becoming louder, and the uprising is expanding more and more every moment. There is no force more powerful than the united force of young people.”

#Iran’s risen and revolting cities are joining the protests, one after the other. The cry for freedom is becoming louder, and the uprising is expanding more and more every moment. There is no force more powerful than the united force of young people.https://t.co/yGGP7xyN1s pic.twitter.com/vMLleW5OmU

Ultimately, the resistance of the Iranian people with the powerful alternative of the National Council of Resistance of Iran will soon bring about the democratic change in Iran.