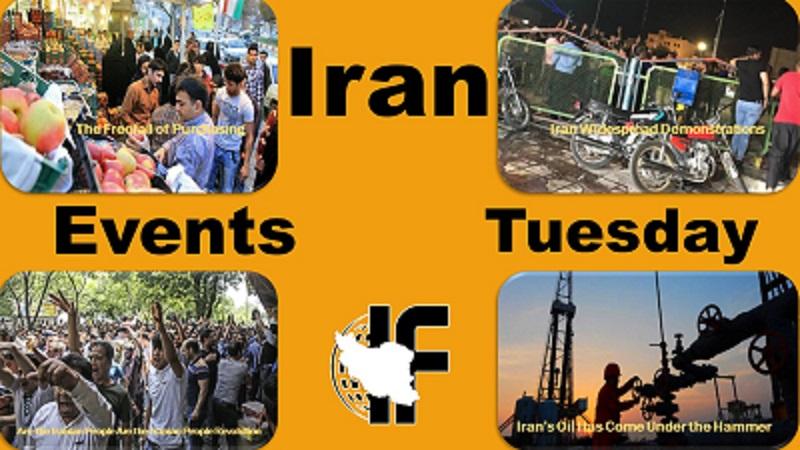 Considering the ongoing increase of dollar value and product costs, people’s purchasing power is expected to keep going down, especially given the disproportion of their incomes with these increases.

The continuous price increase of food products is beyond belief; so much so that the income of a regular worker is far from enough to maintain their livelihood.

The regime’s Minister of Labour and Social Welfare, Ali Rabiyee, who himself is partly responsible for this mess, admitted last year that the purchasing power of retirees has depleted by 67% (Mehr News, 23 August 2017).

The bitter truth is that the lower the purchasing power of Iranians gets, the higher does their selling power; desperate to meet their basic needs, they’re increasingly seen selling organs including their livers and retinas.

Some French news reports also bring to light the lowered purchasing power in Iran, by including a statement from a fellow citizen: “The inflation rate in Iran is officially 9% as of now. However, this does not align with the reality of people’s lives; for instance, the price of rice has increased by a significant 60% just in the past months”. 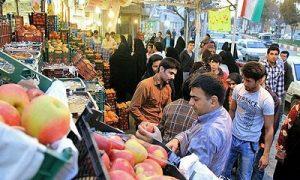 Iran: Widespread Demonstrations and Protests in Tehran and Other Cities

On Sunday, August 5, on the 112th anniversary of the Constitutional Revolution, despite the undeclared martial law and the heavy presence of repressive forces who had surrounded the 1st Circle of Gohardasht of Karaj, the brave youth demonstrated below the “Shohada” bridge around midnight, and by chanting “Death to the Dictator”, caught the regime by surprise.

In Tehran, despite the siege of the central parts of the city, frustrated people gathered in different places.

Demonstrations in the Park-e Shahr of Tehran led to clashes with suppressive forces. The people confronted them while chanting: Rascals, Rascals! A number of protesting girls and boys were arrested.

The fed-up people of Kazeroun protested in the Shohada Street and Square against their dire livelihood situation and the authoritarian and corrupt regime of mullahs. In Shiraz, Mashhad and Qom, regime’s security forces surrounded the rallies in fear of spreading protests, and tried to prevent the formation of demonstration by attacking the crowd.

The people of Bandar Abbas also gathered on Saturday night for the third consecutive night in protest of the high prices and economic situation in front of the Radio-Television station. 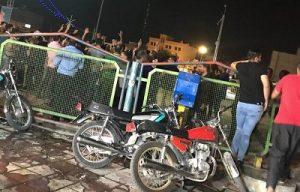 Iran’s Oil Has Come Under the Hammer

According to a state-run website known as Entekhab (Sunday 1 June 2018), the regime’s vice president, Eshaq Jahangiri, states: “Iran’s crude oil will be offered on the domestic bourse, and for the private sector who can export it in tonnages, as required. As of now, we are selling around 60 thousand barrels a day”.

The regime’s decision of assigning oil to private sectors stems from the ongoing turbulence of economy; Given Trump’s plans of halting Iran’s oil exports by 4th November 2018 and considering the heavy reliance of Iran’s regime on oil too, the economy is expected to go even more downhill here onwards.

As reported by Reuters News, for the first time since 2012, South Korea has suspended its oil imports from Iran; Japan has also based its upcoming imports on the condition that it gets exempted from US sanctions; India has reduced its purchases from Iran too. The Reliance Industries Limited, which owns the biggest refinery of India, has also decided to stop importing from Iran, due to upcoming US sanctions on Tehran.

All these examples prove just how seriously the attempts of US have been taken by many countries, in terms of cutting oil imports from Iran.

Pompeo says sanctions a pillar of U.S. policy toward Iran

U.S. Secretary of State Mike Pompeo says the renewed sanctions against Iran are an important pillar in American policy toward the Tehran government.

Pompeo says the sanctions will be rigorously enforced and remain in place until the Iranian government radically changes course.

Those sanctions go back in place on Monday.

Pompeo told reporters on his way home from a three-nation trip to South East Asia that the Trump administration is open to looking beyond sanctions but adds that would “require enormous change” from Tehran.

He said President Donald Trump is intent on getting Iran to “behave like a normal country.”

U.S. sanctions had been eased by the Obama administration under the terms of the landmark 2015 Iran nuclear deal. Trump decided in May to withdraw from the accord.

U.S. President Donald Trump has reimposed economic sanctions against Iran, effective at midnight Monday, assailing Tehran as “a murderous dictatorship that has continued to spread bloodshed, violence, and chaos.”

Trump, acting three months after he withdrew the U.S. from the 2015 international accord restraining Iran’s nuclear development program, said the new sanctions target the Islamic Republic’s automotive sector, its trade in gold and other precious metals, along with its currency, the Iranian rial, and other financial transactions.

He said that on November 5, the U.S. would also resume sanctions against Iran’s energy-related transactions, as well as business conducted by foreign financial institutions with the Central Bank of Iran. 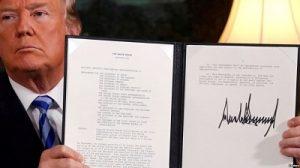 German car and truck manufacturer Daimler (DAIGn.DE) on Tuesday said it has dropped plans to expand its Iran business in reaction to renewed U.S. sanctions, which come into effect on Tuesday.

“We have ceased our already restricted activities in Iran in accordance with the applicable sanctions”, Daimler told Reuters in a statement.

In early 2016, Daimler established a joint venture with Iranian vehicle manufacturer and dealer Iran Khodro Co to make and distribute Mercedes-Benz trucks in the country.

Daimler had planned to open a representative office in Teheran. It the statement, Daimler states that as for now, neither its car-related nor truck-related activities in Iran had been resumed. 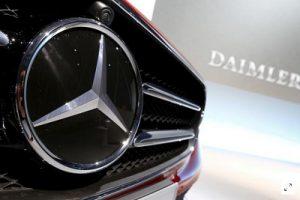 Are the Iranian People in the Midst of a Revolution?

The situation in Iran is evolving rapidly. Since the end of last year, the people of Iran have been taking to the streets to protest against the corrupt and suppressive regime that has been in place for almost 40 years. The people made it very clear that they want regime change.

Over the weekend, in the days before the crippling U.S. sanctions are to be restored, thousands of people took to the streets demanding change. They were heard chanting “death to the dictator” and there was a report of at least one death.

The poor people in Iran are getting poorer and poorer. If this is not bad enough, they have to watch the corrupt leaders plunder the nation’s wealth.

The people, however, will not be silenced. They risk being victims of violence, arrest, torture, imprisonment and even execution to take to the streets and attempt to take the future into their own hands.

Resistance is growing every day because the people know that they cannot continue on the same path. The leadership of Iran is corrupt at all levels and it is falling to bits.

It is not just the poorer and working classes that are being affected by the economic crisis in Iran. The middle classes which have been enjoying a fairly comfortable lifestyle are also becoming poorer and poorer. Costs are rising and people’s savings are wasting away gradually.

The regime is unable to respond to the needs of the people and it continues to ignore the major problems that require urgent attention. It refuses to leave Syria and to stop supporting the many proxy groups around the region that it funds.

The fall of the regime seems to be very close. It is impossible for such a weakened regime to keep its clutches on power for much longer. The only thing missing is the support of the international community, especially that of the United States.

Is this the start of the Iranian revolution? 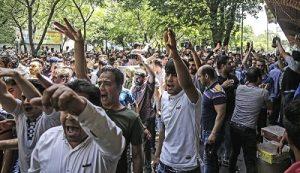 The Expansion of demonstrations in Iran threaten the Mullahs’ rule