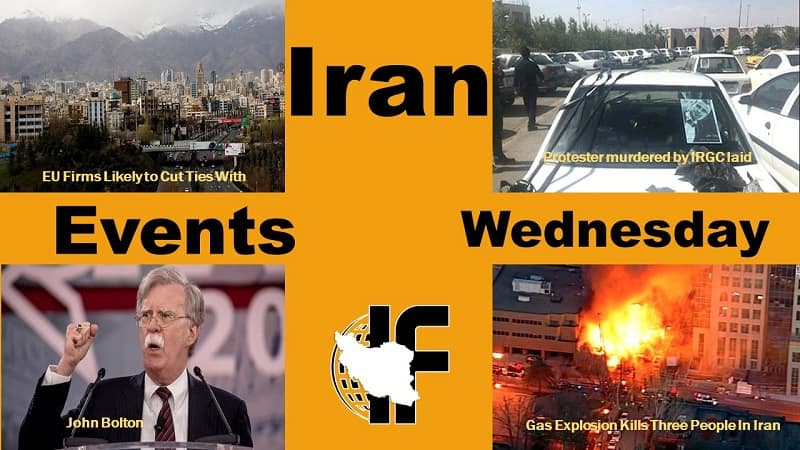 AFP- Tehran: Many Iranians blame their own government for the return of US sanctions. Much of the damage was already done in the weeks preceding the return of sanctions, as US President Donald Trump’s aggressive rhetoric spooked investors and triggered a run on the rial. That only added to deep-seated problems of corruption, a chaotic banking system and rampant unemployment after decades of mismanagement.

“Prices are rising again, but the reason is government corruption, not US sanctions,” said Ali, a 35-year-old decorator. Like many, he sees President Hassan Rouhani as powerless to improve things. “He can’t solve the problems. It’s been shown several times that he is not the decision-maker in this country. Our problem is our representatives and system,” he added.

According to the Iranian news agency Fars, the Revolutionary Guards Commander Nasser Shabani said: “We asked the Yemenis to attack the two Saudi oil tankers, so they did it.”

The Fars News Agency deleted the article, which is considered a blatant admission by Iran of supporting the Houthi militias, minutes after publishing it.

Shabani also said that the Houthi militias in Yemen and Lebanese Hezbollah militias “represented Iran’s depth in the region.”

The body of Reza Otadi, the 23-year old protester murdered by Revolutionary Guards (IRGC) units in Karaj during major anti-regime protests, was laid to rest on Monday in Tehran’s famous Beheshte Zahra Cemetery.

IRGC members were on a roof-top when they opened fire and gunned down Otadi on Friday night.

A number of family members, friends and bazaar merchants from Karaj and Tehran took part in this ceremony.

The EU is struggling to help its enterprises bypass the US reinstated economic restrictions against Iran, however, as their first batch comes into force, the odds that the sanctions will be very effective and intimidate big businesses from putting themselves on a collision course with Washington seem to be very high.

The first wave of US sanctions, which took effect on Tuesday midnight, target Iran’s acquisition of dollar bank notes, trade in gold and other metals, transactions related to the Iranian rial, and purchases of cars and commercial passenger aircraft.

The second round of sanctions, that will hurt the oil and gas industry in Iran and its energy sector, as well as the transactions with the Central Bank of Iran, is slated for November.

Iran has an aging infrastructure, which it has struggled to maintain in working order through years of Western sanctions. Safety measures are also poorly enforced in Iran.

In July, five people were killed by a leaka

Trump says firms doing business in Iran to be barred from U.S. as sanctions hit

Firms doing business with Iran will be barred from the United States, President Donald Trump said on Tuesday, as new U.S. sanctions took effect in spite of pleas from Washington’s allies.

Iran dismissed a last-minute offer from the Trump administration for talks, saying it could not negotiate while Washington had reneged on a 2015 deal to lift sanctions in return for curbs on Iran’s nuclear programme.

Trump decided this year to pull out of the agreement, ignoring pleas from the other world powers that had co-sponsored the deal, including Washington’s main European allies Britain, France and Germany, as well as Russia and China.

On “Fox News @ Night,” Graham praised Trump for re-imposing some sanctions on Iran that had been suspended under former President Barack Obama’s 2015 nuclear deal, saying the president is “on the right track.”

He said he believes if the U.S. limits the regime’s cash flow and lends moral support to the Iranian people, Supreme Leader Ayatollah Ali Khamenei will collapse.

“The most destructive force on the planet today is Iran,” Graham said. “If they had a nuclear weapon — which they’re trying to build — they would use it. Let’s stop this regime before it’s too late. Let’s stand behind the Iranian people.”

If any European companies try to circumvent the first round of American sanctions that were reimposed on Iran early Tuesday morning, they will be barred from conducting business with the U.S., according to President Trump’s national security adviser.

Trump signed an executive order on Monday to restore sanctions that were previously lifted under the Obama-era nuclear deal, targeting Tehran’s trade in gold, automotive sector and purchase of American dollar banknotes.