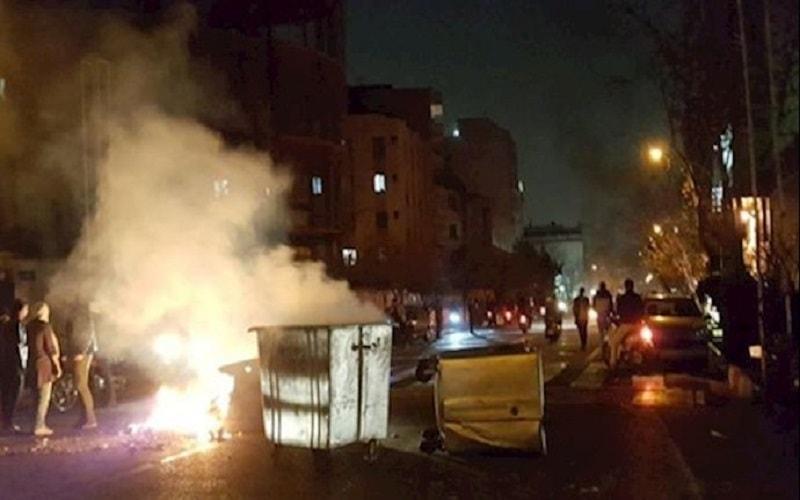 A new round of uprisings has spread in Iranian cities including the capital Tehran, Qom, which is the center of the clergy’s power, Gohardasht, and at least 10 more cities. While the protests normally start with every new round of economic free fall, they turn almost instantly against the whole apparatus of the Iranian regime.

Reports from inside Iran indicate that the protests are turning violent, with police cars and tyres being burned in the street. There were also reports highlighting that at least one protester has been killed in recent days. Details, however, are very hard to come by as the state media is heavily controlled and prevented from publicising information that shows the government in a negative light.

The concerns of the people are only going to grow more serious as the economic situation worsens. The first batch of United States sanctions on Iran took effect yesterday with the second batch due in November.

Since the beginning of the month, people in Iran have taken to the streets in large numbers in around 12 cities across the country, starting around the Iranian capital, Tehran, and moving out to other main areas such as Mashhad, Isfahan, and Shiraz.

It is impossible to know how many people have taken to the streets but it is clear that the protesters are serious. They are not just protesting about one or two issues that are affecting their personal lives – they are protesting to bring great change to their country. The protesters are heard chanting: “Death to Khamenei”, “We don’t want incompetent officials”, “Death to the dictator” and “Mullahs must get lost”.

The people are also encouraging their fellow citizens to never settle and to make sure they speak out for what is right. They have been chanting “Don’t be scared, we’re all together”, “Iranians die, [but] they don’t accept abjection” and “Iranians, shout out your demands”.

The people know that the Iranian government is corrupt to the core and that it will never change. The government, in return, has been relatively silent about the protests. The interior minister Rahmani Fazli tried to portray the protests as being something that is being instigated by enemies abroad. He said: “Creating social unrest is one of the [ways] that enemies confront Iran and think they can have an impact. They think that when 50 to 200 people gather in one place, the country’s domestic situation will be disrupted.” Iranian officials often claim that foreign conspiracies are domestic issues.

However, the suppressive forces are still present and there have been reports about protesters, including women, being attacked.

The people are the biggest threat to the future of the Iranian dictators. The National Council of Resistance of Iran (NCRI), the organized resistance and the only viable alternative to the clerical state, has support across the whole country. The authorities have stopped trying to portray the opposition as weak and without a huge following. This is completely false and it will see the Resistance movement growing and gaining momentum as the economic problems worsen.

The Expansion of demonstrations in Iran threaten the Mullahs’ rule