Amnesty International Calls on Iran Regime to Release All Protesters

In a letter dated August 8th, 2018, Amnesty International calls upon the Iranian authorities to release any individual held solely for peacefully taking part in the protests. They also called for authorities to conduct a prompt, impartial, and independent investigation into the killing of a protester in Karaj, north-west of the capital, Tehran, on August 3rd, 2018.

Amnesty also urged the authorities to protect all detainees from torture and any other ill treatment, as well as to reveal the fate and whereabouts of dozens of detainees who have not been heard from since their arrests.

Human Rights Defender N. Afshari, is among those detained. He was arrested by Ministry of Intelligence officials on August 1st, 2018 in the city of Karaj, north-west of Tehran. His whereabouts are unknown. He believed to be held in a secret detention facility. 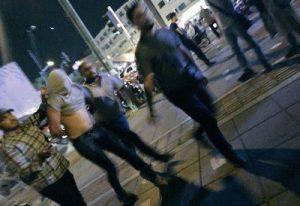 Iran Is on the Brink of Revolution

The people of Iran are continuing to take to the streets in protest against the ruling regime. The situation in the country has been worsening for months. The national currency of Iran – the rial – has dropped dramatically in recent weeks and the people are worried about what is to come.

At the beginning of the week, the first batch of U.S. sanctions took effect, with the second batch due in November. This first batch effects Iran’s access to key industries (automobiles, textiles, and so on) and its access to US dollars.

The people are angry and it is very clear in the videos coming from Iran. They are in the streets chanting “death to the dictator” and some are taking to burning police vehicles and tyres. They want major change in the country and they are determined to continue pressuring the regime until they get what they want.

There were major protests in 2009 that almost toppled the regime, but the current ones are completely different. The people are not just protesting about economic issues – they are calling for the death of Supreme Leader Ayatollah Ali Khamenei and President Hassan Rouhani.

The people know that the Iranian regime will never change and they are starting to see that revolution is very possible. 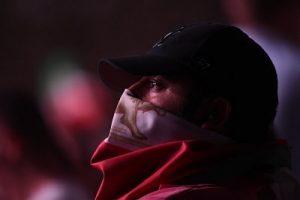 The soccer/football match between Persepolis and Esteghlal Khuzestan held in Al Qadeer Stadium of Ahvaz, southwest Iran, became the scene of this city’s brave youth clashing with the repressive state police and anti-riot units. Many of the security unit members were injured as a result.

A number of the youth were also wounded and transferred to a nearby hospital.

Security forces have closed all roads leading to the stadium to prevent people from joining the protesting youths.

Workers blocked a train route in Rafsanjan; More protests and strikes in other Iranian cities

Iran, Aug. 9, 2018 – On Wednesday 8th of August, workers of the Ahmadabad-Rafsanjan train company shut down the railway, protesting unpaid salaries. The protesting workers were carrying banners and handwritten papers which read: “We are hungry!”, “There is no bread on our tables!”, and “We don’t have job security.”

In Mashhad, train workers continued their strike in protest to not receiving paychecks for four months and their insurance. They prevented the train of Mashhad to Sari from departing. 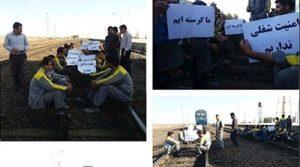 In Ahvaz, Khuzestan, members of Rebellious Unit No. 313 set fire on a large poster of Supreme Leader Ali Khamenei, the unelected leader of the Iranian regime and the person who has the last say on all matters of state. “This is Khuzestan,” members of Unit 313 say in the video they posted. “We are next to the Nakhl Square, I’m a member of Rebellious Unit 313 from Khuzestan, named after Mojahed Martyr Malek Sharai. We respond to fire with fire. Burn dictator! Burn!” 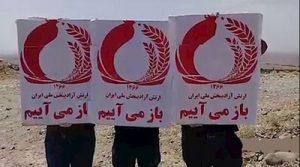