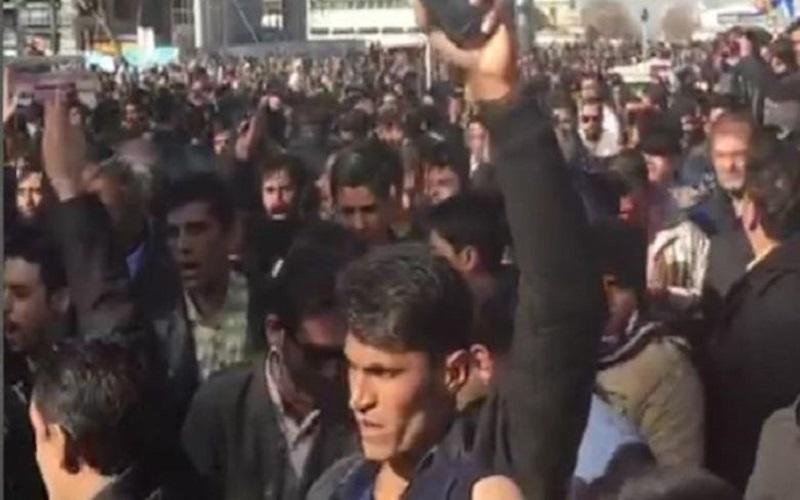 The slogans of the Iranian people on the streets demonstrate their deep understanding of the theocratic regime’s essence.

The slogan ‘reformist, hard-liner, the game is over’, beyond all the prevalent hollow political analyses about the Iran regime’s inside factions to justify appeasement policy,  reflects the depth of the knowledge of the deprived and oppressed people.

This is not just a slogan, but it is the flames of anger of the people who got the seduction in the crosshairs. The so-called reformist gang in this regime is the same disgrace flow that deceived the world by making up the ugly face of this regime for more than two decades and provided the opportunity for the criminal mullahs to continue to spread terrorism and to seek nuclear weapons.

As the Iranian people have poured into streets to protest against the Mullahs, the so-called reformist enter the scene, to fool people and quell the protests.

In this regards and in a note, Mohammad Khatami, the so-called former reformist president of Iran proposed a 15-point plan to exit the current situation, including listening to the protesters’ demands. In his remarks, he said that as long as the narrative of moderation is alive, there will be no room for regime change.

It is noteworthy that Khatami has a track record of proposing similar solutions—without delivering—at crucial moments in Islamic Republic’s history in an effort to increase hope for reforms from the inside.

In January/December 2017, when a new wave of popular protests in Iran became prominent, Khatami’s faction issued a statement saying that the Iranian people have legitimate economic grievances and are entitled to legal protests.

At approximately the same time, but in another statement, Khatami, referring to protesters, famously said that even the youth that cried radical chants targeting the whole regime were not “Barandaz”. Barandaz is an Iranian term referring to someone who wants regime change.

In response, a popular movement among Iranian users of social media started who called themselves “Barandaz” in direct opposition to Mohammad Khatami’s remarks. Many Iranians who want regime change in Iran still call themselves Barandaz.

But the fact is that the political and social conditions of Iran will not return to the previous phase, while people are chanting the slogans of “Death to dictator,” or “Reformist, hard-liner, the game is over,” and “Khamenei lives like a god, while the people live in poverty” it is not possible to deceive the Iranian people with a burnt-out playing card such as Khatami anymore.

During the last six months, the Iranian people have been calling for the ‘regime change’ through their widespread uprisings and they are not satisfied with less than it.

Some video footage of Iran Protests

Iran, August 10, 2018 – Azadi sport stadium rocked by the shout of Death to the Dictator.