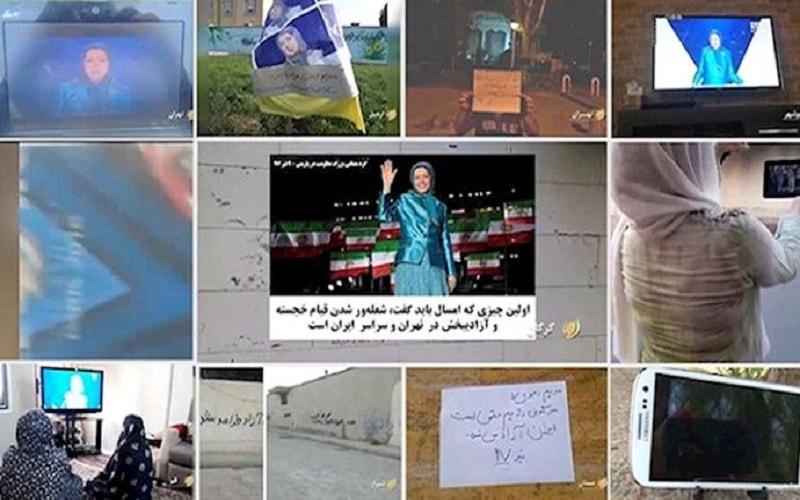 Iran’s supreme leader Ali Khamenei tried to suppress the uprising at the beginning of 2018, when the Iranian people took to streets against repression and state corruption. He did so by taking in over 5.000 prisoners torturing some to death. But, the nonstop presence of Iranian people in streets around the country protesting for the past few months shows clearly that he has failed.

The uprising that spread over 140 cities, the protests by farmers of Isfahan, and the strikes of truckers and marketers in Tehran, Tabriz and Kurdistan, etc. are all indications of the fact that the people of Iran are ready to carry the torch all the way to the end. They want regime change and won’t back down.

The continuous activities of the rebellion units as the inspiring source of uprising bring hope to people but fear to the regime.

We can realize the importance of the role played by the PMOI network and rebellion units in the country, simply by observing reactions from the regime officials. 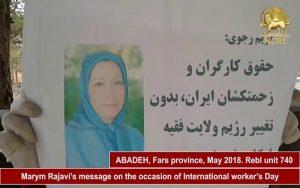 IRGC commander Raeipour’s latest remarks show how fragile the situation has gotten and how things may get out of hand at any time. “During a turmoil, it is enough if only a few people gain access to police weapons and in such scenario, only two people are enough,” he fearfully stated.  Then he went on warning, “Mojahedin have those two people already situated in every city “!

These fearful comments are found abundantly in Iranian state-run media nowadays.  They are the obvious admissions from regime officials about the existence of a wide network of rebellion units and resistance councils inside Iran tasked to fulfill “regime change.” 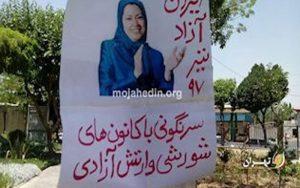 In fact Khamenei himself has admitted repeatedly to the important role of the PMOI following the uprising last December.  He, who is surrounded by confronting domestic, regional and international crises, finds his only hope in demonization of the Mojahedin labeling them as “foreign collaborators.”

The PMOI and the Iranian resistance aim to take advantage of each and all opportunities to build, organize, and mobilize rebellion units inside Iran. Their task is to fuel and encourage protests and strikes. It is the ultimate goal of the resistance to bring people in to scene and set the stage for overthrowing of the mullahs.

Activities of  PMOI Network in Iran

Morteza Eshraghi: Tehran Prosecutor and chair of the death committee in Tehran