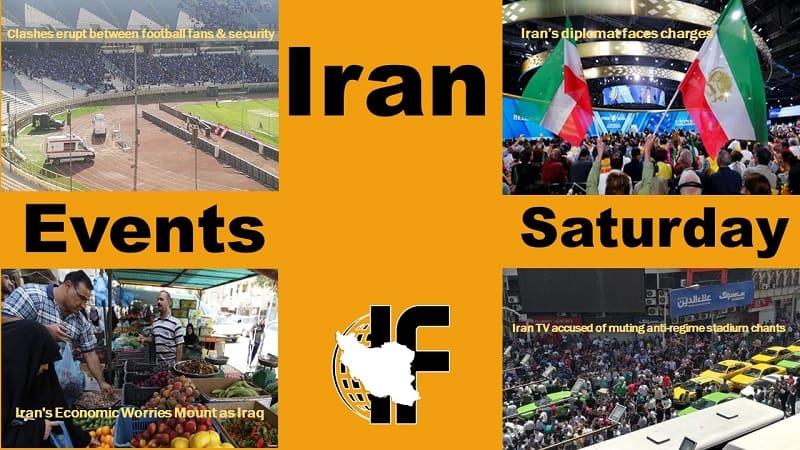 As the anticipated football match between the two famous Esteghlal and Tabriz Tractor Company teams begun at the Azadi Football Stadium in Tehran, thousands of youth and football fans shouted Death to the Dictator.

Protesters in Tehran’s Azadi Stadium took advantage of today’s match between two teams of Tehran and Tabriz and once again chanted “Death to the dictator.”

In a sharp contrast to all international norms and protocols, the repressive clerical regime ruling Iran brought anti-riot vehicles inside the Azadi stadium in Tehran to put down the protests.

Fans of the Tabriz team, gathering in Tehran from a variety of cities from Iran’s northwest region, were heard chanting against the regime.

Fans of the Tehran team also joined in and the entire stadium was heard chanting anti-regime slogans. The mullahs’ regime responded by dispatching numerous anti-riot police units to the stadium. 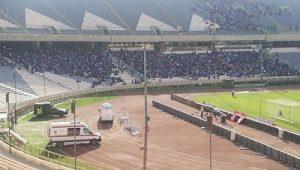 Intelligence reports and opposition groups are disclosing how the Iranian regime is behind a wide-scale spy network throughout Europe aiming to obtain technology to advance its ballistic missile program, weaken and disrupt the measures of opposition groups and ultimately carry out targeted assassinations.

Asdollah Assadi, an Iranian diplomat, was recently arrested in Germany for his leading role of orchestrating a plan to bomb the June 30th Paris rally in support of the main Iranian opposition coalition National Council of Resistance of Iran (NCRI), according to opposition sources at a Brussels press conference on Wednesday.

The Iranian regime’s Supreme National Security Council ordered the Paris attack back in January and a senior Intelligence Ministry official, Reza Amiri Moghadam, head of the Foreign Intelligence and Movements, handed over all controls over the plot to Assadi in March.

Iran’s military conducted its first ballistic missile test of 2018 late last week, a move seen as a show of defiance toward the Trump administration, according to U.S. officials.

Three officials told Fox News that the launch, which occurred alongside a public military demonstration by Iran’s forces but has not been officially acknowledged, was picked up by U.S. spy satellites and demonstrated Iran’s short-range ballistic missile capabilities.

The launch is Iran’s first since March 2017 and comes after President Trump’s announcement in May that he was withdrawing the U.S. from the Obama-era nuclear agreement signed by Iran and other countries, including several U.S. allies in Europe.

Iraq has begun to apply new U.S. economic sanctions against Iran, turning back shipments of Iranian goods at a number of border crossings, according to Al Hurra TV, quoting Iranian merchants.

Iraqi Prime Minister Haider al-Abadi, who is straddling the political fence as he seeks a second term following parliamentary elections in May, told journalists Wednesday that he was “totally opposed to the principle of sanctions, given the price [Baghdad] itself had paid for international sanctions [under Saddam Hussein].”

Nonetheless, Abadi said he would apply them, since “the world does business in dollars and it would hurt the interests of the Iraqi people” if he ignored them. 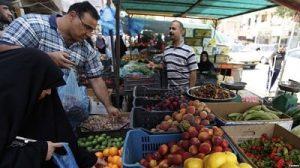 TEHRAN: Iranians reported Saturday that the state broadcaster had muted stadium noise during the previous evening’s football match in Tehran, in an apparent attempt to drown out anti-government chants.

Mobile phone footage shared widely on social media showed thousands of fans in Tehran’s Azadi stadium chanting “Death to the dictator” during the fixture between the capital’s Esteghlal and Tractor Sazi from the northwestern city of Tabriz.

Although the video could not be independently verified, it coincided with a decision by state broadcaster IRIB to mute the sound and avoid shots of the crowd.

“Yesterday, when the football was being shown, the sound in the stadium was turned down to such a level that one would think they were playing in an alleyway,” said one Twitter user.

“They turned down the volume so no one could hear the slogans,” said another Twitter user. 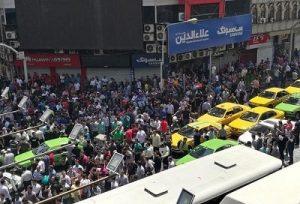 Iran free: The arrest of protesters and the terrible conditions of prisons in Iran