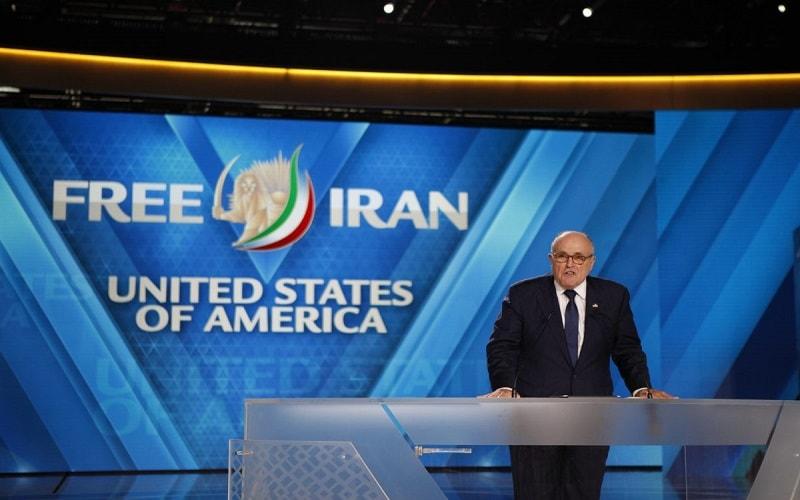 “Iran’s Deadly Diplomats” is the topic of an article written by MATTHEW LEVITT at the Combating Terrorism Center at West Point.

Reports indicate that the main targets of all of the Iranian regime’s terrorist activities are the members of the principal Iranian opposition, the NCRI and MEK.

Following is an excerpt of this article:

For decades, Tehran has been dispatching operatives to Europe to carry out assassinations and other acts of terrorism.

An Iranian diplomat accredited to Tehran’s embassy in Vienna, Austria, is arrested in Germany and charged with conspiracy to commit murder and activity as a foreign agent. Authorities suspect the diplomat, Assadollah Assadi, hired an Iranian couple living in Belgium to carry out a bomb plot targeting a rally of about 4,0001Iranian dissidents at the Villepinte Congress Center2 near Paris and provided them with 500 grams of TATP explosives at a meeting in Luxembourg in late June 2018.3 The target was the annual meeting of the Paris-based National Council of Resistance of Iran (NCRI), which is the umbrella political organization including the Mujahedeen-Khalq, or MEK ….

According to German prosecutors, Assadi was no run-of-the-mill diplomat but rather an Iranian intelligence officer operating under diplomatic cover. In a statement, prosecutors tied Assadi to Iran’s Ministry of Intelligence and Security (MOIS), whose tasks “primarily include the intensive observation and combatting of opposition groups inside and outside Iran. one senior State Department official made Washington’s concerns very clear:

In March 2018, Albanian authorities arrested two Iranian operatives on terrorism charges after being caught allegedly surveilling a location where Iranian New Year (Nowruz) celebrations were about to begin…

In other cases, Iranian diplomats involved in terrorism or surveillance of possible targets for attack were quietly arrested and deported. In April 2013, for example, two Iranian intelligence officers posted to Bosnia and Herzegovina as diplomats were expelled from the country after being involved in espionage and “connections to terrorism,” according to information prepared by the National Counterterrorism Center…

According to a 1987 U.S. intelligence community assessment, several organizations within the Iranian government are involved in terrorism…Iranian diplomats were deeply involved in the 1992 and 1994 bombings of the Israeli embassy and AMIA Jewish community center, respectively, in Buenos Aires.16 But they have a long track record of just this kind of activity across Europe as well.

Between 1979 and 1994, the CIA reported that Iran “murdered Iranian defectors and dissidents in West Germany, the United Kingdom, Switzerland, and Turkey.”17 Overall, more than 60 individuals were targeted in assassination attempts.18 In many cases, Hezbollah members functioned as the logistics experts or gunmen in these plots…The first successful assassination of an Iranian dissident in Western Europe occurred in 1984. On February 7 that year, General Gholam Ali Oveissi and his brother were fatally shot on a Paris street by what French police described as “professional assassins.

On July 13, 1989, Dr. Abdolrahman Ghassemlou, secretary-general of the Kurdish Democratic Party of Iranian Kurdistan (PDKI); Abdollah Ghaeri-Azar, the PDKI’s European representative; and Fazil Rassoul, an Iraqi Kurd serving as a mediator, were assassinated in a Vienna apartment while meeting with a delegation from the Iranian government…Investigators found a blue baseball cap in Ghassemlou’s lap, the same call sign that was left at the scene of the murder of an Iranian pilot, Ahmad Moradi Talebi, in 1987 and the 1990 murder of resistance leader Kazem Radjavi.

Less than a year after the Vienna assassinations and the abortive attempt on Rushdie’s life in London, Kazem Radjavi, former Iranian ambassador to the United Nations and brother of the leader of the Iranian opposition group MEK, was assassinated. On April 24, 1990, his car was forced off the road in Coppet, Switzerland, by two vehicles, after which two armed men exited one of the vehicles and opened fire…According to the report of the Swiss investigating judge, evidence pointed to the direct involvement of one or more official Iranian services in the murder.

Death at the Mykonos Restaurant
The most daring and public assassinations Hezbollah carried out at the behest of its Iranian masters occurred on September 17, 1992, when operatives gunned down Dr. Sadegh Sharafkandi, secretary-general of the PDKI—the biggest movement of Iranian Kurdish opposition to Tehran—and three of his colleagues at the Mykonos restaurant in Berlin.36 This operation also involved Iranian diplomats… In its findings, a Berlin court ruled that the attack was carried out by a Hezbollah cell by order of the Iranian government.

Much of the information surrounding the Mykonos plot was relayed by an Iranian defector named Abolghasem Mesbahi, who claimed to be a founding member of the Iranian Security Service. According to him, the decision to carry out the attack was made by the Committee for Special Operations, which included President Rafsanjani, Minister of Intelligence Fallahiyan, Foreign Minister Ali Akbar Velayati, representatives of the Security Apparatus, and, most significantly, Supreme Leader Ali Khamenei.

The brazen assassination in public of four Iranian dissidents at Mykonos, in the opinion of Germany’s highest criminal court, signaled culpability for terrorism at the highest levels of the Islamic Republic… By identifying President Rafsanjani and the Supreme Leader himself as the orchestrators of the assassination, the judgment found that “Iranian powers not only allow terrorist attacks abroad … but that they themselves set in action such attacks.”

In the wake of Iranian terrorist plots abroad in the late 1980s, the U.S. intelligence community concluded that “over the long term, Iran is likely to be deterred from terrorism only if evidence of its culpability results in strong, unified action by the international community, including a willingness to impose sanctions. This could include the breaking of relations, or the recall of ambassadors.” But to date, that has not been the case.