In the report, Accenture Security’s iDefense threat intelligence team said it identified five ransomware variants as having been developed or repurposed in Iran: RASTAKHIZ, TYRANT, WannaSmile, Black Ruby and Android ransomware. It said Iran-based cybercriminals who created or modified those variants have shared data with the IRGC 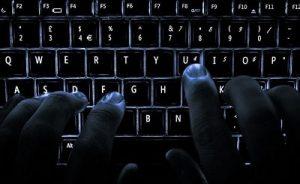 US general: Iran’s Qasem Soleimani at heart of ‘malign activity’ in Mideast

General Joseph Votel, commander of the US Central Command, has said Iran is central to an “expensive and expansive campaign of malign activity” in the Middle East.

In tweets on Sunday, General Votel said: “It is clear to me that Qasem Soleimani and the IRGC Quds Force is at the heart of an expensive and expansive campaign of malign activity in the region, including in Syria, Iraq, Lebanon, Bahrain and Yemen.

“Those malign and destabilizing activities threaten regional security and stability and are not in the best interest of the Iranian people,” he added.

Human Rights Watch (HRW) has warned that Iranian officials are trying to head off a looming economic crisis with threats of “new rights-abusing policies,” including applying the death penalty for economic crimes.

“Executions, an inhumane and inherently irreversible punishment, are never the answer, and in this case can only distract from other causes of this economic turmoil,” the New York-based rights watchdog said in an August 10 statement.

“Today, officials increasingly talk about the need to combat corruption at every level,” HRW said. “Yet to do so requires an independent judiciary that ensures due process rights for all those accused.”

The group added that the Iranian judiciary’s “long record of violating detainees’ rights and wanton application of the death penalty raises grave concerns.” 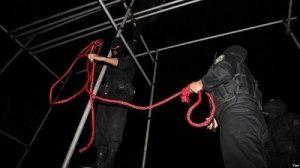 AT-KABUL: Some Taliban fighters who have joined the peace process, claim that Russia, China and Iran support the militant group.

50 Taliban militants with their commander Mullah Abdul GhaffarToofan, recently laid their weapons down and joined the government’s peace process in the northwestern province of Badghis. The group was engaged in the anti-government activities for 10 years in the Qades district.

“Iran, Soviet (a term still used by many Afghans to refer Russia) and China are continuingly supporting Taliban. Besides, there are rich people inside the country that send weapons and bullets to the Taliban. This is why Afghanistan burns in war flames,” said Toofan. He added that their leaders order them to prevent development and reconstruction projects in the Qades district and in Badghis province in general. 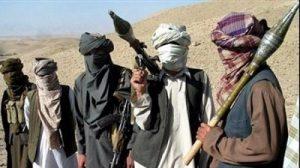 A former commander IRGC, Mojahedin-e Khalq (MEK) has always had its own intelligence center in Iran

Hossein Alaee, a former commander of Iran’s Islamic Revolution Guards Corps (IRGC) who has held top military posts such as the commander of IRGC naval forces and the chief of IRGC joint staff, told Khabar Online that foreign-based outlawed opposition group PMOI (MEK) has always had its own intelligence organization and operation center in Iran. 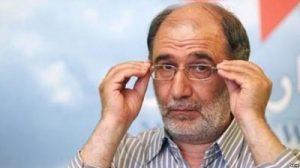 What is the basic cause of anti-government protests in Iran?