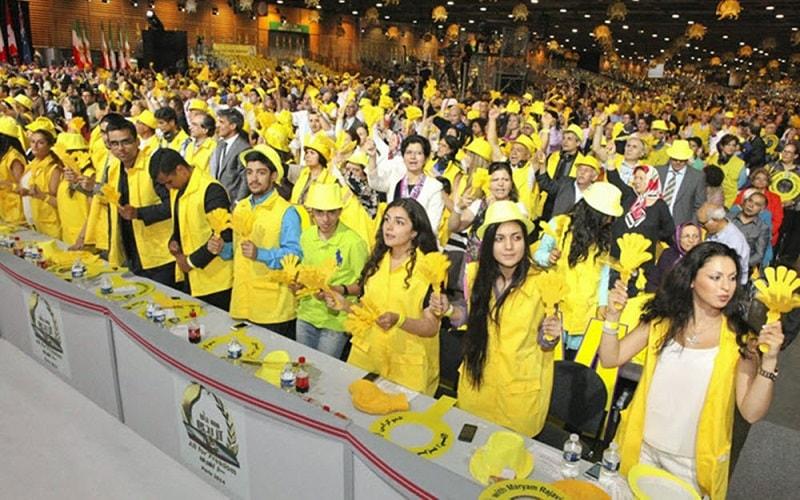 As the Iranian mullahs’ regime sinks deeper in crises, the challenge posed by its strong opposition movement aiming to overthrow the theocratic establishment becomes more disturbing to the Ayatollahs than even the crippling US economic sanctions.

The revolt of Iranian youth across the country, widespread strikes, economic crisis and pressures from US sanctions as they come into effect, all bring enormous challenges with them that the Iranian regime has to face day by day. But, what makes all these truly threatening for the mullahs is the fact that there is an active, popular and powerful opposition as a democratic alternative to their despotic rule.

“From last December we have been witnessing protests in the country,” said Karim Hosein-Zadeh, MP, adding, “The path and direction of the protests are vague,” expressing his concern that protests may have common goals with MEK.

Ahmad Khatami, a senior member of the Assembly of Experts, said that he knew about people’s livelihood problems and he did feel for them, but warned that people should be vigilant and not allow the “anti-revolution” abuse their legitimate demands.

In a discussion about challenges facing the regime, cleric Mohsen Gharaviyan from the so-called reformist faction said that the MEK was present at the scene abroad to take advantage of the present situation.

Expressions of concern over advancing of the democratic alternative, the National council of Resistance of Iran (NCRI) and its core organization MEK, has reached to the highest levels of the Islamic Revolution Guard Corps’ (IRGC). “We have problems with the MEK,” said IRGC commander in Khorasan Ali Ghassemi in an interview with the Basij News Agency.  He added “we should be careful not to ignore them, they have penetrated in some organizations, ranks of the IRGC and among the clerics.”

Abbas Abdi, another so-called reformists, expressed concern about the continuation of the current events, highlighting two significant characteristics of the recent uprisings, “being organized and being preplanned.”

“The protests are more or less the same as last January’s. And somehow, in the same fashion. But they seem to be more organized and more prescheduled than before,” said Abdi in an interview with ISNA News Agency. “Therefore, the recent protests are a combination of public discontent and plans designed and implemented by political groups from abroad,” he added.

The PMOI/MEK has in fact been pushing forward the uprising by organizing and planning protests inside and outside the country. That is why the movement remains at the heart of all the concerns expressed by regime’s officials.

In this regard, Ali Khorram, a former regime diplomat, in an interview with Arman newspaper admitted that since last January, discontent is being expressed openly and due to the high rate of dissatisfaction, some unconstructive slogans (ones calling for regime change) have been raised.

During the impeachment session of minister of labor in the mullahs’ parliament, the cleric Hassan Nowroozi, MP, said, “some people say it is the MEK that is calling for demonstrations.”

Rabii, Minister of Labor who was dismissed at the end of the same parliamentary session, expressed Hassan Nowroozi’s fear more  plainly.  He recalled a parade by MEK supporters back in 1980. “I have served for 40 years and I have seen many crises during these 40 years,” Rabii said, adding, “I remember the day that 12,000 MEK militias were on parade at Toopkhaneh Square in Tehran. One thousands of them marched in every city on the same day.”

The complaints about activities of the MEK being expressed repeatedly by the mullahs’ officials shows clearly how serious this challenge is to the regime as a whole.

As the MEK continues to help advance the uprising aiming at a regime change, international measures such as the US economic sanctions can be most helpful. These steps increase pressure on the mullahs curbing their ability in using brute force against the people in streets.

Nevertheless, what will determine the final outcome, and whether this all will amount to the downfall of the mullahs after 40 years of tyrannical rule, is the will and determination of the Iranian people and protesters in street in addition to MEK’s organization and planning for advancement of the uprising in the country.