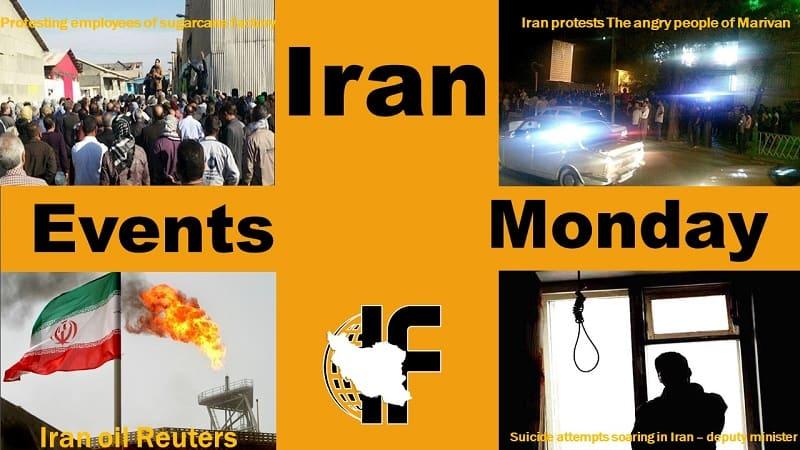 Iran told OPEC on Sunday that no member country should be allowed to take over another member’s share of oil exports, expressing Tehran’s concern about Saudi Arabia’s offer to pump more oil amid US sanctions on Iranian oil sales.

In a meeting with OPEC Secretary-General Mohammad Barkindo, a senior Iranian diplomat urged him to keep the group out of politics, Reuters reported.

“No country is allowed to take over the share of other members for production and exports of oil under any circumstance, and the OPEC Ministerial Conference has not issued any licence for such actions,” Iran’s oil ministry news agency SHANA quoted Kazem Gharibabadi, permanent envoy to Vienna-based international organisations, as saying. 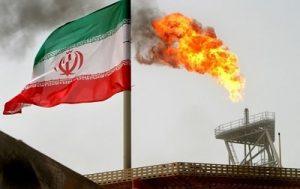 Iranian members of parliament began impeachment proceedings against the finance minister on Sunday.

President Hassan Rouhani is facing a growing domestic backlash since US President Donald Trump in May pulled out of an international accord that had curbed Iran’s nuclear ambitions in return for sanctions relief.

The rial currency has halved in value since April and protests have also broken out since the beginning of the year over high prices and alleged corruption.

Corruption is deeply entrenched in Iran, where an opaque business environment provides opportunities for embezzlement and market manipulation. Earlier this month, the head of the central bank was sacked and his deputy in charge of foreign exchange arrested.

“Our focus has been on priorities, with the top priority being the missile issue,” Hatami said. “We are in a good position in this field, but we need to develop it.”

He further touched on the recent unveiling of precision-guided Fateh Mobin missile, stressing that Iranian missiles are good in terms of diversity and thus most attention has been paid to their agility, anti-radar capability, high precision and sustainability in different environmental conditions.

Iran protests: The angry people of Marivan demonstrate in front of the mayor’s office

On Sunday night, a large number of people in Marivan, Kurdistan, gathered in front of the mayor’s office in protest to the lack of collection of garbage around the city, which has resulted in the propagation of bad smell in different parts of the city. The protesters dumped the garbage in front of the municipality and set them on fire to show their protest.

Protesters were chanting “Until when will the damn municipality be so irresponsible?” and “Resign you incompetent officials!”

In the hours that followed, the number of protesters grew and more people joined the demonstration. The current garbage crisis is one of the many social and economic problems that have pushed the people of different Iranian cities to protest against corruption and mismanagement across the Iranian regime. 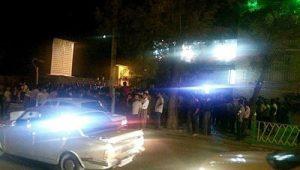 Iran urges Europe for “pragmatic” steps to save nuclear deal

“These measures (by Europe) have been an announcement of stances rather than operational measures. Though they (Europeans) have moved forward, we believe that Europe is not still ready to pay the price,” Zarif said.

Earlier, the Iranian foreign minister said that Tehran expects European Union to compensate for the U.S. “illegal measure” over the 2015 international nuclear deal.

Anti-riot police launched an attack at 11 am Sunday morning targeting a protest strike held by around 500 employees of the Haft-Tappeh Sugar Cane Company in Khuzestan Province, southwest Iran.

Using batons and tear gas, the anti-riot units viciously attacked and injured the workers and arrested a number of the protesters. As the workers protested these measures authorities were forced to release their detained colleagues.

The anti-riot units even used pepper spray in their vicious attack against the protesting workers rallying outside the company director’s office. One of the injured workers again tried to commit suicide using gasoline.

Five of the protesters were arrested and transferred to a nearby courthouse.

A few hours later all five protesters were released as their colleagues protested the bogus charges raised against them. 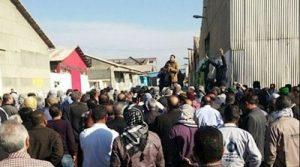 Iranian First Vice President Eshagh Jahangiri says despite sanctions and the country’s economic crisis, Iran is “not in an impasse.”

Yet in a complete paradox, he also acknowledges the fact that the fate of billions of dollars – literally disappeared in the past few years – remain unknown. Corruption in the regime’s intelligence apparatus is paving the path for corruption of all kinds reaching senior officials and the office of Iranian regime Supreme Leader Ali Khamenei.

“The country is in critical conditions, but not an impasse, as if there are no solutions,” Jahangiri said recently while visiting the regime’s official IRNA news agency center.

It is quite interesting how Jahangiri is now speaking of corruption among senior Iranian regime ranks while back in September 2017 a senior Tehran Province judiciary official unveiled how Mehdi Jahangiri, the brother of Iran’s current first Vice President, was arrested for financial corruption. There still remains no details about this dossier. 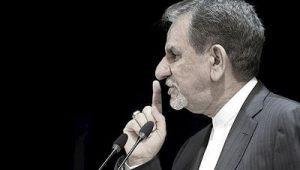 “According to the latest statistics, 212 individuals under the age of 17 attempted suicide last year,” he said.

The deputy minister pointed out that Tehran stands out as having the highest rate of suicide attempts among youth aged 25-34.

He said the suicide attempt is more common among women than men in Iran. 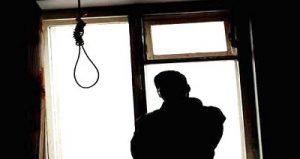 Free Iran: The activities of the rebellion units inside Iran-3