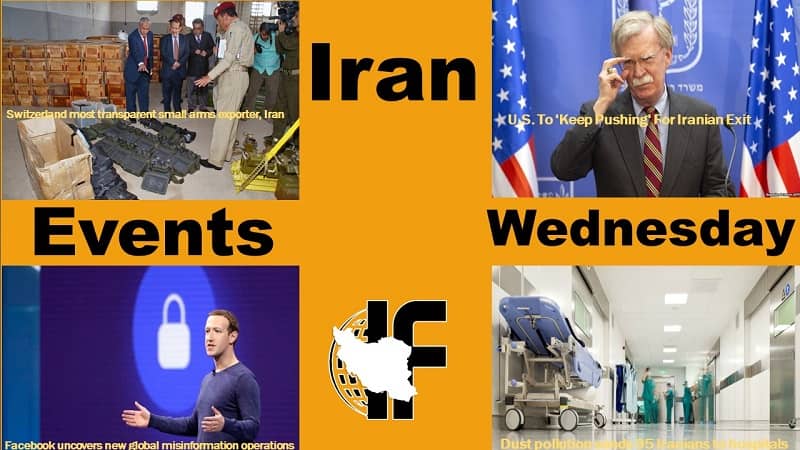 Islamic Republic’s Minister of Interior says most of the recent protests across Iran have been triggered by resentment over jobs and livelihood related issues.

“Only 3,800 people participated in protest demonstrations in 27 cities during past three weeks,” Abdor-Reza Rahmani Fazli claimed. His claim about the numbers cannot be independently verified but seems too low based on reports and images received during the protests.

Also, saying that most protests were for economic reasons ignores the fact that people were shouting clear political slogans for the regime to be go away.

Speaking to the government’s official daily, Iran, Tuesday, August 21, Rahmani Fazli also maintained that a 26-year old protester, who died in a protest rally in city of Karaj, west of Tehran, was shot and killed by an AK-47 (Kalashnikov).

The conservative Minister noted that Iranian police forces do not carry Kalashnikovs.

However, he preferred to ignore the fact that forces of the Islamic Revolution Guards Corps (IRGC) are all armed with AK-47s and assist security units to suppress protest rallies. 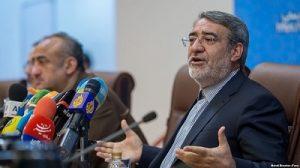 The head of Crisis Management Office in Iran’s Sistan and Baluchestan province said massive storms and rising amount of suspended solids and dirt have sent 95 people to hospitals across the southeastern province.

“The storm, which swept over the province last night, has so far sent 95 people to hospitals,” Abdurrahman Shahnawazi told Tasnim on August 21.

He added that they have been all taken to hospitals due to respiratory problems, sore eyes and cardiovascular diseases.

“Dust concentration in the southeastern province’s air is around 30 times higher than the standard level,” Ali Mollashahi said. 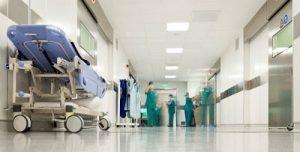 Corruption in All Three Branches of the Iran Government

A current conservative populist politician named Ahmad Tavakoli believes that the corruption we witness in Iran (which has created fundamental economic issues) is systematic in nature, and as put by Eshagh Jahangiri (the first vice-president of Hassan Rouhani’s government) “is deeply rooted”.

In a talk with ISNA (August 15th 2018), an economist named Vahid Shaghaghi explains: “the lack of transparency has unfortunately led to rent-seeking, distrust, and ultimately corruption”. He added that certain minorities that are linked with the government, which he refers to as the “rich groups”, don’t pay any taxes, whilst “all other regular people with regular incomes, do”

Shaghaghi also believes that in order to eliminate such corrupt relations, and to subsequently improve the economy, many people “must come off the train of revolution”, by which he means that many current officials must be replaced with non-corrupt ones. However, he also admits to the challenges that will come with such attempts, especially considering the deep roots of these corruptions: “rent-seeking people will make sure to stop any transparencies or improvements”. 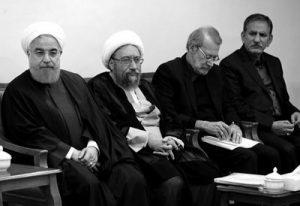 LONDON (Reuters) – A senior Iranian cleric warned the United States on Wednesday that if it attacks Iran, its allies in the region including Israel would be targeted. 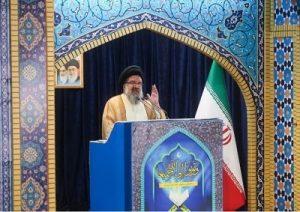 Tech giant yanks hundreds of pages and accounts, says Iran and Russia were behind many.

Facebook has identified and banned hundreds of accounts, groups and pages engaged in misleading political behaviour, a far larger discovery than a “sophisticated” effort it reported three weeks ago with great fanfare.

The first focused on a group called “Liberty Front Press” that set up multiple accounts on Facebook and Instagram that were followed by 155,000 other accounts. The group was linked to Iranian state media based on website registrations, IP addresses and administrator accounts, Facebook said. The first accounts were created in 2013 and posted political content about the Middle East, the U.K., and the U.S., although the focus on the West increased starting last year, Facebook said.

The second group also had multiple accounts and 15,000 followers. The group was linked to “Liberty Front Press” and attempted to hack people’s accounts to spread malware. Facebook said it disrupted those attempts.

A third group also operated out of Iran had as many as 813,000 followers, and also shared political content about the Middle East, the U.K. and U.S.

In all the Iranian-linked groups spent some $12,000 US in advertising and hosted 28 different events. 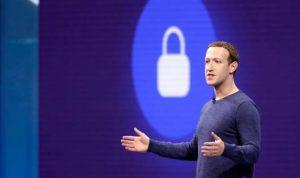 U.S. To ‘Keep Pushing’ For Iranian Exit From Syria In Talks With Russia

White House national-security adviser John Bolton says the United States will continue to push for full withdrawal of Iran’s military from Syria in talks with Russia over the Syrian civil war.

In an interview with Reuters published early on August 22, Bolton said Washington was maintaining a contingent of several thousand U.S. soldiers in Syria in part out of its concern that Iranian fighters in the country pose a threat to U.S. ally Israel.

“Our interests in Syria are to finish the destruction of the [Islamic State’s] territorial caliphate and deal with the continuing threat of ISIS terrorism, and to worry about the presence of Iranian militias and regular forces,” he said. “And those are the issues that keep us there.” 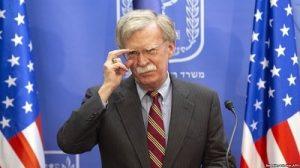 Switzerland was the most transparent authorized small arms exporter in 2015, according to an analysis by Small Arms Survey published on Wednesday, August 22.

The Netherlands, the United Kingdom, Italy, and Serbia rounded out the top five most transparent in the 2018 edition of the Small Arms Trade Transparency Barometer – which analyzes the transparency of the authorized small arms trade in 2015. 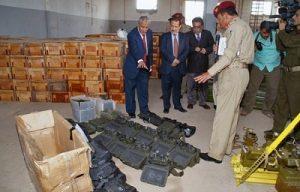 (Reuters) – Sanctions that the United States reimposed on Iran have been more effective than expected, President Donald Trump’s national security adviser said, although he noted the continuation of regional activity by Tehran opposed by Washington.

“Let me be clear, the reimposition of the sanctions, we think, is already having a significant effect on Iran’s economy and on, really, popular opinion inside Iran,” National Security Adviser John Bolton told Reuters. 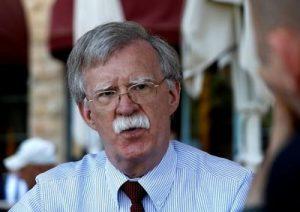