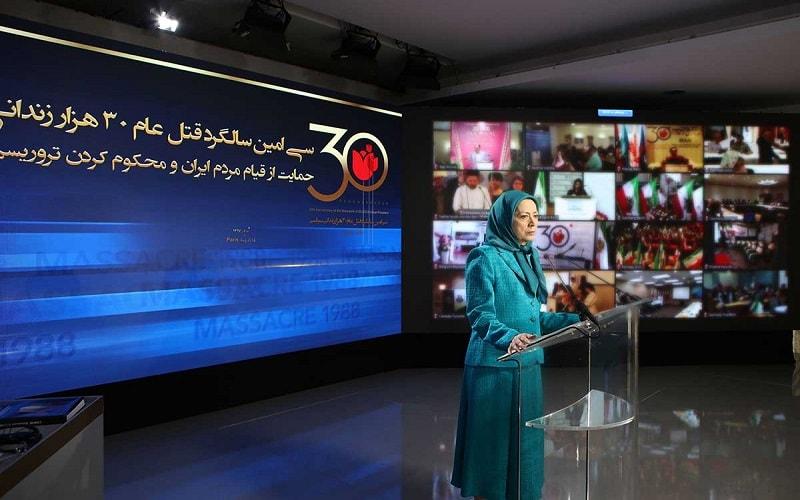 “For three decades, the international community has been silent over the massacre of political prisoners in Iran. As a result, the mullahs have continued with impunity to violate human rights in Iran, crack down on public protests, launch terrorist operations, and wage catastrophic wars in the Middle East and other countries. Now, the time has come to end this silence.”

These were part of the remarks made by Mrs. Maryam Rajavi, the President-elect of the National Council of Resistance of Iran, to a conference marking the 30th anniversary of the 30,000 political prisoners massacred in Iran, simultaneously held in 20 major capitals, on Saturday, August 25, 2018.

Maryam Rajavi urged the UN Security Council to prepare for the prosecution of the clerical regime’s leaders, those responsible for the 1988 massacre, and the officials in charge of four decades of crimes against humanity in Iran.

Mrs. Rajavi added, “The time has come for the world community to stand by the people of Iran in their uprising against the religious fascist regime ruling Iran and recognize their determination for regime change.”

A number of political dignitaries, lawmakers, elected representatives, jurists, and high ranking religious personalities, as well as members and representatives of the Iranian communities in Europe and Canada attended and addressed the conference. A number of witnesses to the 1988 massacre, families of the massacred prisoners, and former political prisoners also testified in this conference to the inhuman crimes of the Iranian regime.

In another part of her remarks, Maryam Rajavi said, “The clerical regime’s reaction to dissent, even inside prisons under their own control, is mass execution. Any legitimate protest or demonstration is repressed by detention and torture of participants. In the uprisings last December and January, what was the protesters’ demand and what did they do wrong to be tortured to death? The bodies of a number of them were handed over to their families, telling them that they had committed suicide while in detention. The regime commits the crime and yet blames the victims of torture and massacre as culprits and criminals.”

Mrs. Rajavi asked, “In the face of such a monster, is it right to give in, or to stand up, resist and fight back? Where can you find a dictator that does not accuse the people’s just and legitimate resistance of terrorism, or who does not try to get rid of freedom lovers and opponents by accusing them of violence? Indeed, which dictator, tyrant or despot has given up on his crimes by silence and surrender of his victims?”

Maryam Rajavi said, “The resistance units in Iran follow the footsteps of those men and women who said no to the regime and were massacred in 1988. The clerical regime is beleaguered by the eight-month-long uprisings, by the growing role of the PMOI and resistance units in organizing and leading the revolts, and by the consequences of a plummeting and drowning economy.”

Mrs. Rajavi added, “As the regime’s recent terrorist plots against the PMOI were being revealed, it was once again proven that terrorism is inherent to the clerical regime. There is hardly any place in the world which has remained immune to the regime’s terrorism extending from the Middle East to Europe and the U.S.

“To break out of deadlock, the mullahs sought to target the Resistance’s gathering in Paris on June 30 by a terrorist explosion. In March, they had tried another terrorist scheme against the Iranian Resistance in Albania. And just in recent days, the mullahs’ intelligence and terrorist activities against the PMOI in the U.S. were revealed after two of their agents in that country were arrested. Again this week, the clerical regime’s cyber terrorism was identified and banned. This sinister network which seeks to disrupt safe communications and prepare the grounds for terrorist operations, must be shut down altogether.”

The political dignitaries, representatives of Iranian communities, witnesses to the 1988 massacre who spoke to the global video conference urged the International Community to support the Iranian people’s uprising for regime change and freedom, and adopt a decisive policy against the theocratic regime ruling Iran.

They also called for condemnation of the Iranian regime’s human rights abuses and terrorism, and prosecution of the masterminds and perpetrators of the 1988 massacre who are presently among the highest officials of the clerical regime and directly involved in the suppression of the ongoing anti-government protests in Iran.

Mrs. Rajavi”s speech on 30th anniversary of 1988 massacre in…

The relatives of the political prisoners massacred in 1988, in Iran, share their…

Patrick Kennedy: if 1988 massacre is happening in Iran in…

Azadeh Alamiyan: Iran’s uprising is the best indication of the PMOI popular support in Iran 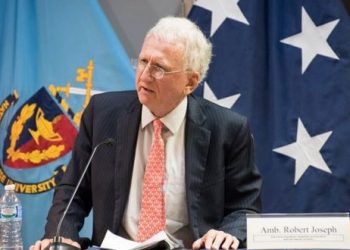