Kurdish political prisoners were executed by the Iran’s brutal regime 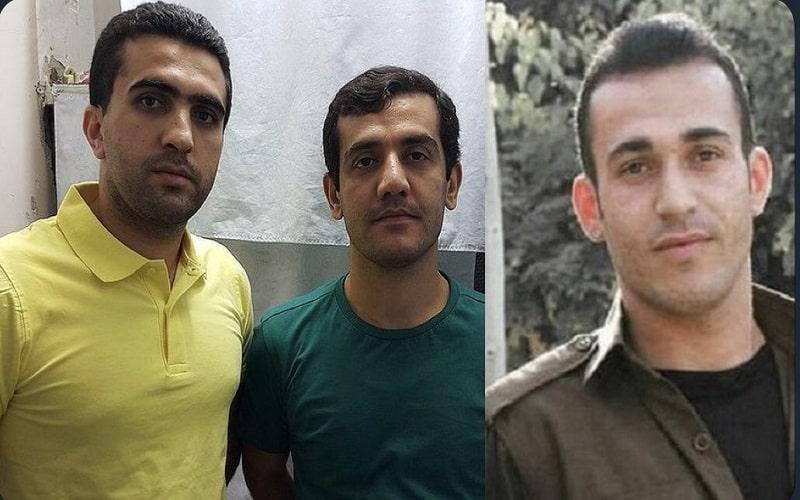 Kurdish political prisoners were executed by the Iran's brutal regime

Kurdish political prisoners were executed by the Iran’s brutal regime

Faced with overwhelming popular outrage and detestation, the regime carried out the executions despite repeated international calls, to terrorize the public and prevent further anti-regime protests.

The prisoners had been on dry hunger strike for several days. Zanyar and Loghman were in jail for more than nine years, and Ramin had been imprisoned over the past 14 months. They were under severe duress during their incarceration.

Mrs. Maryam Rajavi, the President-elect of the National Council of Resistance of Iran, described the Iranian regime’s execution of three Kurdish activists and the missile attacks on the headquarters of the Kurdistan Democratic Party of Iran and the Kurdistan Democratic Party as crimes against humanity, and called on the United Nations Security Council to address these atrocities.

It is worth mentioning that the Iranian Resistance has repeatedly called, including yesterday, on the UN Security Council and its member states, to take urgent action to prevent these arbitrary executions in blatant contradiction to recognized international norms.

The Iranian opposition National Council of Resistance of Iran (NCRI) issued a statement on September 7th calling on the United Nations Secretary-General, Security Council and High Commissioner for Human Rights demanding urgent action to prevent the execution of these three Kurdish political prisoners.

Amnesty International had time and again called on the Iranian regime to immediately cancel the execution of Kurdish political prisoners. The mullahs, however, are in dire need of executions and crackdown in the face of escalating protests across the country.

UN human rights experts had also placed calls demanding the immediate cancellation of these three political executions, calling into question the judicial process as well and the continuation of executions by the Iranian regime.

“We are alarmed by information received that Zanyar and Loghman Moradi suffered human rights violations before and during their trial, including torture and other ill-treatment and denial of access to a lawyer,” their recent statement reads.”

The Moradi cousins were sentenced to death in a 20-minute trial and having been forced to confess under torture.

The suppression of ethnic and religious minorities is a recurring trend under the brutal rule of the Iranian regime. Back in August 2016, the Iranian regime had executed 10 Sunni Muslims despite the accusations raised against the mullahs’ regime of using coerced confessions and having a corrupt judiciary.

In July, #RaminHosseinPanahi’s mother wrote to @FedericaMog asking her to save Ramin. She replied by giving €18m to those who executed her son. Sometimes it feels like the current #EU heads have hijacked #EU institutions for some unknown goals. #RIPRamin #RIPXaniar_Loghman_Ramin pic.twitter.com/PA1oUyD2fg

MEK members stand up and remain loyal to their beliefs