The Iranian regime is known as the godfather of state-sponsored terrorism in the world and it uses the most violent kind of terrorism against its opposition and whoever it counts as an enemy.

The MEK has by far been the main victim of the clerical regime’s terrorism; many members of the MEK have been assassinated outside Iran.

After the 1979 revolution, when Khomeini assumed power in Iran, the PMOI/MEK had a very prominent role in vouching for civil liberties and human rights.

During a two-and-half-year period, the members and supporters of MEK widely participated in social gatherings and meetings that called on the ruling regime to respect the rights of the people.

In 1981, Khomeini’s regime imposed a ban on all Iranian opposition groups, including the MEK, and engaged in a widespread and violent crackdown on all dissidents.

In the years that ensued, the Iranian regime rounded up tens of thousands of MEK’s members and supporters and executed them.

In 1988 alone, under a fatwa by Khomeini, the Iranian regime executed 30 thousand political prisoners, most of them members and supporters of MEK.

In tandem with the domestic suppression of the Iranian opposition, the mullahs’ regime staged dozens of terrorist attacks against the members and supporters of MEK abroad. The regime’s agents have assassinated prominent Iranian opposition members, including Kazem Rajavi, the brother of Massoud Rajavi (the leader of the Iranian opposition), and other members of MEK and NCRI. The regime’s terrorist proxies have also attacked the headquarters of the MEK in Iraq on several occasions, especially after the 2003 U.S.-Iraq conflict, killing more than 100 and injuring more than 1,000 people. 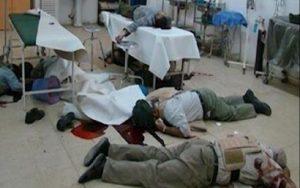 Only from 2011 to July 2016, MEK members at Camp Liberty in Iraq were attacked five times. These rocket attacks have resulted in the death of dozens. 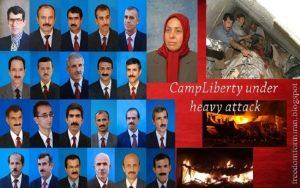 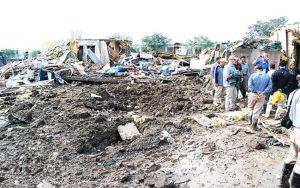 At the beginning of 2018, the Iranian regime tried to attack the members of the MEK in Albania but Albanian intelligence services thwarted the terror operation.

Two Iranians who were planning this terrorist operation were arrested and expelled.

On June 1, an Iranian diplomat in Germany was arrested for planning an attack on a meeting of the National Council of Resistance of Iran and the MEK in Paris.

The Iranian regime recruited Iraqi Shiite militants to attack the Kurdish parties as they did for attacking the MEK.

Iran is resorting to violence for its own survival, and as their main and most organized opposition is the MEK, the mullahs are paying the utmost attention to its elimination; so far the majority of the victims of the mullahs regime’s terrorism have been the members of the MEK.