standing beside the Iranian opposition secures Europe against terrorism 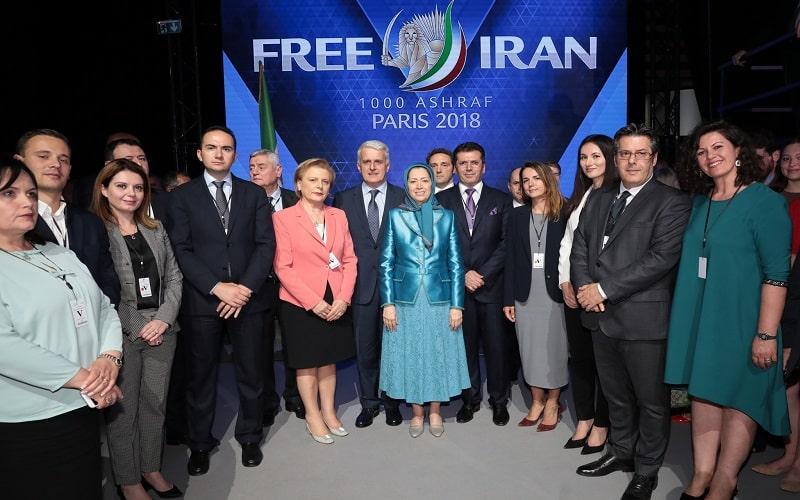 Iranian Opposition and its role in European Equilibrium of power

Recently, the Reuters news agency disclosed an interior memo of the French Foreign Ministry that drew the attention of many authorities and international figures. This memo was written by a high-level French authority and has ordered French diplomats to cancel any travel plans to Iran except for urgent cases.

Brian Hook, the head of the Iran Action Group in the US

State Department commented on it quickly.

This is a compendious yet very meaningful memo. Let’s study the Reuters report:

“The memo cites a foiled plot to bomb a rally held by an exiled Iranian opposition group near Paris that was attended by Trump’s lawyer Rudy Giuliani as a sign of Tehran’s more aggressive stance towards France.

The behavior of the Iranian authorities suggests a hardening of their position vis-a-vis our country, as well as some of our allies.

Given the known security risks … all departmental officers, whether from headquarters or (overseas) posts, are required to defer until further notice, except for urgent work, any travel plans in Iran.”

As we know, this new crisis in the relationship between France and the Iranian Regime began after the failed terror attempt of Mullahs regime’s MOIS agents. The terrorist cell has targeted a Rally of the Iranian Opposition in Paris on June 30 where over 100,000 Iranians gathered in support and determination for achieving a free and democratic Iran under the leadership of Ms. Maryam Rajavi, the president-elect the National Council of the Resistance of Iran (NCRI).

“I have come here on behalf of a Resistance movement, which has offered its entire existence to secure victory for the Iran uprising, and for Iran’s freedom, pride, and magnificence.

I have come here to reiterate what you, arisen people in Iran seek: The time has come for the regime’s overthrow. Victory is certain and Iran will be free.”

According to the achievements of the resistance movement both inside Iran and abroad, and having in mind the failed terrorist activities of the mullahs’ regime against the Iranian opposition, especially Mrs. Maryam Rajavi and the MEK, one can easily deduce that the mullahs have failed in restraining the resistance through the creation of a climate of fear and oppression.

Finally, it’s time for the International Community to choose to stand with the right side of the history.

The Iranian People and the opposition are going forward to make Iran’s destiny and the freedom will come.

The survival of a terrorist, fascist, clerical regime would benefit no one. The mullahs’ regime has confessed both in action and words that the Iranian resistance with the leadership of Mrs. Maryam Rajavi, having the NCRI and the organized MEK in its core, is its true adversary; as have the dissident Iranians abroad and the risen people of Iran pinpointed the fact.

This democratic alternative is the real chance for establishing a free, non-nuclear Iran, at peace with its neighbors which will also lead to the stabilization of the Middle East.

So, let us do not miss this historical opportunity and stand with the real and powerful alternative for Iran to get rid of terrorist Mullahs and their allied outside Iranian borders.

MEK: Congratulations on the 53rd anniversary of founding the MEK. Resistance unit

The missile attack on Kurds, a smokescreen to conceal Iran’s Mullahs’ weakness regarding uprisings and MEK