Rouhani striving in vain to overcome the crisis 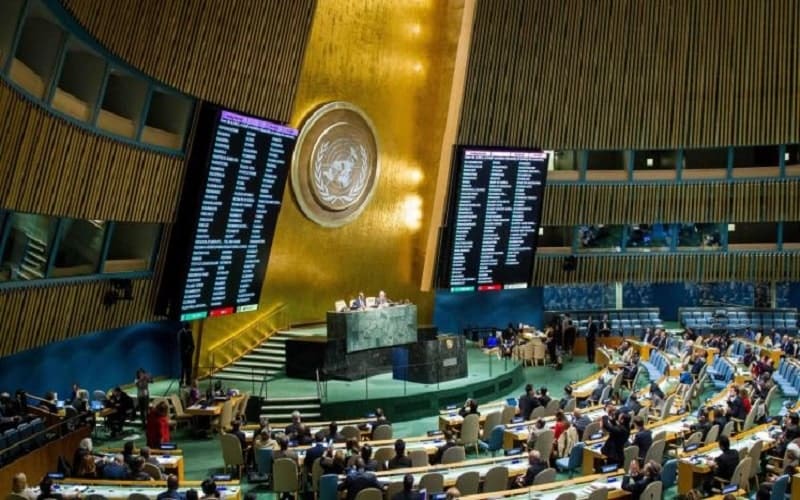 Rouhani striving in vain to overcome the crisis

The presence of Hassan Rouhani at the annual meeting of the UN General Assembly has turned into a dilemma within the Iranian regime.

This debate began arose when the United States as the head of the UN Security Council announced that a meeting of this council addressing Iran will be held as a side event of the annual meeting of the United Nations General Assembly UNGA, and will be headed chaired by Trump.

Evidence suggests that in the current situation, the mullahs are stuck between bad and worse. while during the previous years, they have tried to pursue their goals by attending the UNGA.

As it was announced that the UNSC’s meeting on Sep. 26 was going to be chaired by president Trump, the debates within different factions of the clerical regime fomented over Rouhani’s attending UNGA.

Some figures such as Shariatmadari, the chief editor of state-run Keyhan daily affiliated with Khameni’s faction advised Rouhani on Tuesday, Sep.11 not to attend the assembly to ‘humiliate’ the US.

But it seems that at the end of the day they came into the conclusion that not going to New York will deepen their isolation, and takes the opportunity to haggle from them.

To tackle their political isolation, the regime needs to attend the annual UN summit to pretend that nothing has changed in Iran after the re-enforcement of the sanctions and anti-government protests; and to show that the Iranian regime is still a powerful regime, hoping this could return the foreign companies back to the Iran’s market or attract political support of some countries.

Mullahs are plunged into deepest problems, but these will not be solved at UNGA, but in the streets of Iran.

Warmongering and evil policies of the regime in the Middle East has plundered and wasted the wealth and assets of the people of Iran; while they live in poverty, mullahs provide Bashar al-Assad with $5 to $15 billion.

Reuter’s report on Nov. 11, 2013 reveals that Ali Khamenei, the Supreme Leader of the regime, oversees an organization called the ‘Executive Headquarters of Imam’s (Khomieni) Order’ having $95 billion in possession. In a tight spot where % 80of the people live under poverty line in Iran (and the rial vs dollar exchange rate is shocking, this money is spent for terrorism and providing paramilitary groups, proxies of Khamenei.

The exchange rate in Iran is at its highest level in Iranian history, Iran’s currency is almost worthless and the people’s purchasing power is not enough to make ends meet. Just over the course of one month, the dollar’s rate in the free market rose from 8 thousand tomans to 12500thousand tomans.

Iran Revolutionary Guards Corps (IRGC), which is a military organ and serves Khamenei has taken control of the Iran’s economy by illegal means such as theft and smuggling of goods.

The country’s highest budget is assigned to the IRGC which has crippled other governmental systems by rocket manufacturing and transfer of arms for terrorist groups.

The widespread corruption in the government has allocated the wealth of the country in the hands of only a few people who are at the top of the state at high levels.

With the failure of the appeasement policy and the start of US economic sanctions on Iran, many European and non-European companies are not willing to sacrifice their own interests in the United States as a bargain with the Iranian regime, and so far, many foreign companies have left Iran.

Mishandling of the country’s economy, poverty, unemployment, governmental corruption, and most importantly, human rights abuses in Iran have led people to take into the streets and to demand the Mullahs overthrow. In various demonstrations People clearly chanted slogans such as “Death to dictator; Death to Rouhani; Khamenei lives like a god, while the people live in poverty; let go of Syria, think of us”; and demand the regime’s overthrow.

On the other hand, the Iranian opposition and the MEK have increased their activities inside Iran through the expansion of resistance units and widespread anti-government protests nationwide.

Therefore, in conclusion, and having in mind the current circumstances, Rouhani’s attending the UNGA is but in vein. As long as this regime does not abandon its evil intentions and does not solve economic, social and political problems a UN speech cannot save it and it will face its destiny; being overthrown.