Over the past several weeks, agents and mercenaries of the clerical regime led a dirty campaign against the People’s Mojahedin Organization of Iran (PMOI/MEK) under the guise of reporters from Britain’s Channel 4 and Al-Jazeera English.

After running campaigns by Channel 4 (September 6) and Al-Jazeera English (September 16) to discredit the MEK on behest of the Iran regime, the regime’s Foreign Minister, Javad Zarif, and the regime’s Ambassador to the United Kingdom, Hamid Baeidinejad, called for the closure of the accounts of the supporters of the Iranian Resistance.

It is ironic that a representative of a regime which deprives 80 million Iranians of social networks, gives instructions to close down the internet accounts of its opposition – an act which reveals the regime’s fear of the growing popular unrest as the intensified international sanctions are looming.

In addition, it clearly shows that the disparaging campaigns broadcasted by Channel 4, and Al-Jazeera English were “ordered” by the mullahs’ regime.

One has to recall that recently, Facebook, Twitter, and Alphabet (Google’s parent company) found multiple social media accounts and websites that formed part of an Iranian campaign to covertly influence public opinion in favor of Iran across the world by sharing content from the Regime’s state-run media.

SO Their remarks are further proof that the fake news, aired via these programs were a vengeful repetition of the mullahs’ claims against the Iranian Resistance and aimed at diverting the attention from the regime’s cybercrimes and the closure of its fraudulent social media accounts. In 2002 and 2003, this regime claimed through hired mercenaries and journalists that Iraq’s weapons of mass destruction were hidden in the PMOI’s headquarters. The goal then was to divert attention from the Iranian Resistance’s revelations about the regime’s clandestine nuclear facilities.

The National Council of Resistance of Iran issued a statement and disclosed Al-Jazeera English, and the disgraced regime’s agents such as Trita Parsi, and his associate Azadeh Moaveni. The statement also reveals how on September 6, Channel 4, had secretly filmed the MEK residence and sent photos and videos to the regime’s intelligence agents. 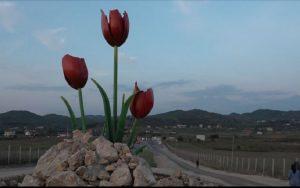 Mr. L Todd Wood, the columnist of Washington Times and the Editor-in-Chief of Tsarism website, on a recent business trip to Albania visited the MEK’s new camp and wrote a report that reveals the fake news spread by the Iranian regime, which reads:

“In fact, I was given a tour of the camp. The facilities are very functional, if not somewhat barren. With the MEK children having been brought out of Iraq to Europe and America in the last decade, the remaining adult members are all mostly older, although I did meet scores of a new generation of MEK, male and female, some of whom were in the group of children who were evacuated from Iraq in 2009, only to join the MEK later in life. Many signed up in their relatives’ footsteps, to keep alive their struggle against the regime.”

In another part, Mr. L Todd Wood writes: “There has been much disinformation purposefully spread about the PMOI/MEK. I hope to confront most of it by writing from personal experience from my interactions with the Iranian resistance. This is the first of many reports on the subject.”