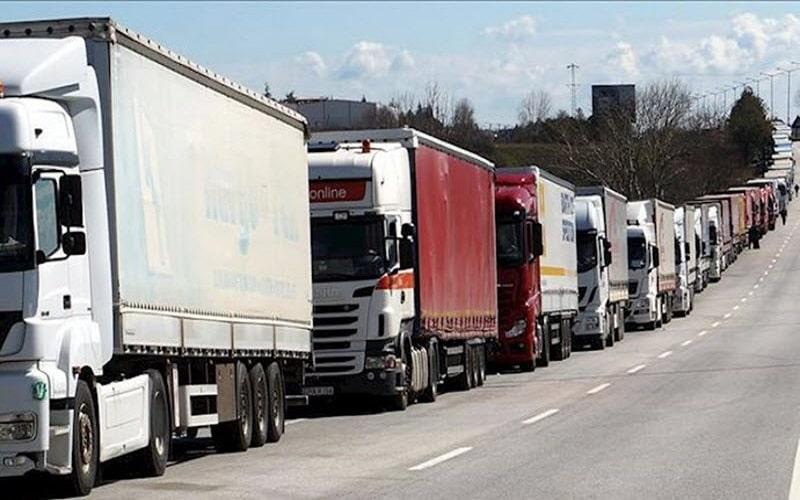 On Saturday, September 22, truck drivers and heavy vehicle drivers their strike across 156 cities in 31 provinces of Iran. They refused to move and load goods; as a result, the main terminals of the country were shut down. This strike followed the general strike of truck and heavy vehicle drivers in May and July this year. Fuel-supplying tanker drivers also joined the strike in some cities like Tabriz, Kerman, Bandar Abbas, and Arak.

On Monday, September 23, they continued their strike for the third consecutive day. This protest movement spread to 156 cities in all of Iran’s 31 provinces. Drivers have refused to accept any new loads and have brought all the load stations across the country to a standstill.

The drivers continued their strike despite regime authorities resorting to various threats and bogus pledges in an attempt to prevent them from protesting.

The Iranian regime even hired operatives to force the drivers into loading their trucks. This initiative also failed.

Here is a look at the same Cities that truck drivers launching strikes which has the potential of having a crippling effect over the mullahs’ control on the economy:

In the city of Mahabad, western Iran, drivers of mini-trucks have also joined the strike.

This strike is a continued movement witnessed in June and August of this year. Drivers of fuel tankers in various cities including Tabriz, Kerman, Bandar Abbas, and Arak have joined the strike in various.

In cities such as Sabzevar, Malayer & Nahavand, angry drivers are seen standing on the road and preventing any driver to leave with loads in their trucks.

Mrs. Maryam Rajavi, President-elect of the Iranian Resistance, saluted the noble drivers throughout Iran, saying that the mullahs’ regime neither wants nor can respond to their rightful requests. The realization of these demands is possible only with the freedom and sovereignty of the people. She called all the people, especially the youth, to support the strikers.

Rudy Giuliani: “I will be with you in a Free Iran much sooner than they think”