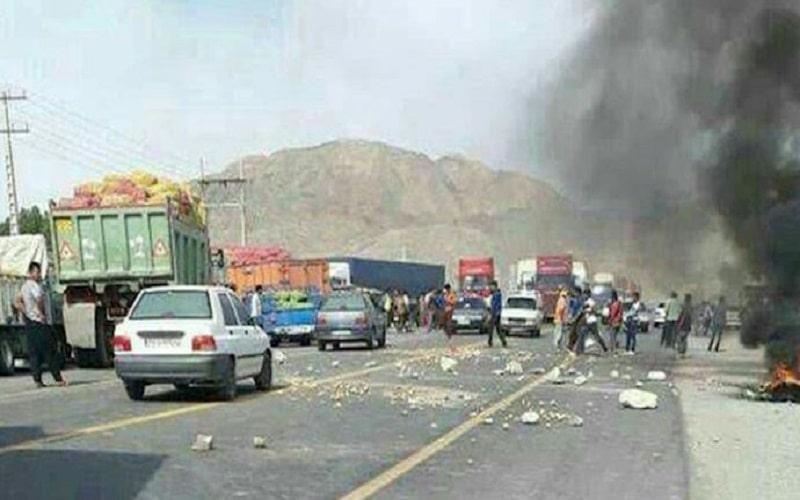 Truck drivers across Iran continued their nationwide strike on Monday, the tenth consecutive day, expanding to over 258 cities in all of the country’s 31 provinces.

The drivers are protesting low paychecks, skyrocketing spare parts prices and hollow promises provided by the mullahs’ officials and authorities.

While truck drivers are demanding their rights, due to the highly dangerous potential of truck drivers massive protest movement, the regime’s judiciary officials and Revolutionary Guards (IRGC) are continuously resorting to threats of arrests and executions. The brave truck drivers are refusing to succumb to these measures. Despite the fact that more than 120 protesting truck drivers have been arrested, the protest strike continues.

The Iranian regime attorney general Mohammad Ali Montazeri resorted to threatening the truck drivers to execution. On a state TV on Saturday, he declared, “Based on our information, there are individuals seen in various paths of some cities, provoking truck drivers and causing problems for them during their commuting. These individuals will be considered criminals and thieves, and they will be punished according to the law. In some cases, it will lead to their execution,”

The prosecutor general of Zarand, Kerman province, announced that seven protest truck drivers were arrested on charges of disrupting the transportation vehicle.

Previously, judicial authorities in different provinces of Iran have arrested 35 people in Fars province, 15 in Qazvin province, 13 in Isfahan province, 7 in Alborz province and 3 in Tehran province.

The National Council of Resistance of Iran (NCRI) has condemned these threats by issuing a statement.

In this regard, Mrs. Maryam Rajavi, the President-elect of the Iranian Resistance, saluted this strike and described the vindictive threats of the clerics against the dignified and hardworking drivers as a reflection of the growing crisis of the clerical regime. She emphasized that the ruling mullahs were the biggest bandits in the history of Iran and that they neither want nor can respond to legitimate demands of striking drivers.

Mrs. Maryam Rajavi called on all human rights organizations to take action to release the arrested and urged the general public, especially the youth, to support the strikers. Mrs. Rajavi added that realization of these demands is only possible with the establishment of democracy and people’s sovereignty. A regime that threatens to execute its working people due to a strike must be rejected by the international community.

Iran’s new wave of Terrorism- the EU and US Responses