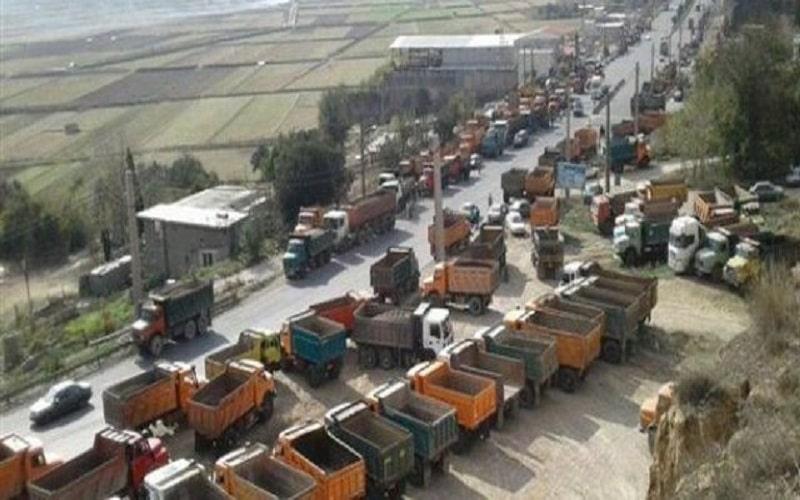 In recent months, protests and strikes by various Iranian trade unions and organizations, including workers, teachers, and farmers, as a nationwide strike, derived from the deteriorating livelihood and the increasing economic tensions, have thrown down a serious challenge to the mullahs’ regime.

In connection with the growing uprising of the Iranian people, truckers have started their strike in different parts of the country and various cities.

The low cost of freight, the high commission demanded by transportation companies, the increased cost of insurance and social services, the Staggering increase in the cost of fuel, tires and the price of spare parts, due to the mismanagement and plundering by the regime’s leaders, and the spiral fall of the national currency and fluctuations in the Foreign Exchange Market are part of problems that the truck drivers are faced with.

The truckers have demanded a 35 to 50 percent increase in fares, and have stated that would not consent to less than 35 percent.

International transport unions have supported the strike of the truck drivers in Iran, among them, the International Union of drivers in the United States and Canada with 1.400.000 members, which the pictures of their supports have been published in Virginia and other States.

While, in Iran, about 90 percent of the cargoes and passengers are transported by roads, over the past few years, the country’s road transport industry, has experienced lots of ups and downs.

Although, the road transport industry makes the most important connection bridge among the producers, merchants, exporters, importers, and consumers, but the adoption of non-expert and anti-people policies by the Mullahs’ regime has marginalized this industry and has pushed it to the brink of bankruptcy. 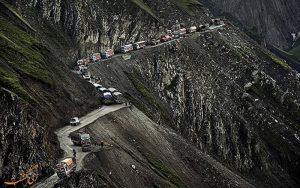 Alongside the growing uprisings in Iran, the nationwide strikes of truckers continue in various periods.

Instead of considering and responding to the legitimate demands of the toiler derivers, mullahs’ regime tried to end and cover up the strikes, temporarily, in the previous rounds by intimidation and windy promises.

After two rounds of widespread strikes in June and August this year, the truckers went on the third round of strikes on Sunday, September 23, in 136 cities in 31 provinces and the main loading terminals of the country were shut down.

The fuel truck drivers working in refineries in cities such as Tabriz, Kerman, Bandar Abbas and Arak joined to the nationwide truckers strike movement.

Given the serious hazardous consequences of this massive protest movement, Iranian regime authorities have resorted to threatening the truck drivers. In this regards the attorney general Mohammad Ali Montazeri announced, “Based on our information, there are individuals seen in various paths of some cities, provoking truck drivers and causing problems for them during their commuting. These individuals will be considered criminals and thieves, and they will be punished according to the law. In some cases, it will lead to their execution,” he said in remarks broadcasted by the state-run TV on Saturday.

At the same time, Ali al-Qasimehr, the chief justice of the Fars province, accused the strikers of “corruption on earth,” and IRGC Brigadier General Mohammad Sharafi, one of the commanders of State Security Forces, threatens the protesters with harsh action. (State TV – September 29).

In a statement, Mrs. Maryam Rajavi, the president-elected by the National Council of Resistance of Iran (NCRI), saluted the honorable striking truckers throughout Iran and stated, “The ruling mullahs neither want nor can respond to legitimate demands of striking drivers,” and, “Realization of these demands is only possible with the establishment of democracy and people’s sovereignty.”

Mrs. Maryam Rajavi called on the general public, especially the youth, to support the strikers.

The nationwide strike of truck drivers, in conjunction with other strata, guilds and the uprising of the Iranian people, will extend, deepen and continue until the regime change in Iran.