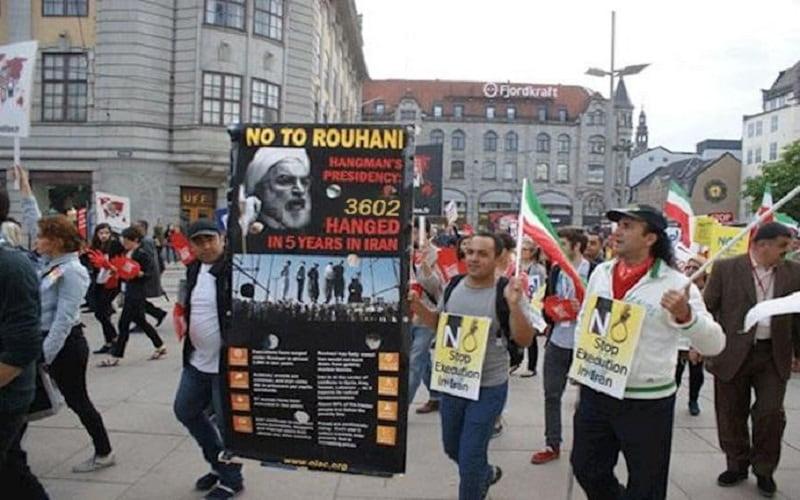 Since the year 2002, October 10, has been named the International Day against the Death Penalty by dozens of human rights organizations.

October 10th, World Day against Death Penalty is here. For citizens of countries with governments fixated on executing the cruel and inhuman punishment, it is a reminder that despite world’s grand entrance into the 21st century, there is still a long way to go, before leaving this medieval punishment behind for good.

Iran is a prime example of such a mentality. By scratching the surface and getting a little deeper, for Iran’s rulers, it is not just a mere form of punishment. It is an instrument of spreading fear among the citizens. Even China, with a population 17 times larger than Iran, and a world’s leading advocate of the death penalty, there is hardly any case of public hanging or juvenile execution.

#WorldDayAgainstTheDeathPenalty: #Iran under the despotic rule of brutal ayatollahs has the highest number of executions in the world proportionate to its population pic.twitter.com/wuWcPzxYfm

In the case of mullahs in Tehran, execution is a means to an end. It is only used to keep in check the fed up citizens, it is a reminder that dissidence will have dire consequences. The regime has tried throughout its life to sugarcoat and sell it to the rest of the world as a noble contribution in the fight against drug smugglers.

In Iran, people are executed by the state as punishment for a variety of crimes – sometimes for acts that should not be criminalized. Hundreds are hanged for non-violent drug offenses. This day should involve Iranian regime who have not abolished the death penalty. Iran has the highest rate of executions per capita in the world. The officially announced total number of executions during Rouhani’s tenure has reached 3,602 cases.

According to HRM website: “Since January 2018, at least 223 people have been executed. The executions of at least nine political prisoners and six individuals who were under 18 at the time of the crime have been confirmed. 35 executions were carried out in public.”

On the #WorldDayAgainstTheDeathPenalty , we draw attention to the plight of #women in #Iran who are victims of execution and urge the international community to pressure the Iranian regime to stop the death penalty, especially against women.https://t.co/Ft1OnOQfmv

Nevertheless, the true figures are definitely higher as most executions in Iran are carried out in secret.

A large number of defenseless prisoners are covertly executed in jails across the country and thousands of others are on death row.

Rouhani has specifically said these executions are “either based on God’s laws or the legislation adopted by the parliament… and we are merely implementers.”

Executions, torture, stoning, amputating hands and feet, and gouging out eyes are institutionalized in Iran and literally legalized by this regime’s so-called laws. Executions in Iran have become means to crack down on people’s freedoms and quell social protests.

We call on all human rights organizations and advocates to impel the mullahs’ regime to bring an end to executions in Iran. 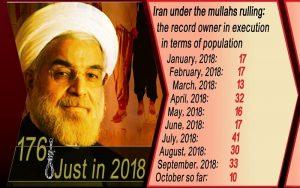 MEK supporters rally in Support of imprisoned teachers and truckers