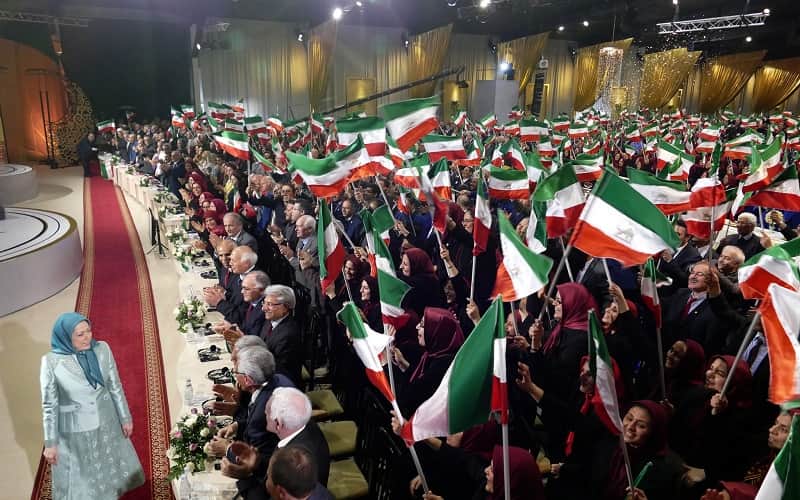 October 29 was the third anniversary of a missile attack at Camp Liberty in Iraq, where hundreds of defenseless MEK members were housed. The attack consisted of a barrage of 80 missiles and killed 24 MEK members; the damage was estimated at over $10 million.

In fact, IRGC and MOIS intended to massacre the MEK members through that terrorist operation. But this ominous intention failed thanks to the MEK members’ alertness.

An embassy or a center of espionage and monitoring?

In summer of 2016, when the last group of the MEK members was transferred from Iraq to Albania, the MOIS stepped up its activities in that country using the expansion of Iran’s embassy as a tool and replaced its ambassador there with an MOIS agent.

The mission of the regime’s embassy there entirely changed to espionage and monitoring, the target: the MEK members.

Thus, contrary to the claims of the regime’s lobbies, the mullahs have proved in word and practice that the MEK, in spite of the geographical distance, is the main threat to the regime’s survival. In addition, the MEK plays the most important and most effective role in the struggle to overthrow the mullahs’ religious fascism, inside Iran and abroad.

MEK is the heart of the uprisings and protests in Iran

In the last days of 2017, economic grievances sparked a new round of anti-regime demonstrations in nearly 140 cities of Iran, continuing up to now.

The regime did attempt to crackdown the protests, resorting to its oppressive apparatus, but it has failed so far.

So to overcome the domestic uprising, the regime sought to strike at the heart of the resistance and its sworn enemy. In this regard, MOIS and Quds force have been tasked with implementing terror schemes targeting the MEK members. No need to say that “the decisions for terrorist operations are made at the National Supreme Security Council presided by Hassan Rouhani, and subsequently approved by Khamenei.”

The fallacy of rogue groups

Thus, we are not facing arbitrary elements in Iran, but we are facing a state-sponsor of terrorism, As Mrs. Maryam Rajavi the president-elect of the NCRI has mentioned: “the mullahs and their lobbies endeavor to insinuate the theory that, first, the terrorist operations are carried out by arbitrary elements, and second, they are done by some internal factions seeking to sabotage what Rouhani and Zarif do,” but in fact “these lies, however, can deceive only those who are inclined to be deceived!”.

The security of Europe depends on adopting a firm policy

Therefore, the security of Europe depends on adopting a firm and responsive policy against terrorist activities of the mullahs, especially MOIS. As an efficient counterterrorism policy, which is essential for the security of Europe, the EU governments and Mrs. Federica Mogherini need to designate MOIS as a terrorist organization, expel MOIS personnel and agents from European soil mostly disguised as Iranian diplomats, close all of the Iranian regime’s centers of espionage and terrorism, including its embassies.

MEK: The Main Source Of The Mullahs’ Fear Of Cyberspace!

MEK Members, Massacred In 1988, For The Rights Of “Free Election” And “Freedom Of…

Sanctions are not the ultimate solution; recognize the Iranian resistance