Present the statement of 150 MEPs to Mrs. Maryam Rajavi 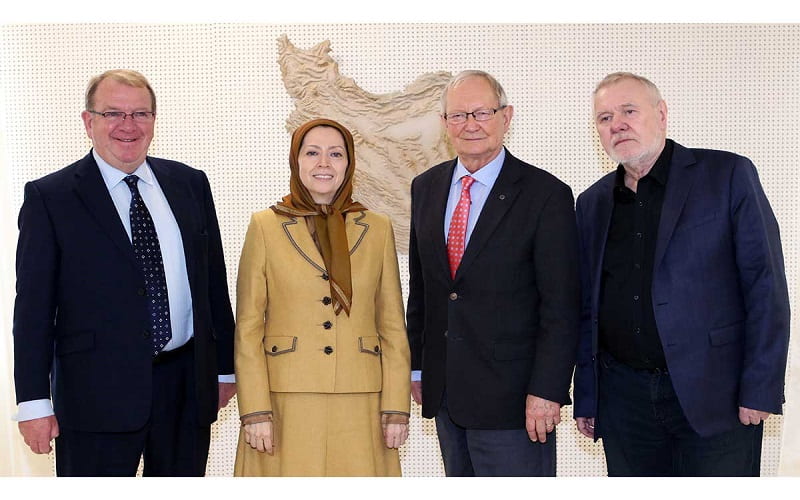 The EP delegation noted the statement of 150 MEPs and conveyed the support of their colleagues in the European Parliament to Maryam Rajavi.

On Sunday, November 25, a delegation of the European Parliament visited Mrs.Maryam Rajavi in Albania, EU delegation offered the statement of 150 MEPs to Mrs. Maryam Rajavi, the president-elect of the NCRI.

Who are Iran’s resistance units?

Maryam Rajavi’s website published a report about this meeting:

The EP delegation noted the statement of 150 MEPs and conveyed the support of their colleagues in the European Parliament to Maryam Rajavi. The statement of MEPs stipulates, “Since late December last year, Iranian cities have been the scenes of major uprisings and anti-regime protests. The social atmosphere is volatile, and people demand fundamental change. The regime’s officials have acknowledged the role of “resistance units” of the opposition PMOI in organizing protests and nationwide strikes.”

The statement emphasizes, “Unable to defeat the protesters at home, the regime launched a new wave of terrorism against the democratic opposition activists in Europe and in the United States.”
The statement by MEPs concludes, “We must hold the Iranian regime accountable for its terror plots and expel Iranian Intelligence Ministry operatives from Europe. We must also condition our relations with Iran to an improvement of human rights and women’s rights, and a halt to executions.”

During the meeting, Mr. Tunne Kelam said: I have been closely following up on Iran and the Iranian Resistance for 20 years. I have personally met and seen the PMOIin Ashraf and talked to hundreds of them. This is the second time I am visiting them, in Albania. What I saw today was truly remarkable, indicating on the one hand, their wonderful advances in building this place in such a short period of time and on the other hand, their livelihood and joy. To me, this is a promise that the people of Iran will achieve their freedom.
Mr. Kelam congratulated Maryam Rajavi on these advances and said: Your movement has set a new moral, political and democratic standard, something that gives you the power to confront the medieval, fundamentalist regime ruling Iran.
At the same time, Mrs. Rajavi and PMOI have provided moral and political inspiration for hundreds of European political leaders in supporting PMOI’s struggle for freedom in Iran. European politicians have been encouraged to take a strong and principled political stand versus the appeasement policy, Mr. Kelam added.

The EP delegation noted the statement of 150 MEPs and conveyed the support of their colleagues in the European Parliament to Maryam Rajavi in #Albania #Iran #FreeIran2018 #IranRegimeChange #MEK #MaryamRajavi #NCRI https://t.co/0yjjbSxhxs pic.twitter.com/ojWCf2DF51

Mr. Stetina also said: A wide range of MEPs from different political groups support the PMOI and the National Council of Resistance of Iran. They are confident that Iran’s future is tied to this Resistance and to you, personally. This is why the Iranian regime has once again resorted to terrorism. Their ill-fated terrorist attempts in Albania, France, and the U.S. clearly show that the Iranian regime views this movement as its main existential threat. When it cannot defeat the PMOI and the NCRI by suppression and terror, it moves full force to deploy the mercenaries and “reporters” it has trained to demonize the Resistance and carry out smear campaigns. This is something that we have very well experienced in the European Parliament.

Mr. Stevenson also said in this meeting: All signs indicate that Iran’s ruling regime is in dire straits and cannot continue its rule. The emphases by the leader, president and other officials of the regime leave no doubts on the role of the PMOI in advancing the popular uprisings. Therefore, there is nothing strange for us that their slander machine has been put to work at its highest speed. These efforts are in vain and will not deceive anyone.

Maryam Rajavi expressed her appreciation for the efforts of members of the European Parliament. Explaining in detail the latest developments on the volatile state of the Iranian society and the regime’s aggravating crises, she said: Despite massive repression, widespread arrests and murders in detention projected as suicides, the Iranian people’s uprisings have continued ever since they started in the final days of last year, becoming ever more organized. The growing trend of strikes, protests, and demonstrations by workers, farmers, and other toiling sectors have sounded the alarm bells for the regime, bringing closer the prospects of victory of freedom and democracy over the dark religious tyranny that has invaded our homeland for four decades.

Mullahs’ spy nests; shut them down 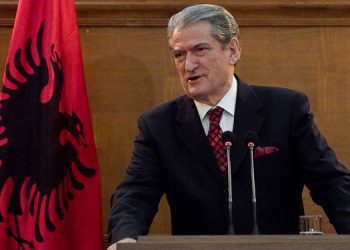 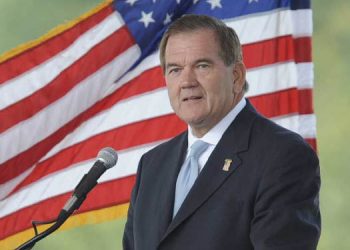