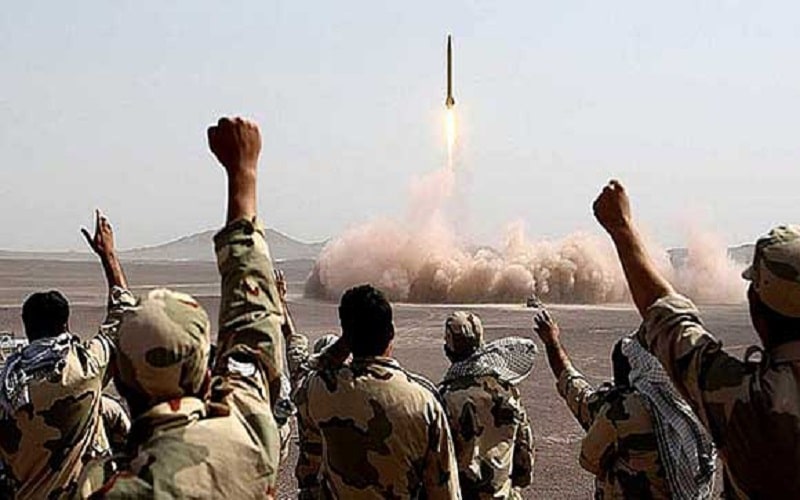 Nowadays, the Iranian regime is engaged in another malicious adventure in the region. According to the reliable evidence, on November 30, the mullahs have test-launched a medium-range ballistic missile. One day after the testing, the U.S. Secretary of State, Mike Pompeo issued a statement condemning this recent violation of UNSCR by the mullahs:

“The Iranian regime has just test-fired a medium-range ballistic missile that is capable of carrying multiple warheads. The missile has a range that allows it to strike parts of Europe and anywhere in the Middle East. This test violates UN Security Council resolution 2231 that bans Iran from undertaking “any activity related to ballistic missiles designed to be capable of delivering nuclear weapons, including launches using such ballistic missile technology . . .”

In this regard, U.S. national security adviser John Bolton tweeted earlier on December 2 that “Iran just test-fired a ballistic missile capable of reaching Israel and Europe. This provocative behavior cannot be tolerated.”

Of course, the regime’s lobbies attempt to pretend that this hostile act is not worth considering. But, contrary to this ludicrous claims, testing of a medium-range ballistic missile undoubtedly has violated the UNSC resolution 2231, which bans Iran from undertaking any activity related to ballistic missiles.

British Foreign Secretary Jeremy Hunt said on Twitter that he was deeply concerned by “Iran’s test-firing of a medium-range ballistic missile. Provocative, threatening and inconsistent with UNSCR 2231.”

“Our support for (the Iran nuclear accord) in no way lessens our concern at Iran’s destabilizing missile program and determination that it should cease,” Hunt added.

There is a question and it is: Why does the regime employ these provocative measures, which violates UNSCR’s resolution? Isn’t the Iranian regime already surrounded by deadly crisis inside the country and abroad? The time for this regime to use false flags is over and it must be held accountable for its malign behavior.

Contrary to the appeasement era, the world will not turn a blind eye on ballistic missile testing anymore. Though the mullahs endeavor full force to pervert public opinion, they should be ready to pay the price for violating the global standards.

The regime is no longer capable of legitimizing its destabilizing measures in the region and the world by masquerading its malign activities as defensive and deterring! So, it seems that no one wants to be deceived by farcical claims of the mullahs any more.

In this context, as the special envoy for Iran, Brian Hook asked: “The Iranian government claims that its missile testing is completely defensive in nature. How exactly is the world’s leading sponsor of terrorism entitled to the claim of defense?”

“In fact, Iran’s security concerns are entirely self-generated. Was the plot to bomb Paris defensive? Was the assassination attempt in Denmark defensive?” Brian Hook added.

(Attacks that targeted the Iranian opposition, especially the MEK, led to the arrest and expulsion of a number of credited regime’s diplomats.)

As the deprived workers and strikers are chanting that enemy is right here (the regime), indeed, the latest regime’s move proved both in words and in practice that the regime’s main fear is the Iranian people and of course the Iranian resistance (MEK).

In conclusion, foiling regime’s threats including its ballistic missiles and its malign influence in the region is directly related to recognizing the rightful struggle of the Iranian people and their resistance, led by Mrs. Maryam Rajavi, toward achieving a democratic and peaceful Iran.

Thus, standing with the Iranian people and their organized resistance (MEK) is the only way to guarantee a safer world.

The missile attack on Kurds, a smokescreen to conceal Iran’s Mullahs’ weakness regarding uprisings and MEK

The activities of the resistance units on the occasion of the Symay-e Azadi telethon in the cities of Qom Kermanshah, Tehran, Isfahan and Hamadan City

Steelworkers’ strikes and protests in Ahwaz