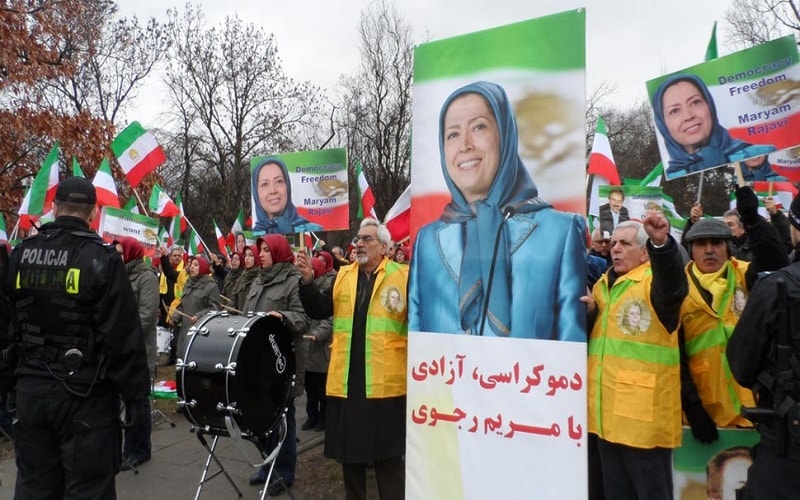 No matter how much the Iran regime and its lobbies want to downgrade the Warsaw Summit, calling it names such as “Warsaw Circus” (Zarif, Feb 14,2019), there lies only one question to answer: why are both the regime and its lobbies so much shocked and ignited, killing themselves with tons of negative articles and comments?

The answer is: They clearly see Iran regime’s downfall.

The alternative to this regime, the Iranian Resistance with the leadership of Mrs. Maryam Rajavi was present in Warsaw the whole time, reminding the participants of the summit of who has turned the motto of Iran regime’s downfall into reality.

The truth is that the regime is on the brink of its downfall, being named as the main state sponsor of terrorism and the main threat to the Middle East and the world by the Warsaw Summit due to the revelations of the National Council of Resistance of Iran (NCRI) regarding its atomic project, its ballistic missile program, its terrorism around the world, its expansionism and etc.

The world has no recognized the main source of insecurity, terrorism and warmongering. Holding the Warsaw Summit, it has shown that it now wants to confront it.

This resistance has paid the price of Iran regime’s downfall by 120,000 of its members and supporters, 30,000 of which were massacred in only one summer (1988) along with other freedom fighters by this regime and with thousands being tortures in these 40 years of mullah’s rein.

The Iranian people and their resistance don’t need a foreign war with Iran to rid the world of it.

The only thing the Iranian people want to see is for the west to stop appeasement with this regime and recognize the legitimate right of the people of Iran to resistance and to regime change.

As Mrs. Maryam Rajavi has declared in her message to the rally of Iran Resistance’s supporters in Warsaw:

On behalf of the Iranian Resistance, which has called for an arms and oil embargo against the mullahs’ religious dictatorship since 1981, Maryam Rajavi reiterated the need to take the following steps:

1. Recognition of the Iranian people’s right to resistance to overthrow the mullahs’ religious fascism and achieve freedom;

2. Designation of the Islamic Revolutionary Guard Corps (IRGC) and the Ministry of Intelligence and Security (MOIS) as a whole as terrorist entities by the U.S. State Department and the European Union;

3. Expulsion of the mullahs’ intelligence agents and mercenaries of the terrorist Qods Force from the U.S. and Europe;

4. Referring the dossier of human rights violations in Iran to the UN Security Council after 65 United Nations censures;

5. Supporting the referral of the dossier of the 1988 massacre of political prisoners in Iran to international tribunals;

6. Ouster of the mullahs’ illegitimate regime from the UN and recognition of representation by the Iranian people’s just Resistance;

8. Compelling the government of Iraq to pay compensation for the properties, equipment, arms and camps the PMOI/MEK and the National Liberation Army of Iran (NLA), which had fully paid for them and whose evidentiary documents are available.