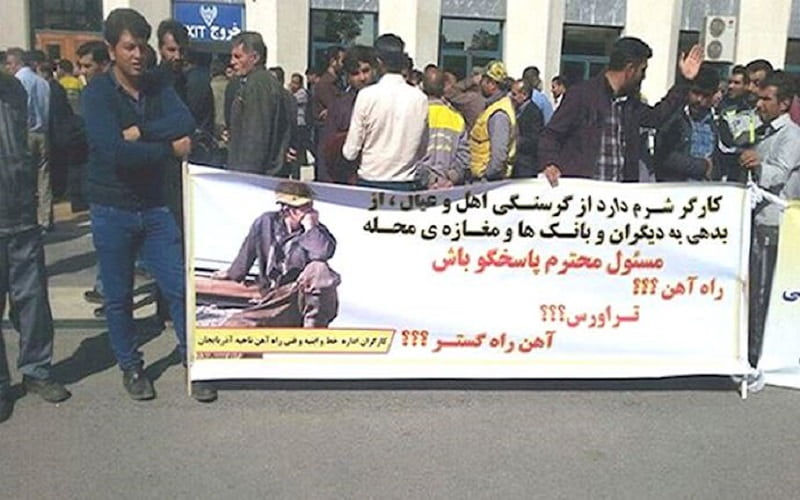 In the first week of February 2019, and on the eve of the 40th anniversary of the anti-monarchy revolution in 1979, Khamenei and his plunderers, took various stances on the explosive condition of the society and expressed fear of the popular uprisings and the potential overthrow of their regime. Despite the brutal repression, the Iran protests have continued this week. The people seized every opportunity to express their opposition to this corrupt regime, asserting that there is no way out of the social problems, save toppling this regime.

Statistical report the protests in Iran in the first week of February:

The total number of the protests in Iran in the first week of February were 40:

On average, there have been 6 protests a day.

The most significant protests in Iran in the first week of February :

– The workers of the wheel ring making factory in Mashhad (N.W.) staged a gathering in protest against the lack of job classification plan.

– The employees and workers of Zagros railway maintenance at Andimeshk City went on strike in protest to their unpaid wages.

– The workers of the municipalities of Chardoval and Karaj City staged gathering in protest against unpaid wages.

Plundered customers of financial institutes affiliated with the mullahs’ regime:

The retirees of the Iran’s custom gathered in front of the General Directorate of labor in Tehran province to protest against the Custom’s House Co-operation.

Teachers of Esfarvarin District, Qazvin Province, held a gathering in protest against the non-fulfillment of their demands

The students of Azad University, Science and Research Branch, gathered to hold a rite on the 40th day of the death of 11 students who were killed in a bus accident

Oshkohran village’s farmers, Isfahan Province, held a gathering to protest the lack of proper irrigation of their agricultural lands and flaws in water supply canals.

The most important protests of the week were as follow:

– The people of Isfahan, alongside a group of teachers, most of them women, held a gathering by Zayanderroud river to protest government policies.

– Abadan’s vendors staged gatherings for four days in protest against removing their goods from the streets.

– The protest gathering of the applicants of Mehr Housing in Ahvaz (S.W.)