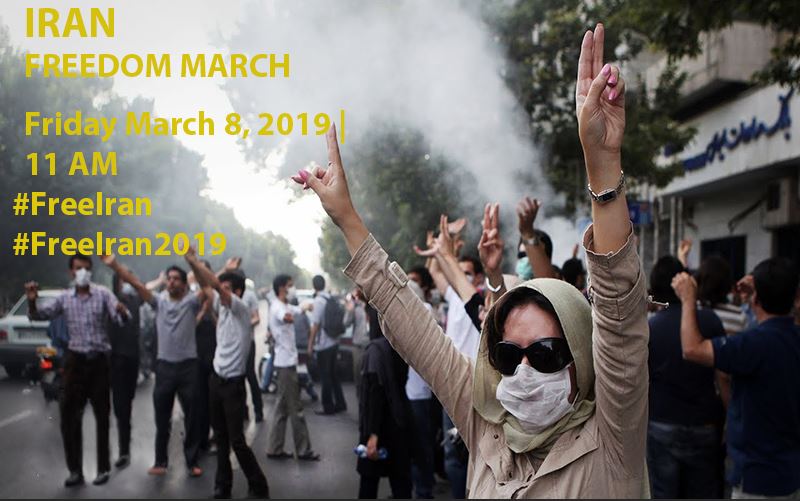 Iranian rally on Women’s Day, in Washington D.C., is to express solidarity with suppressed Iranian women and to echo their voice in the world.

Iranian rally on Women’s Day will be held at 11:00 AM on Friday, March 8, under the title of “Free Iran March”. The rally will also aim at supporting the Iranian uprising for regime change and establishing a secular republic.

The rally is organized and planned by the organization of the Iranian American Community (OIAC).

Though women’s rights are constitutionalized in many countries still we witness cases of harassment against them or violation of their rights.

The reactionary attitudes implied by some governments have made this situation even worse.

In this regard, one of the worst states in the world is Iran, where the women are under horrible suppression, gender segregation is a routine at universities, factories, buses, and workplaces.

The regime brutally violates the women’s rights, the Guidance Patrols, and Morality Police, systematically attack women, beat and arrest them under the pretext of ‘improper veiling’.

Iranian rally on Women’s Day envoys a message to the women’s rights advocates to consider the Iranian women situation and to take proper measures to defend them.

What is the message of Iranian rally on Women’s Day

Iranian rally on Women’s Day is a message of solidarity with the women who have been at the forefront of the uprisings against tyranny and have always called with utmost determination for confronting injustice and corruption, and most importantly, for overthrowing of the mullahs regime. Though the women of Iran are under the boots of tyranny, the Iranian rally on Woman’s Day strongly demonstrates that their voice for freedom and equality will never fade; until victory prevails.