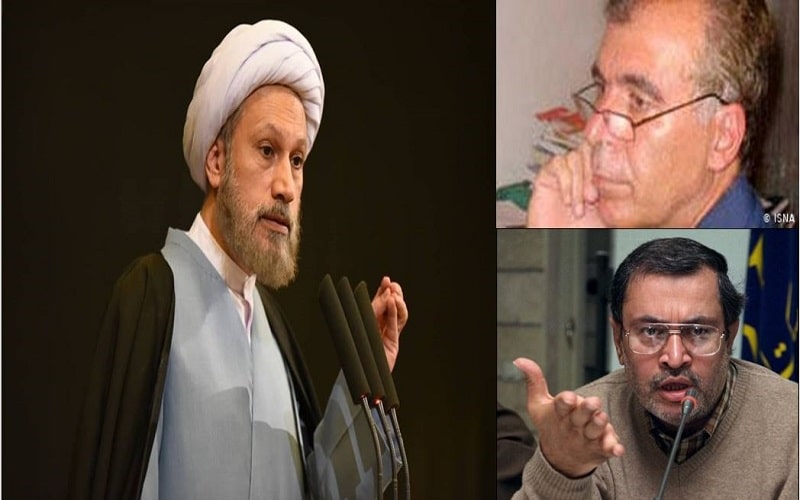 During recent days, the regime’s inaction to halt the devastating floods in Iran and the horror of its social consequences has turned into a big concern among ruling factions.  They warn each other of social revolt causing a social flood in Iran.

Saeed Hajarian, one of the founders of MOIS and a henchman himself during the 1980s, warns: If nature is not monitored, it results in a destructive flood, and if the society is not monitored, it leads to a massive crowd taking into the streets. January 2017 events are evidence of this issue. The protests in January were predictable and manageable. Negligence in monitoring and its consequences is the current state of the Islamic Republic. The Shah was unaware or indifferent of what was going on in the lower classes of the society, until (it was too late and) he suddenly announced, “I heard the voice of your revolution.”(Mokhber news- March 29, 2019)

In fear of what Shiraz Friday prayer’s Imam, mullah Dozhkum, called ‘sedition’ (read revolt and uprising) he warned the regime’s prosecutors and governors to threaten people in case of disseminating the floods news and said:” “Those who cause distress and anxiety in society, will be prosecuted, they must not commit such actions, some things are causing sedition. (Regime’s state-run television- March 29, 2019)

Shirzad Abdollahi, a regime agent, warned both factions in fear of the consequences of the devastating floods in Iran, meaning “rebellions” that would topple the regime, warned both factions: “Hardliners criticized the government’s inefficiency, and they, in turn, targeted the IRGC, but the main opposition that wants us gone, brought our rein under question, hardliners attack the Red Crescent and their rivals attack the IRGC, but that opposition publicized that all our institutes are incompetence. This must change.” (State-run ISNA news agency, March 30, 2019)

Social flood, the main concern of the regime

This week, the main words of Khamenei’s agents in the Friday Prayers were to express fear of the revolt in the society. In Karaj mullah Hosseini Hamedani expressed his concern: “The revolution’s enemies are going to cripple the establishment full force.”

In Ardabil, mullah Hassan Amoly said: “In these events, the enemy swiftly provokes the people’s feelings against the government.”(Fars news agency- March 29, 2019)

In confronting the devastating floods in Iran, the Iranian regime’s problem will duplicate because they are at loggerheads with the Iranian people who are going to topple them. During the past two years, starting with the 2017’s winter uprisings, we have witnessed protests and strikes against the anti-popular, plundering policies of this regime, on a daily basis. For this reason, many of the media and government agents have predicted that the year 1398 (March 2019-March 2020), to be a “hard”, “full of challenges”, and “tense” year.

On the recent devastating floods, Khamenei said: “The officials should learn their lesson from the current floods and apply those lessons to the construction of dams, roads, railways, as well as in future planning for urban areas.

But in fact, the Iranian people will teach a lesson to Khamenei and his regime after these catastrophic floods, by the uprising, which, like a flood, will wash away and overthrow this callous regime.